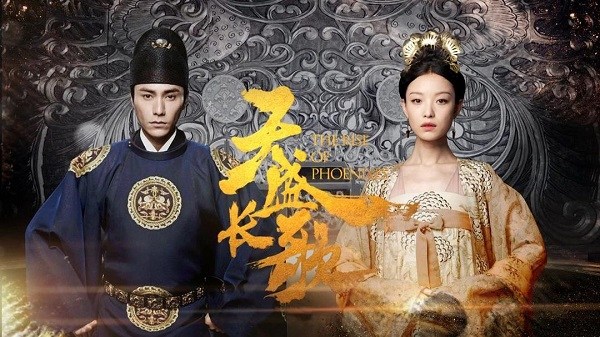 The Rise Of Phoenixes Season 2: Renewal of The Show, Delayed Release

The fans are eagerly waiting for The Rise of Phoenixes Season 2. But there hasn’t been any word from the show-runners about the next season of the show. However, The Rise Of Phoenixes debut season is enormously loved not only by the Chinese audience but all around the world. There are petitions, social media posts, tweets and even written requests to Netflix for the renewal of the show. The viewers are trying their best to get Netflix’s attention as they perilously want the sequel of the Chinese epic drama.
No one has spoken anything about the next installment of the show yet. But keeping in view the enthusiasm and requests of the audience, Netflix will renew the show. The Rise of Phoenixes is loosely based on the novel Huang Quan by Tianxia Guiyuan. However, the first season of the show took a whole different turn at the end. The twist also reflects the showrunners planned the show for more than one season.

What Could Have Happened In The Rise Of Phoenixes?

According to the novel, Zhiwei, the Princess of Dacheng played by Ni-Ni removes herself from the scene by committing suicide. And Ning Yi proceeds to fulfill his dream and legacy as the legitimate emperor of Tiansheng Kingdom. Because according to history, The Cheng Dynasty and the members of Chu are sworn enemies and both of them belongs to the respective. If Ning Yi and Ni Ni try to be together, they will initiate an endless cycle of pain even for themselves and for the people of their kingdoms.
Zhiwei’s and her bodyguard Nanyi’s (Bai Jingting) attempt to die by jumping off the palace wall had become ineffective. They both nearly escaped death and Zhiwei went missing. Everybody is in grief now as the Empress Of Dacheng is dead. But Ning Yi and Nanyi resumed searching for her. In the end, Ning Yi pretends his death to force Zhiwei to return and then left the kingdom for his brother, Ning Ji. By this, Ning Yi and Zhiwei could live out the rest of their life in anonymity.
But the show had a completely different plot and parted the lovebirds. Manipulated into thinking that the current kingdom of Zhewei was built upon the corpses of her loved ones, she ultimately decides to take vengeance against her enemies, including her lover Ning Yi. In the finale of season one, both of them are standing against each other as they are representing their empires.

As of now, the main cast of the show, Chen Kun is occupied with his upcoming movie The Weary Poet with the filmmaker Xu Haofeng. Xu is famous for making martial arts movies in a more realistic and less glamorized manner. The filmmaker’s other project with Kun and Zhou Xun, one of the four dan actresses of China. Henceforth, the audience has to wait for quite a long time to hear some good news about The Rise of Phoenixes Season 2.