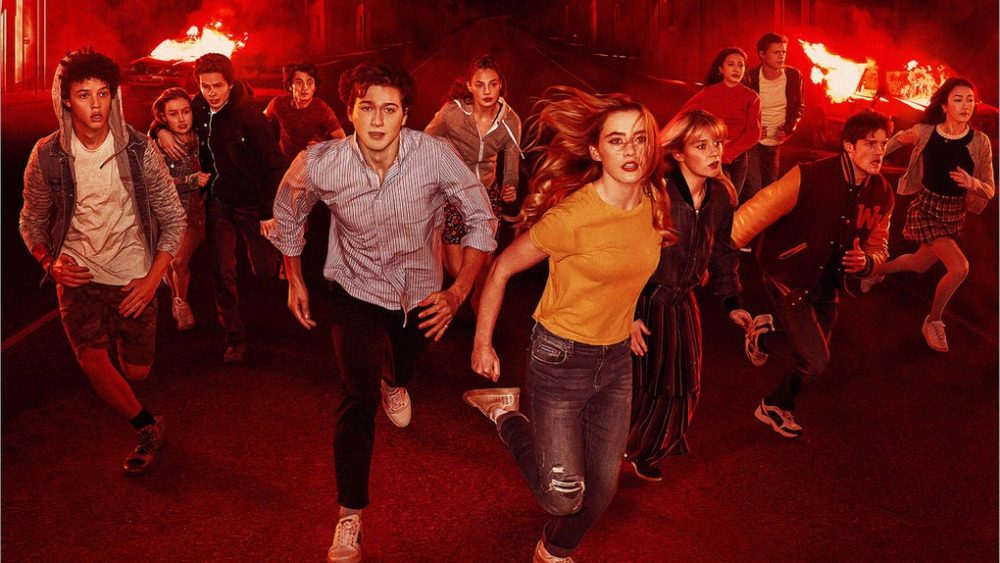 The Society Season 2: Cancelled Or Renewed? Will Netflix Bring It Back?

The Society is a Mastercard in Netflix’s dark drama game. With intense and confusing plotlines, the mystery series is all over our minds. Moreover, it was successfully picked up by the audience, including critics from around the globe. Since we’ve all binged the entire debut season now, it’s time to know everything about The Society Season 2.
Netflix’s trending series debuted on May 10, 2019. The story of the show follows a bunch of who teenagers who find themselves stuck in a dystopian world. This new world lacks their parents, the government, younger children and everybody except the teenagers themselves. Situated in the middle of nowhere, the place is then redeveloped by the kids into their own society.
The new season will have to answer various unanswered questions. This includes the teenagers’ survival in the strange town. They’ve now realized that it will not be easy to build up a new life. The high school kids will now have to create their own government, a plantation system, judiciary and everything else to survive. Moreover, we all know that there will be much drama when this practically happens. Will they be able to get their normal lives back? Is there another alternate universe where their parents reside?

It’s been a while since the first installment debuted. Hence, fans are eager to if there will ever be a second season. As of today, Netflix is yet to announce the renewal. However, chances are high for the teen-drama to have a second shot.
Fans and critics liked the premise and ideation. Also, the ideation worked out well for a large number of viewers. The series became popular in no time, which creates greater possibilities for the streaming platform to renew it. Netflix usually takes a month before renewing a show. Hence, we may have to wait for a few weeks to get any firm news about Season 2.

Soon after people binged on the debut season, they wanted to know what will happen next in the story. Season 1 left us hanging with a confusing finale. Hence, the excitement is legitimate, and fans have shown their interest over various social media platforms.

Numerous questions from Season 1 are still unanswered. Thus, fans are furious to get their answers. The series has a vast number of characters. Moreover, different characters follow distinctive plotlines. The Society is yet to define most of the plotlines, and viewers want that to happen soon.

@kathrynnewton @netflix I think her and Grizz will be the ones to save Allie and restore her rightful role of Leader! #TheSociety

Netflix is yet to announce the renewal of its popular teen drama. The first installment premiered in May 2019. Hence, it’s likely that the new season may also release around the same month. We can expect Season 2 to air by May 2020. However, it totally depends upon how long the streaming platform takes to renew the show for a second run.
The Society follows an unrealistic and unimaginable storyline. The dystopian world seems fun and exciting at first. However, in no time, this alternate world turns into a nightmare for the surviving teenagers. Netflix excels in playing with dark plot themes. Hence, it will be interesting to watch what may happen in the upcoming season of this mind-wrecking yet fascinating series.