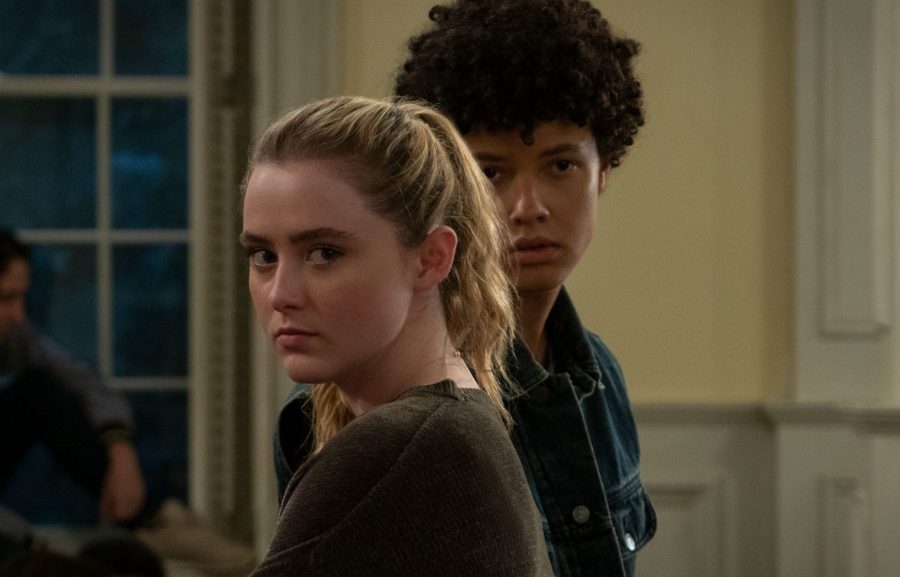 The cast of The Society Season 2 is getting along pretty well. They recently celebrated Thanksgiving together. Well, it’s been a while since the teen drama debuted on Netflix. Hence, it’s finally time to question when will the series be back on our screens. Don’t worry, here’s everything you need to know about it.
The Society premiered on the popular streamer back in May 2019 and instantly became a hit amongst its subscribers. The mystery series follows a bunch of teenagers that get stuck in an insane version of their own town. Upon returning from a field trip, the kids find out that all of their parents, siblings and other adults have vanished. Initially, the occasions seem like an offer to them. Hence, they enjoy their independence as much as they can. However, reality hits them soon, as they realize that it isn’t easy to manage a town all by themselves.

Earlier this year, Netflix added The Society to its list of highly popular teen shows. Well, as a matter of fact, the series turned actually turned out to be pretty successful. It impressed millions of Netflix subscribers with its strange yet intriguing concept. Henceforth, the streamer took no time to give us the green flag. Merely a few months later, in July 2019, the drama series was renewed for a second run.

The cast and crew of The Society Season 2 are yet to begin productions. As per reports, they may soon start filming this year. Most of the actors are currently working for other projects, however, Netflix will recollect them back in New Ham. Although the team usually hang out together. They recently celebrated Thanksgiving as well.

Well, the cast may not have begun filming for the upcoming season, though, they usually spend a lot of time with each other. Fans recently saw them celebrating Thanksgiving together. In a video on Netflix’s social media accounts, the actors go crazy in a pumpkin pie-eating contest. While the boys have to finish a pie without using their hands, the girls feed it to them. We hope that the cast members soon start productions as well.

Back in July 2019, the renewal of The Society Season 2 was announced alongside a video featuring the cast. The teaser stars most of our favorite characters as they declare that the popular teen drama will be back for another run. The actors explain the S2 means ‘more pie, more fugitives, and more memes.’
On the other hand, they reveal that the second installment will discuss further upon Charlie. Besides, we’ll soon get to know some secrets related to Becca’s baby daddy

as well. The cast members end the video with love for all the fans and promise that The Society Season 2 will be worth it. What are your expectations from the new season? Tell us in the comments below.


When Will The Society Season 2 Be On Netflix?

As of now, the streamer is yet to declare a firm air date of the crazy teen show. However, the series is set to premiere sometime in 2020. Like most of Netflix’s popular shows, The Society may follow an annual release pattern as well. Hence, fans can expect the second season to return around mid-2020. Although, it’s always wise to wait for an official confirmation.