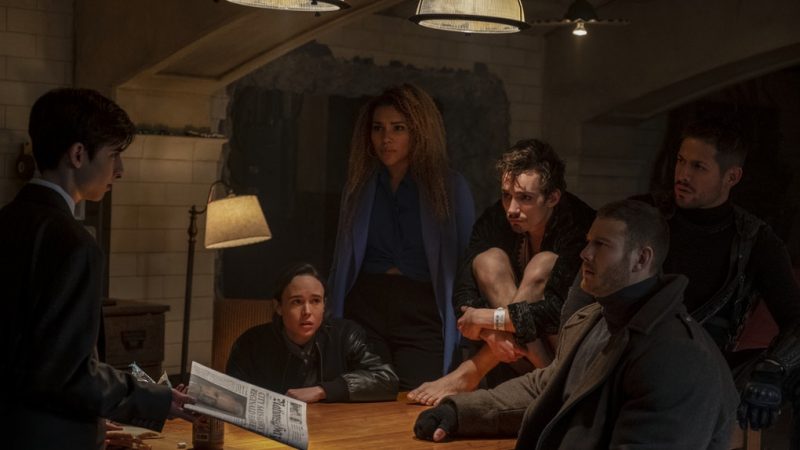 Our seven superheroes will be going right where it all began! The Umbrella Academy Season 2 is just a couple of months away from our Netflix screens. The Hargeeves siblings recently celebrated their birthday. They’re still filming the second installment and keep on sharing pictures with each other on their social media accounts. Well, as of now, we’ve got quite some secrets about the upcoming chapter. Here’s everything you need to know. Watch out for Spoilers!
The massive streaming platform is pretty proud to have the impressive sci-fi series on-board. With its debut back in February 2019, The Umbrella Academy gained much fame and critical acclaim for the unique concept and presentation. It is based on Gerard Way’s popular comic book of the same name. The television version lured millions of eyeballs into bingeing, and they now demand to know what happens next.

When Netflix got to know that around 45 million households watched Season 1 during the first month of its release, it didn’t waste a minute to show it the green flag. The renewal came along a small teaser back in April 2019. The cast and crew soon began productions for The Umbrella Academy Season 2. Filming started as early as June, and since then, the cast members have kept us updated about the schedule.

The Umbrella Academy Season 2: What Will Happen Next Season?

The Hargeeves Siblings creates much of a mess in the season finale. The lot struggled through the entire season only to return back to where it all started. Despite trying everything to avoid the apocalypse that was approaching their way, it all ended up in flames by the last episode. Vanya’s rage destroys the entire world and brought huge chunks of the moon falling on the Earth.
As of now, the superheroes plan to change things that led to the apocalypse in the first place. However, this time, the season may put its primary focus on Vanya.

The Umbrella Academy Season 2 will continue the plot from where it previously left. Although this time, the story may not entirely follow the original comic book series. It may have a few minor changes for Gerard Way’s actual story.

The siblings will turn back to teenagers in The Umbrella Academy Season 2. As compared to before, their relationships have improved a lot, and living their teenage lives again may bring them back together. However, a bunch of new twists are approaching their way in the latest installment. Besides, going back to the past may not be as easy for them this time.

The Hargeeves Siblings Celebrate Their Birthdays!

Upon the arrival of the nineteenth hour of the first day of October 2019, the Hargeeves siblings celebrate their birthdays together. All seven of them were born on the same date and time. Hence, the celebration matter for all of them. The cast members uploaded pictures from the day besides the birthday cake with the show’s poster.

We’ve all been waiting since long for The Umbrella Academy Season 2 to be back on screens. The streamer is yet to give us any details about its release. Although, like most of Netflix’s popular shows, we hope that it premieres annually as well. As of now, the earliest we can expect the installment is February 2020. However, it may take a couple of months extra.