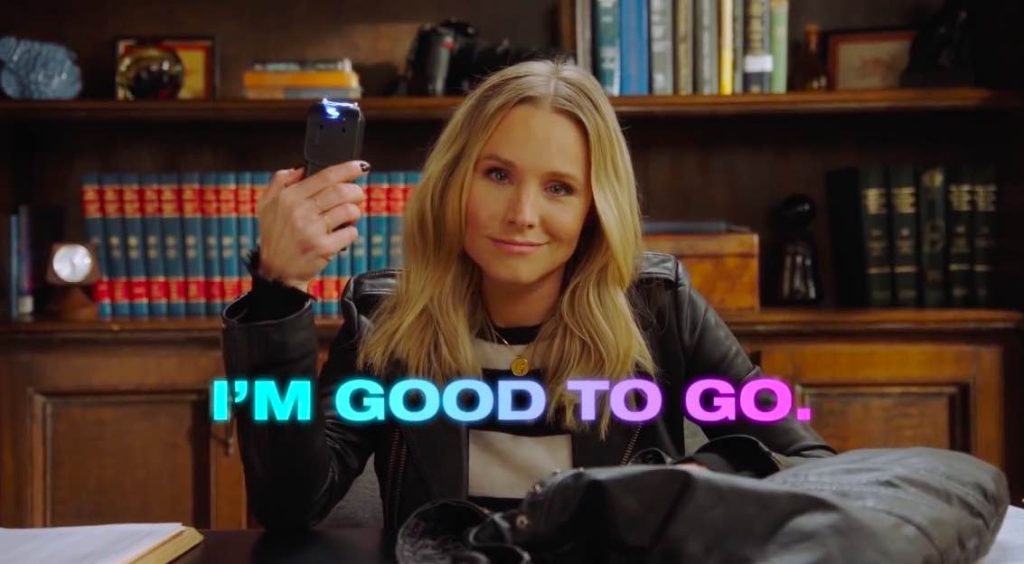 After a 12 year long wait, Veronica Mars is finally making a comeback for another run. The detective TV series is all set for another installment, Veronica Mars Season 4. Hulu’s Senior Vice President Craig Erwich made the announcement at the 2019 TCA Winter press tour.
Veronica Mars is a teen mystery drama series created by Rob Thomas. The show is set in the imaginary town of Neptune, California, follows a high school detective girl, Veronica Mars. The girl becomes a private detective with the help of her detective father. Kristen Bell portrays Veronica Mars.
The show debuted in September 2004, followed by another two seasons in 2005 and 2006, with the last episode waiting in May 2007. The first two seasons aired on UPN and the third season aired on rebranded CW. Veronica Mars Season 4 will premiere on Hulu along with the previous seasons of the series.

The teen sensational detective Veronica Mars herself revealed the premiere date in a small teaser trailer. The teaser was just 36 seconds long. However, it somewhat hinted towards the plot line of the fourth season.
The teaser featured Kristen complaining as “Drunks, derelicts, flashers, frat boys, sorority vomit, pickpockets, bottomless drinks and topless dancers, street scum and beach bums, and that’s just the walk to my car.”

Veronica Mars Season 4: Who Will Return?

Almost the entire star cast is returning back after 12 years for the show. Kristen Bell will lead the show as Veronica, alongside Jason Dohring as Logan Echolls. Enrico Colantoni also confirmed his comeback as Veronica’s father, Keith Mars. Also, Max Greenfield and J. K. Simmons will be there in the fourth season.
According to That Hashtag Show, some guest stars also have their appearance on the show. The fourth season will also include an ex-con, a cop, a cartel hitman and a nightclub owner.

What Will Happen in The Upcoming Installment?

Veronica Mars is back after so long. Therefore, the audience will see a whole new Veronica solving the mystery crime with her tactical mind. Meanwhile, Hulu also released an official logline for the new season.
According to that, Veronica Mars of Mars investigations hired to solve the murder mystery of the spring breakers in the Neptune city. The murders will affect the seaside town’s tourist industry as well. The parents of one of the murdered boys hire Veronica. The investigation will also involve the wealthy elites of the town. The murder mystery will draw till eight episodes, and Veronica will finally unravel the culprit.

Hope we can still be friends. #VeronicaMars returns July 26th, only on @hulu. pic.twitter.com/AIM7NRVJEz

The ‘Veronica Mars Season 4’ is scheduled to release on July 26, 2019. All the eight episodes will premiere on the same day. After almost a decade, the show is nearly ready to have its debut on Hulu.