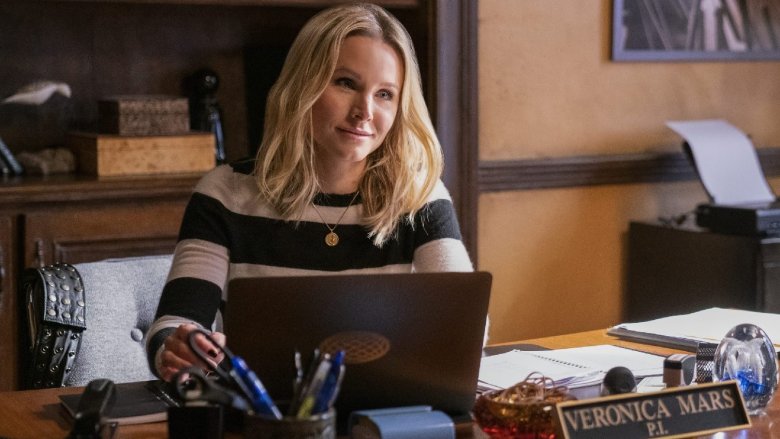 After years of wait, Veronica Mars recently came back with its fourth season on Hulu. The audience loved the new incoming and are more eager for Veronica Mars Season 5. However, the question is, Will Hulu renew the show for another run?
Veronica Mars debuted in September 2004 as teen noir mystery detective series. The show is set in the imaginary town of Neptune, California and follows a high school detective girl, Veronica Mars. She becomes a private detective with the help of her detective father. Kristen Bell portrays Veronica Mars.
Followed by the next two seasons in 2005 and 2006, the show gained much of popularity among all kinds of age demographics. The first two seasons aired on UPN, the third one on rebranded CW and the recent fourth one on Hulu along with the previous three seasons.

Till now, there has not been any word from Hulu for the renewal of Veronica Mars. However, the show’s creator Rob Thomas indirectly made clear that the show will renew for another run. He also expressed his intentions for continuing the series for much more seasons. When asked about Logan’s unexpected death on the show, Thomas also cleared that it was the demand of the story to kill the character off.
Thomas also discussed the future of the series. According to him, he and Kristen have talked about making the show until it’s Murder She Wrote, and he thinks for the show to work that way it has to work as a noir detective show.

What will happen in Veronica Mars Season 5?

The ending of the fourth season of Veronica Mars brought in a hell of misery for the fans of the show. Veronica (Kristen Bell) surfaced the main culprit behind Neptune bombings, who was no one but Pizza deliveryman Penn Epner. Also, Veronica and Logan (Jason Dohring) tied their knots at Neptune City Hall. However, the same day the two got married, Veronica went to detangle one more riddle about a suspected bomb planted by Penn only.

Veronica figured out that the bomb was in her car only. And as she went out to warn his just-married husband about the bomb, who was gone out to move the vehicle, she saw him turning into ashes in the explosion.
Though later she tried therapies and sessions to proceed in her life. She even continued to work with Mars Investigations and help her dad. As her firm also received popularity after Neptune Bombing case, Veronica hit the road to solve another case.
Therefore, the next season will likely bring in a brand new case for Veronica. Maybe she will also come along with someone who will help her to move on. It will be interesting to see where will Veronica’s fate will lead her.