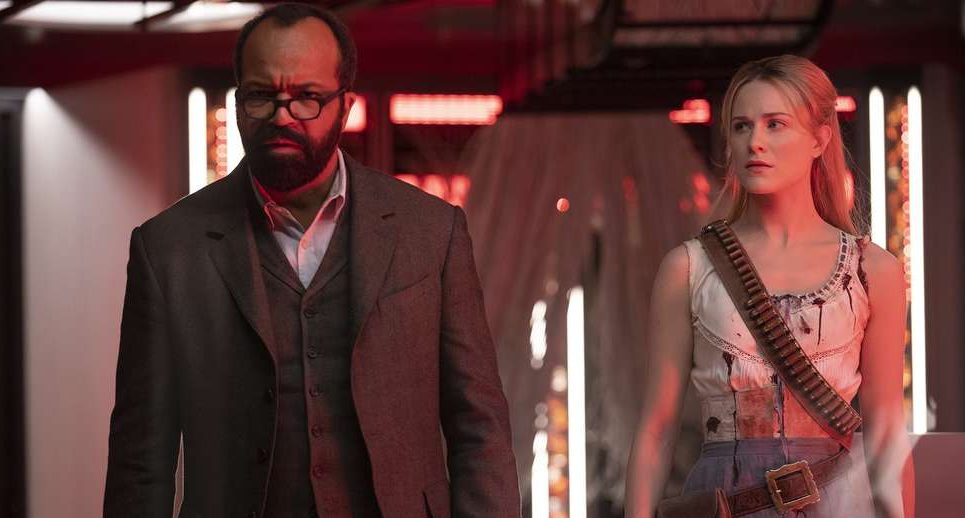 Jonathon Nolan and Lisa Joy, the creators of this sci-fi drama, have renewed the series for Westworld Season 3. They made this decision along with the broadcasting network, HBO after fans’ adequate positive response. HBO announced the renewal on 1 May last year during the airing of the second season. The show gained record viewership by becoming the most-watched first season of any HBO series. The plot of the show is based on a 1973 movie of the same name.
Westworld is an advanced amusement park which allows the guests to satisfy their wildest fantasies for a high price. The park has a plethora of android ‘hosts’ programmed to fulfill the customer’s desire. For the safety of the guests, the maker builds the host in a way that it does not physically harm the guests. So the guest can get away with anything against the host like even rape and murder.
The engineers had programmed the host, so that once they are destroyed, it would erase the memories of their previous lives. But the catch is that some of the hosts have retained the memories and now have the experience to deal with the wrongdoers.

Different news sources from different paces have confirmed that the producers would not restrict the third season to the USA only. An HBO official released the news that Singapore will be one of the shooting locations for Westworld Season 3. So the fans in Singapore can get ready to watch some action packed shooting. A talent agency in Singapore, Fly Entertainment had put out a post on Facebook. It was calling interested adult and child actors for an HBO Project’s audition, which we can guess.

Another news came from Europe, where the fans spotted Thandie Newton on the set in Spain. The award-winning actress was wearing a 1940’s period costume while shooting an action sequence last month. By looking at the pictures, we can see that Th andie‘s character Maeve is fighting a war soldier. Therefore she might have a rebirth in the next season, and will then be in a new park matching the wartime location.

Some Facts To Get The Excitement Going

After watching the end of Season 2, fans would be itching to know what will happen in the next one. One of the hints that the previous season gave was that the new season would feature the hosts in a real world. The creator Lisa Joy stated that Westworld Season 3 would explore what do the hosts find and what do they become. She also clarified that there is a character inside Hale who is not Dolores as Dolores is now back inside himself. But as not all the characters have escaped into the real world, we may also witness park scenes again.

Lisa Joy added that they set the post-credits scene, which made the fans go crazy, far in the future. She explained that the scene shows a different timeline where the roles of hosts and the man get reversed entirely. Now man has become the subject of testing and the bots test man in a similar way man used to test them.
Although it is the far future, one day we will witness such a storyline. Also, a fictional website known as discoverwarworld.com hinted that it may be of a theme park based on World War II. In that park, man would pretend to kill the Nazis or other villains. The error in Westworld park website also hints that the new season would introduce the new site to the viewers.

https://www.youtube.com/watch?v=deSUQ7mZfWk&feature=youtu.be
Reportedly, the filming is ongoing for the upcoming season. HBO has teased that the Westworld Season 3 will release in spring 2020. The fans should gear up for some new adventure and dark results coming from the parks.