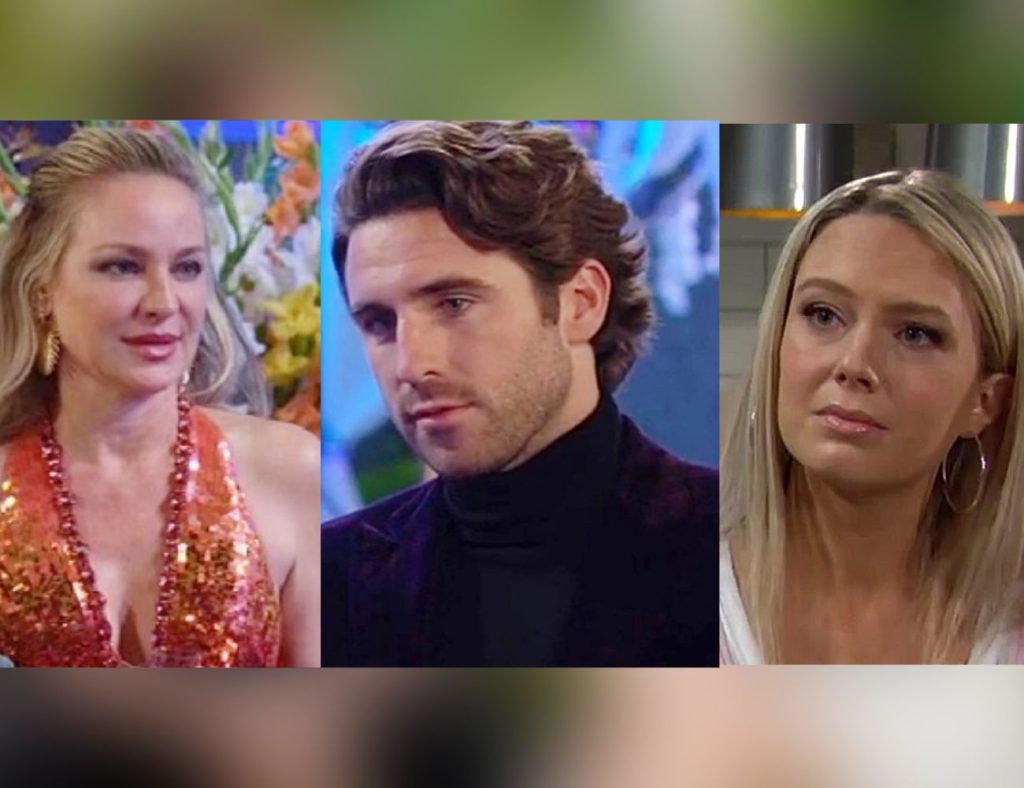 The Young And The Restless: Abby Gets Jealous As Sharon And Chance Come Closer

It has been a while since Chance and Abby’s love boat hit a betrayal-sized iceberg on The Young and The Restless. Abby may feel like what happened was not intentional and just a mistake, but even mistakes have consequences. And this mistake may have just lead her husband towards another woman! Sharon Rosales! As Abby feels a wave of jealousy surge through, what will she do? Will she accept that her marriage was long over and give up? Or, will she fight for her man?

It may have been Chance catching Abby hooking up with Devon that lead Chance to finally walk out the door, but their marriage was heading towards it a long time. Chance had been continually becoming distant from Abby on The Young and The Restless. He would choose to spend his nights guzzling drink after drink by his lonesome at the bar rather than be with his family. Abby, too couldn’t stop complaining about how left out and ignored she felt by him. Chance felt like she did not understand his cop life. Moreover, he felt like he just plain wasn’t happy.

There was trouble taking shape in slow motion in their paradise anyway. However, when Chance walked in on Abby and Devon getting hot and heavy on the couch, it was the last nail in the coffin. Instead of creating a massive scene, unlike most soaps, Chance told Abby that she and Devon were endgame. He persuaded her to accept her feelings for Devon and pointed out that Chance was just not the man she needs. Abby, although wasn’t convinced and didn’t want her marriage to fall apart. However, Chance eventually decided to move out of the house, taking the first step to ending their marriage. But will Abby comply?

Chance Leans Towards New Love With Sharon, Abby Feels Jealous On The Young And The Restless

Despite Chances many attempts at making Abby understand that their marriage is dead, Abby is not ready to let go on The Young and The Restless. She still loves Chance and fears what her life would be without him around. She also doesn’t want Dominic to lose Chance. However, Chance is convinced that she and Dominic would make a better family with Devon. Maybe Abby would see a future with Devon eventually, but that day isn’t today! She is not ready to back out of Chance just yet.

On the other hand, Chance these days is spending a lot of time with Sharon on The Young and The Restless. While the two don’t have any romantic history together, they sure can have a romantic future! They already have a soft corner for each other from the time Rey passed. Chance checked up on Sharon and closed all of Rey’s open cases.

Meanwhile, Sharon these days has been lending him her ear and support a lot! It wouldn’t be a shock if their friendship soon turns into something more. However, when Abby catches wind of it, she is sure to turn green. And her desire to win back Chance might become more fierce! Looks like a new love triangle in the form of Abby, Chance and Sharon is coming our way on The Young and The Restless. So stay tuned to see how it plays out!