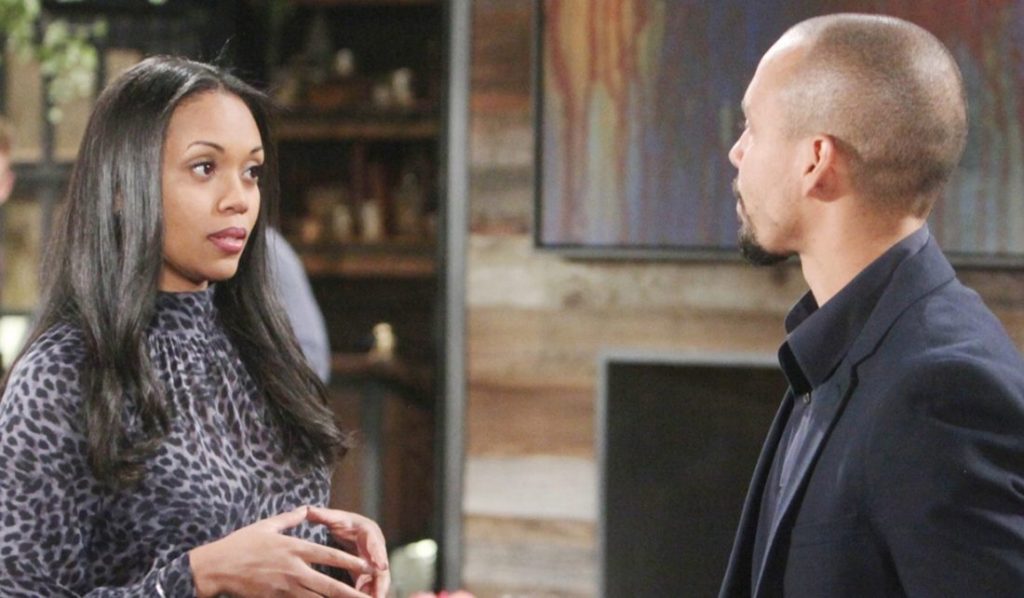 The Young And The Restless: Amanda And Devon Splits Up Because Of Abby?

The Young and the Restless viewers know that Amanda and Devon recently moved in after coping with their relationship hiccups. They seem pretty happy together, but their happiness might not last much longer. The latest Y&R spoilers indicate that Devon might ruin his relationship with Amanda shortly.

The Y&R viewers might have noticed that Chance’s presumed death has changed not only Abby and Dominic’s life but also Devon’s. Devon will be attached to Abby and Dominic too much, which might affect his relationship with Amanda. Will his attachment to Abby lead to their separation? It is likely.

The Young And The Restless: Amanda And Devon’s Relationship So Far…

The Y&R viewers know how Amanda and Devon have defeated the hiccups in their relationship. They have been supportive of each other all this while. However, Amanda forgave him for cheating on her, and they moved in together recently.Y&R spoilers suggest that Devon is also thinking of proposing to Amanda. They seemed pretty good as a couple, but more spoilers indicate that things might turn the other way round.

Amanda has always been encouraging for Devon regarding his biological son, Dominic. In addition, she always urged Devon to make a connection with Dominic. She even understood the importance of Devon being there for Abby after Chance’s presumed death. But now, as Devon is obsessed with Abby and Dominic, her understanding might put her in a dilemma. Will she confront Devon about her dilemma?

The Young and the Restless viewers would have noticed Devon’s involvement in Abby and Dominic’s life. He is getting addicted to Dominic and Abby after Chance’s presumed death. But, as Devon is helping Abby cope, it might spark their bond and result in something romantic.

Abby is relying on Devon for emotional support these days, and she might ask him to step up as Dominic’s father. Moreover, seeing Devon’s obsession, he might say yes to that. Devon is single-m indedly thinking about Abby and Dominic these days, and it looks as Devon has no other thing to think about. He spent all day at the Chancellor’s mansion these days. And that might bring Abby and Devon closer. Will Devon leave Amanda for Abby?

The Young And The Restless: Amanda Leaves Devon?

Y&R viewers know that Devon is not being physically and emotionally available to Amanda these days. He is busy with Abby and Dominic, whereas Amanda is fighting for her father’s justice. Devon only thinks about Abby and Dominic these days. Recently he witnessed Amanda and Sutton’s fight, but he is still more concerned for Abby and her son. Amanda is trying to be patient with Devon right now, but it won’t take time for the balloon to burst.

Amanda hopes Devon to support her when she testifies against Sutton. But seeing Devon’s behavior, it looks that he might ditch her. Devon’s over-caring nature towards Abby will put Amanda in a problematic situation. And she might give a second thought to her relationship with him. Spoilers suggest that Amanda will try to examine the situation before making any decision carefully.

Amanda is smart, and she will realize that her relationship with Devon is not moving in a good direction. Celebdirtylaundry.com hints that some drama is on its way as Amanda and Devon might get into an intense fight. And Devon might get defensive due to his obsession with Abby and Dominic lately. Will she confront Devon? What if Devon proposes to her? Will she give the relationship another chance?

Seeing the present situation, they might split. Let’s see. The Young and the Restless viewers are in for some crazy drama. So, stay tuned and keep an eye on this space. Tvseasonspoilers.com will keep you updated with all the news about the soap as it surfaces.