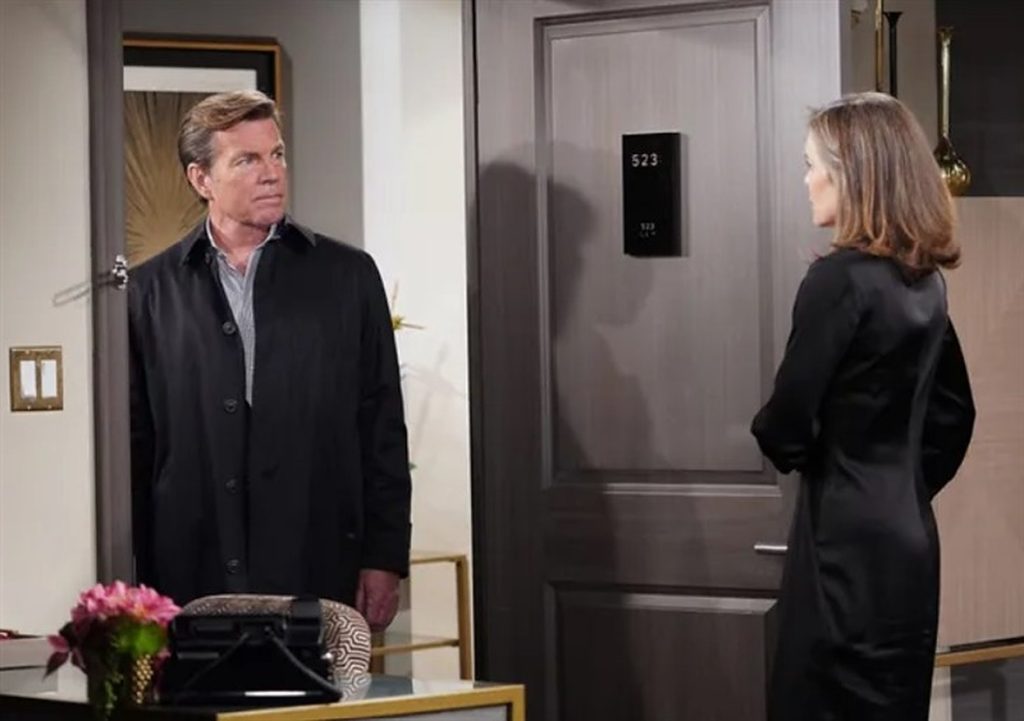 The Young And The Restless: Peter Bergman Reveals The FATE of Diane WINS OVER Phyllis?

Diane has had a sketchy history in Geona City on The Young and The Restless. She has done a truck load of damage to many of the characters and has seemed massively irredeemable in the yesteryears. However, Diane Jenkins is full of surprises, and is hell bent on proving, that even with her nasty and manipulative past, she can still redeem herself. She has shown considerable growth and sincerity ever since her latest return.

Actor Peter Bergman, Jack Abbott of The Young and The Restless agrees that Diane for once is making the right steps in her life. In a quick chat with Soap Opera Digest, Peter raved Diane’s comeback and her portrayer, actress Susan Walters‘ acting prowess. “I’m still regularly surprised” he enthused, talking about the storylines of Y&R. Peter confessed that he doesn’t like to know his story much in advance and likes to get surprised by the script. Recently, Diane’s character arc has surprised him immensely. Moreover, he is in awe of how much Susan brings to the table with her talent.

Will Diane Defeat Phyllis In Her Own Game On The Young And The Restless?

Peter thinks it’s commendable that Diane is trying to turn a new leaf on The Young and The Restless. It takes a lot to return to a town where everyone hates you. But Diane is facing it all. Just to be able to make amends to the two people who truly matter to her. Jack, the man she still loves deeply. And, her son, Kyle. He stated that Jack can see that Diane is sincere in her efforts. Despite the fact that Phyllis, Ashley and Nikki have all rallied up against her, she is still standing her ground.

Phyllis has currently succeeded in running Diane out of town, or so she believes, on The Young and The Restless. However, the truth is that Jack and Kyle have swept her off to safety in a remote cabin. Winning Diane certain support and a soft spot with Jack. He has taken over the role of Diane’s protector and is increasingly getting closer to her. Does that mean, Phyllis will lose in her own game? Or, will the Jeremy-sized weapon she brought in to wipe off Diane, will end up cementing her in Jack and Kyle’s life?

Going by where the story is currently heading on The Young and The Restless, the latter seems more plausible. Actor Peter Bergman believes that Kyle has shown a lot of growth ever since he reconnected with Diane. Thus, it seems certain that Jack and Kyle would not want to lose Diane. And, if that happens, Phyllis’s plan would go kaput. So, it’s evident that actor Peter Bergman, as well as Jack, are Team Diane! Which team are you on? Team Diane or Team Phyllis? Tell us in the comments! Meanwhile, stay tuned to The Young and The Restless to find out what happens next!