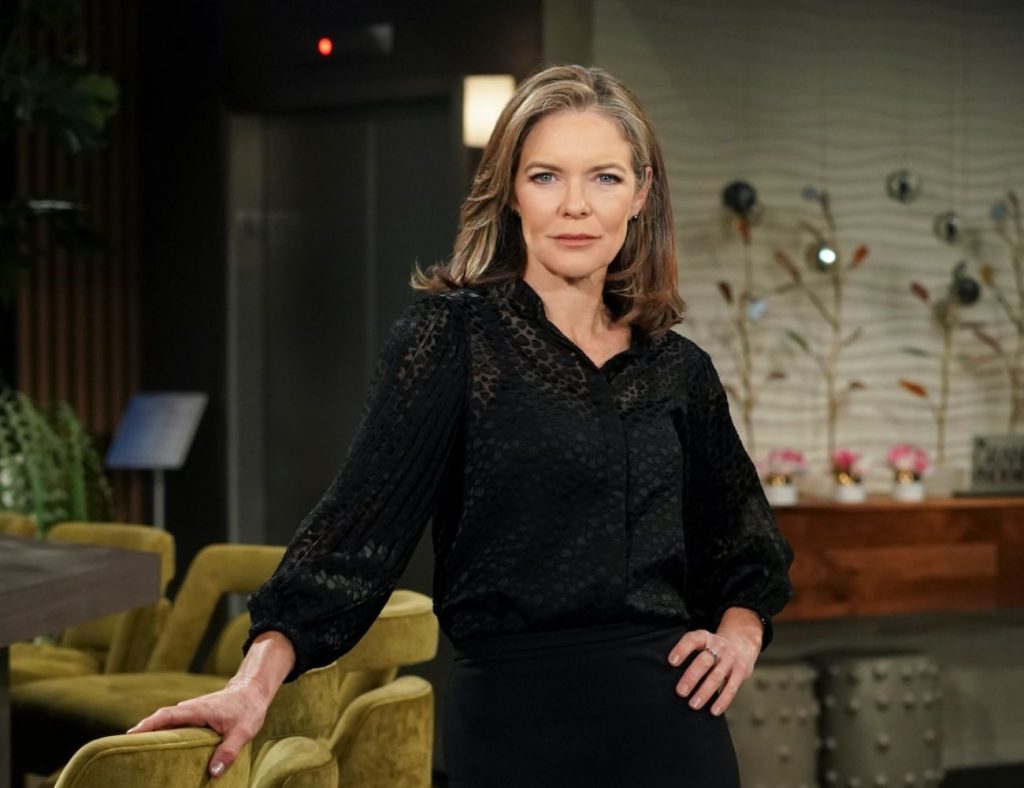 The Young And The Restless: Susan Walters Reveals Why She Decided To Come Back To Y&R, Speaks About The Future

Diane Jenkins had been missing from the canvas of The Young and The Restless for a while after she faked her death on the soap. However, Diane returned when actress Susan Walters finally chose to return home to Y&R earlier this year. When she returned, she seemed to be a lighter shade of her former self. Even though she claimed to be a changed woman, the other women of Geona City made sure her return was full of struggles. Phyllis, Ashley, and Nikki left no stone unturned to tear Diane down to shreds. They wanted revenge for all that Diane had done in the previous years and wanted her out of Geona City.

While fending off attacks from her enemies has not been easy for Diane. It also wasn’t easy for her to make amends with her family on The Young and The Restless. Actress Susan Walters spoke to Soaps Central recently and shed some light on her journey back as a reformed Diane on Y&R. Susan admitted that playing good has been harder for Diane than playing bad. She has had to repent for so much crap that she has done. She also had to confess to so many uncomfortable things. However, she also added that it’s easier to be able, to be honest about things rather than just manipulate people all the time.

So does that mean viewers should prepare to see a all-new Diane who only walks the straight and narrow? Well, thankfully, no! Susan admitted that while, she is being honest when she’s talking to Jack and Kyle, it may not be so all the time. Surely Diane has changed, but “nobody is Gandhi” she added. On the topic on Jack. Susan believes that Jack is surely Diane’s happily ever after on The Young and The Restless. However, she isn’t sure if or when that will happen. After all, it is soap operas we are talking about! For how long can really have a happily ever after on an ongoing soap?

The Young and The Restless actress also shed some light on why she chose to return to the famous CBS soap even after her character was murdered. She just wanted to play a woman her age, Susan admitted, and not just be a mom to some teen on a show or just give outlines as a doctor to some other character. She wanted to do a relevant character that still had a story to tell.

Besides, COVID had a hand to play in it too. Susan shared that she didn’t want to fly out to different places to shoot during COVID. She did not want to get quarantined in a hotel as she is claustrophobic. The Young and The Restless is shot locally and she admitted that she loved the idea of being able to just drive and get there.

Speaking about her future on the soap, Susan says she is really bad about thinking about the future. She just opens up the script and looks at it as a juicy episode coming up. However, she feels Diane knows exactly what she wants on The Young and The Restless. She knows what she wants with and for her family, and she knows who her happily ever after is. (Jack, we are assuming Susan pointed to that earlier!) The talented actress also pointed out that shooting with actress Michelle Stafford

is her best days!

Susan just loves the scenes Diane has with Phyllis! Well, we are sure there are going to be plenty of those in the future! We can already see a Phyllis-Jack-Susan building up on The Young and The Restless. Susan shared that Phyllis will always be present between Jack and Diane. They both also share great chemistry, just like Jack-Diane. We are already so excited about this! What about you? Please share with us in the comments! Meanwhile, stay tuned to The Young and The Restless on CBS, airing on weekdays!