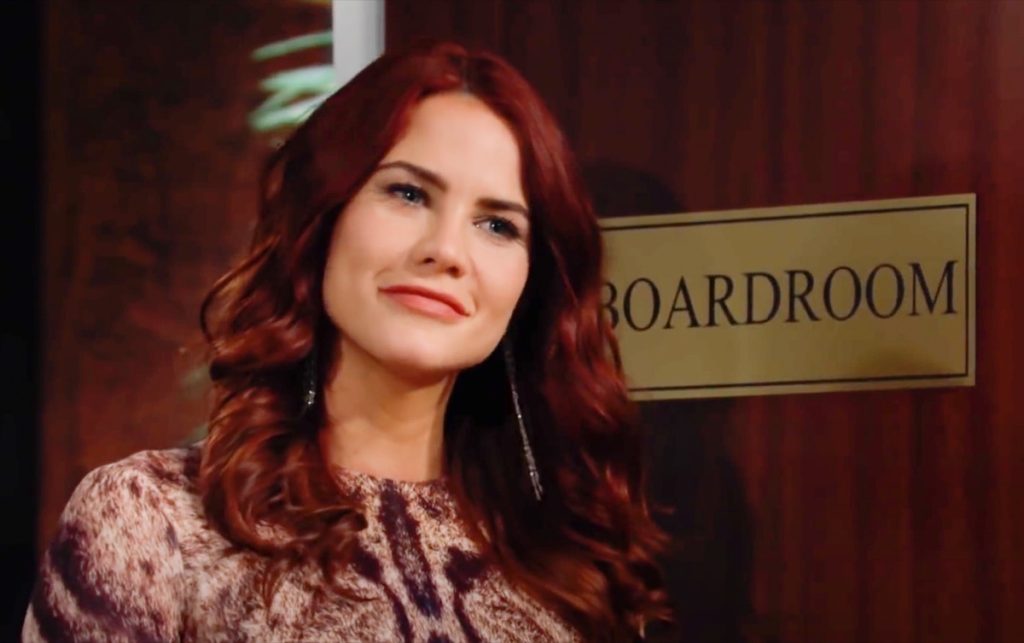 The Young And The Restless: Sally Lands At Chancellor-Winters, Devon, Lily, And Sally Give Tough Competition To Victoria

The rivalries on The Young and The Restless are just as plenty as the romances. Recently, we witnessed Victoria kicking out Sally from Newman Media, for reasons that can’t be termed entirely professional. Meanwhile, at Chancellor-Winter’s Lily has similar decisions to make regarding Billy. However, not until she can find a suitable replacement. Are we about to see these two stories crossing over? Will Victoria’s loss with Sally end up becoming Lily’s gain? Let’s find out!

Victoria Shows Sally The Door On The Young And The Restless

Victoria Newman was never really on board with the idea of Sally being CEO of Newman Media. However, she had to bide her time till the 90-day trial was up. Once that was up, Lady Newman wasted no time in pulling the CEO seat from under Sally. As much as Nick tried, he couldn’t convince Victoria to let Sally stay on. Although, he did soften the blow by delivering the news himself to Sally on The Young and The Restless.

While Sally felt devastated because of the shocking firing, she still didn’t accept Nick’s offer of trying to find her a new job. Similarly, she also declined Adam’s offer to help her on The Young and The Restless. It is to be noted that Victoria firing Sally had nothing to do with the latter’s professional capabilities. Nick rightly pointed out that Sally was doing a great job at Newman Media. While Victoria might be reveling in her joy of kicking Sally to the curb, Sally won’t stay down there for too long. The Spunky Spectra has a tendency to bounce back. She will surely find a way to rise back up and rub it in Victoria’s face.

Will Lily And Devon Replace Billy With Sally? Victoria To Face a Tough Time!

Billy on The Young and The Restless was not really meant for the corporate run. The latest spoilers suggest that Lily and Devon are having a tough time getting the job done that they have delegated to Billy. Consequently, they might start to feel the need to bring a more competent COO on board for Chancellor-Winters. Does that mean Lily might zero in on the freshly out of a job, Sally?

Lily is a smart businesswoman, and she knows what she’s doing. While Victoria, for her own reasons, overlooked Sally’s caliber, Lily will not be that blind. The Young And The Restless spoilers suggest we might just witness a new female duo rising to power! Could that come in the face of Lily and Sally? It’s highly likely if you ask us! Chancellor-Winters would benefit greatly from a COO like Sally. Although, it’s a position that would be a step down from Sally’s CEO spot at Newman Media. But at least there will be recognition and support! Lily, Devon, and Sally would make a great team.

And we might get to see some amazing face-offs between the trio and Victoria once Sally has a seat in Chancellor-Winters. After all, Victoria is hatching a plan to take over Devon and Lily’s firm, they would want to give Victoria a tough time teaming up with Sally! We would love to see this happen! What about you? Do you think Sally and Lily would make a great pair? Please share your views with us in the comments below. Don’t forget to tune in to CBS over weekdays to find out what Sally does next on The Young and The Restless!