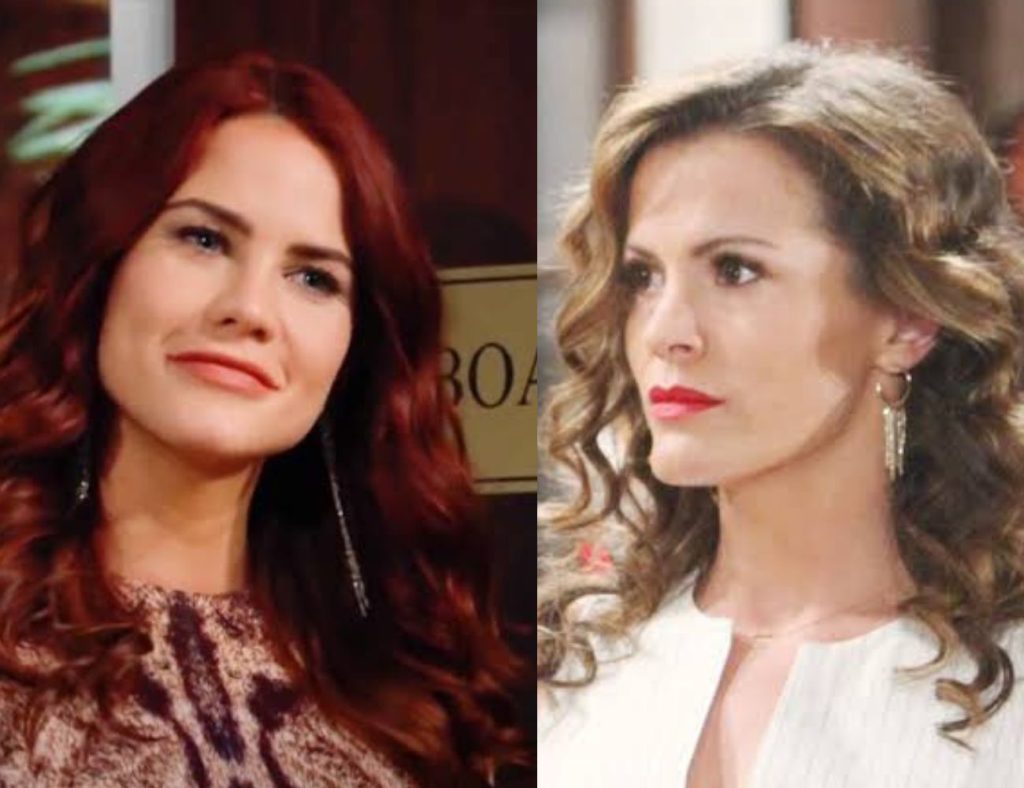 The Young And The Restless: SHOCKING PARTNERSHIP, Chelsea and Sally Team Up

Heartbreak season continues on The Young and The Restless! However, this time our damsels are not distressed over losing romantic interests. Sally is broken over losing her job at the hands of almost-lover Nick, and Chelsea is shattered over still being out of the circle with her sons. We wonder if we are heading towards these damsels uniting to form a dynamic duo to conquer Geona city!

If getting involved in a catastrophic love triangle with the Newman brothers, Nick and Adam, weren’t enough, Sally has a new thorn in her foot! On The Young and The Restless, Victoria decided to fire and replace Sally Spectra from Newman Enterprises. However, Nick fought hard to save Sally’s CEO position. Sadly, Victoria is the one with the final call, and she called it! Nick ushered the news to Sally as gently as possible. But to no avail.

Understandably, Sally feels shattered. But, not letting go of her dignity, she swiftly declines Nick’s offer of finding her another job. However, the spunky Spectra later drown her sorrows in glasses at Society. But, if there is one thing we know about Sally, it is that she doesn’t stay down for long! She has burnt to the ground before, and she rebuilt herself! So, of course, there is no doubt she will do it again! Although, it will be interesting to watch how she does it this time!

The Young And The Restless: Chelsea Feels Defeated, Locks Herself In Hotel Heartbreak!

Chelsea tried, she really tried to build a path back to her sons, Johnny and Connor, but failed miserably. First, it was Victoria and Billy trying to keep her away from telling Johnny that she is her biological mom, then Johnny himself rejected her. The lost mommy on The Young and The Restless then tried to persuade Connor to be on her side, but he, too, shot her down.

The woman who had blasted all sorts of bombs in the past has now found herself feeling rather defeated. Drowning in her own misery, Chelsea walked away from her job at Fenmore and even declined the chance of hosting her own podcast show. Instead, she has chosen to lock herself in her hotel room and stare at the ceiling blankly. Very unlikely of The Young and The Restless fashionista! We wonder for how long she will take all this lying down before she decides to lash back.

Sally and Chelsea, TEAM UP! Victoria, Look Out!

Interestingly, the main common vamp in the two fashion diva’s life seems to be Victoria at the moment. She took away Sally’s job and shut out Chelsea from Johnny’s life. It wouldn’t be a shocker to see this act as a catalyst in bringing this duo together. Fiery Sally can surely pull Chelsea out of her hole of misery! And the two could then join forces to lash back at their common enemy. After all, Hell hath no fury as a woman scorned! Right? And we have TWO!

It would make for such a fantastic watch if Sally and Chelsea can move past their issues and team up! After all, their issues truly fade in comparison to what they’ve just witnessed. The dynamic divas can totally pull off having a fashion house of their own! Sally has the experience of starting from scratch, and Chelsea is no less! Would you be game for this partnership? Please share your views with us in the comments. And stay tuned to the CBS over weekends to watch what the divas decide to do next on The Young and The Restless!