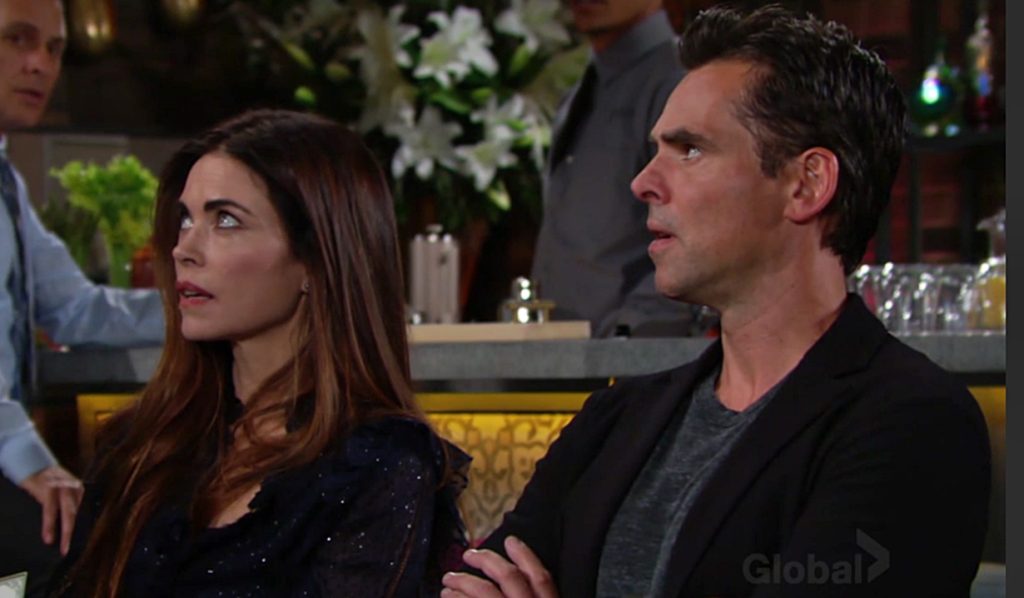 The Young And The Restless Spoilers: Billy Becomes Victoria’s Rock When She Grieves Ashland’s Death

This someone will be Billy Abbott. But, The Young and the Restless spoilers hint that Billy won’t only give Victoria the emotional support she needs, but the two of them might end up in the bed together. What will all happen? Keep reading to find out.

The Young And The Restless Spoilers: Billy Becomes Victoria’s Support, How Will This Pan Out?

Right now, Victoria is taking it one day at a time. She is trying to live in the moment with Ashland. But eventually, she will have to accept that Ashland won’t stick for very long. Victor loves seeing his daughter happy, but this happiness will soon flee because of Ashland’s terminal cancer. Ashland might even die before this year ends. What will Victoria do then?

We know that whatever happens, it will push Victoria into a state of dark despair. She seems to be genuinely falling in love with Ashland. So, the pain will be genuine too. Who will Victoria rely on when she is left alone after Victor dies? Celebdirtylaundry.com suggests that this person could be Billy Abbott. He might soon step up for grieving Victoria. He has been obsessed with her lately.

While he is trying to give other excuses and claiming that he is moved on. It doesn’t seem legit. The more Billy tries to act like he has moved on from Victoria, the less true it feels. So, in the upcoming days, after Ashland leaves Victoria, The Young and the Restless might put Victoria and Billy together.

Victoria is going to need someone after Ashland, and this could be Billy. Would the two of them end up in bed? How will things pan out for them? We will have to wait to see. Tvseasonspoilers.com will keep passing on all the updates about the soap as it surfaces. So, stay tuned.