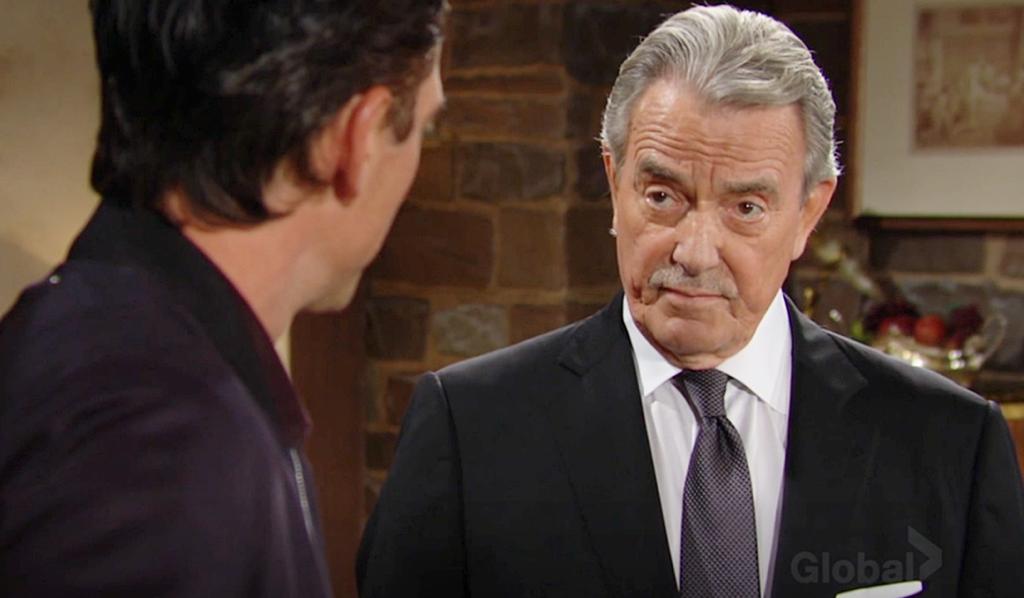 The Young and the Restless spoilers for the upcoming two weeks (October 18-29) reveal that viewers are in for some great action. For the week of October 18-22, Y&R viewers will get to see Billy as he lets go of his desire to take Ashland down. Nick and Victor will get in a face-off, and Adam-Sally will come closer. Lauren and Chloe will also get into a confrontation. Then things will become tricky for Tessa and Mariah. The Young and the Restless spoilers suggest that Abby will also come to know about something really troubling. What will this be?

As we move into the week of October 25-29, Abby will continue to be distraught with whatever she has come to know. Amanda will work on some legal casualties, and Kevin-Rey will bond over their hate for Adam. Speaking of Adam, spoilers suggest that he and Victor will make moves to take Billy down. But what will they do? Here is everything to know.

The Young And The Restless Spoilers For The Week Of October 18-22: Billy Lets The Takedown Go

Starting off the week of October 18-22, The Young and the Restless spoilers suggest that Billy will make a huge decision. He will prove that he cares about Victoria more than his desire to expose Ashland to everyone. So, after Ashland tells Billy that Jesse Gaines has been neutralized, Billy will delete the video Jesse had sent him. This will be a huge thing for Billy, but he will let the takedown quest go.

More related spoilers suggest that while Billy lets this whole thing go, Victor will take steps to ensure Gaines is “neutralized.” However, Nick won’t like all of this. The Young and the Restless spoilers suggest that Nick will feel that maybe Victor shouldn’t give Ashland so many chances. So, he will have a face-off with Victor, but this won’t be fruitful.

Victor and Adam are in cahoots about saving Victoria and Ashland’s wedding. So, both of them will have some harsh words for Nick. They will want him to back off and accept whatever is happening there. When this happens, Nick will be taken aback. However, Nikki will step in and try to patch things up between this father-son duo. But, will it work? It is less likely.

As for Sally, The Young and the Restless spoilers suggest that the week of October 18, 2021, will be the week where Sally and Adam give in to their temptations. A lot of sexual tension has been building between the two of them. In the upcoming week, Sally will make out with Adam, and this could prove to be a major turning point for their budding romance.

More Sally-related spoilers suggest that she will witness a close moment between Phyllis and Jack Abbott at some point in the upcoming week. She has also been suspicious about these two. And now, when she sees these two, she will be sure and use them to her advantage. But what would Sally do? We will have to wait to know.

The Young And The Restless: Chloe Tries To Straighten Things With Lauren

The Young and the Restless spoilers suggest that back in Genoa City, Lauren and Chloe will meet where they will try to straighten things out. Spoilers suggest that there is much tension because of the whole dress swap thing. So, Lauren will want to know the truth about it.

Spoilers suggest that Chloe will come clean about Sally’s plan and hope that Lauren can let it go. She will insist that what matters at the end of the day is that Victoria got the kind of gown she wanted. But, it looks like Lauren will not let this go. So, Chloe might be in some serious professional trouble in the upcoming days.

Trouble For Mariah and Tessa

On the other end of the town, Tessa will be back from her trip to Tuscany, and she will come home to Mariah. They will share some tender moments. However, love won’t be in the air for them for a long time. The Young and the Restless spoilers for the week of October 18, 2021, reveal that Tessa might be in some trouble with Mariah. She might have told Noah Newman

about how things have been difficult between her and Mariah.

So, when Mariah comes to know about this, she wouldn’t like it. Mariah, anyways, doesn’t like it when Tessa talks to other people about their issues. So, that might cause some issues.

The Young And The Restless Spoilers: More Spoilers

Speaking of Noah, he will visit his mother, Sharon Rosales, who will be delighted to have her son back. Then, Noah will tell her his plans to stick around. And this will send Sharon over the moon. It will be really heart-touching to see this mother-son duo reconnect.

While Sharon and Noah enjoy some time together, Abby will remain frustrated because of her missing husband. Chance has been MIA, and she doesn’t know how long this mission will continue. Abby has been trying to put on a brave face, but it looks like Devon will sense that Abby is struggling.

More related spoilers suggest that Christine Willaims will drop a bomb on Abby that will leave her distraught. As speculation has it, Chance might be presumed dead. So, this will tear Abby’s world apart.

Rounding off the week of October 18-22 will be Ashland and Victoria, who will start focusing on what’s coming for them next. They know that they don’t have a lot of time because of Ashland’s health issues. But, Victoria will assure Ashland that they will make the best out of every moment they have now that they are married.

It looks like viewers will get to witness some really romantic moments coming up between Ashland and Victoria in the upcoming days.

The Young And The Restless Spoilers For The Week Of October 25-29: Abby Relies On Ashley, Amanda Works On Some Legal Casualties

As we enter the week of October 15-29, The Young and the Restless spoilers suggest that the Abby-Chance storyline will take center stage. Whatever news Abby gets from Christine, she will be distraught. So, she will rely on Ashley Abbott for comfort.

We can assume that Devon will be by Abby’s side too. He has been there for Abby and Dominic ever since the whole pregnancy storyline rolled out. So, he will continue to do that. Devon might even assure Abby that he will always be Dominic’s father, no matter what happens. So, some emotional moments might play out there.

Speaking of Devon, The Young and the Restless spoilers for the week of October 25-29 reveal that his girlfriend Amanda Sinclair will have some legal issues. She will turn to Michael Baldwin for help regarding this. It looks like Sutton Ames will try to pull something off. So, Amanda will want to prepare beforehand.

More spoilers suggest that Amanda will also have some advice for Devon. Celebdirtylaundry.com suggests that Amanda might point out that he isn’t Dominic’s official father. So, he should look into it. It seems plausible that Devon will embrace the whole fatherhood thing once Chance is declared dead. So, Amanda will want to ensure Devon’s interest.

On the other end of the town, Kevin and Rey will get into talking and realize that they are facing the same issues. They will put their heads together and work through them. The Young and the Restless spoilers suggest that this could be about their mutual hatred for Adam. So, the two men will mull over that.

Rounding off the week of October 25-29 will be Victor and Adam, who will team up and work on yet another scheme. This could have something to do with the revenge they want to seek from Billy. Will they target ChancComm? We will have to wait.