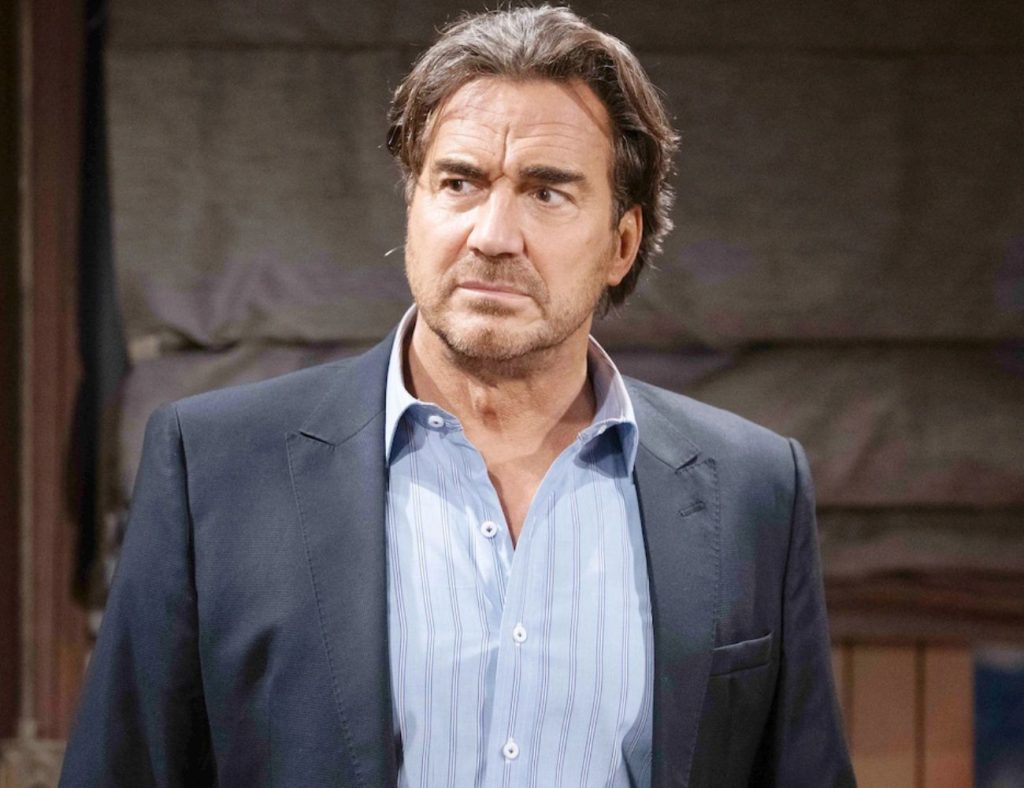 The Bold And The Beautiful: Ridge’s Romantic Future REVEALED, Here Is What B&B Is DOING

Brooke and Taylor have formed an unlikely alliance on The Bold and The Beautiful. The women have joined forces to ensure Ridge finally learns to stop making the same mistake he has been making since kingdom come, Waffling between them both. The latest spoilers suggest that Ridge will be nursing his heart alone on The Bold and The Beautiful as Brooke and Taylor have decided to take time away from him. Does that mean Ridge’s love life is done for? Keep reading to find out!

Ridge has been bouncing back and forth between Taylor and Brooke like a ping pong ball for decades now, For the life of him, he has never been able to make up his mind over who he loves more. And, even if he ever did decide, he never could stick to his choice. The two ladies had been putting up with his waffling ways forever, in hopes that this time would be the last time. But, Alas! it never was the last time with him. Thus, Brooke and Taylor decided to take the matter in their own hands and decided to turn their backs on him for time being on The Bold And The Beautiful.

Brooke pushed Ridge to go on a soul-searching mission on The Bold and The Beautiful to finally figure out what he really wants. However, when he returned, the women put a icepick in his heart! Only figuratively, of course! But yeah, Ridge Forrester has been condemned to a cold and lonely winter. Ridge has always had a lady in waiting in case he left the one he was with. Thus, being single for once could be a good learning curve for him on The Bold and The Beautiful. Maybe, just maybe, Ridge will learn that his indecisiveness comes with a cost. A very very heavy cost.

Brooke-Ridge Still End Game On The Bold And The Beautiful, Taylor Withdraws?

However, once Ridge has learned his lesson, he will perhaps make the effort to redeem himself. After all, it’s not like he can remain single and lonely for the rest of his run on The Bold and The Beautiful. The whole soap rotates on the axis of romance. So, one of the ladies will eventually have to take him back in. But who is more likely to pull down their walls for Ridge, Brooke or Taylor

? Okay, this one is not rocket science. In its highest probability, it will be Brooke. She has never been able to stand her ground against Ridge. Agreed, she chose herself over him, this time round. But how long will that last? She has zero immunity to Ridge’s charms.

Taylor, however, has shown more strength on The Bold and The Beautiful. Right before Ridge came back to her post-CPS drama, she told Steffy she does not want to fight for Ridge anymore. She admitted that she is tired of having her heart broken by him and does not want to put herself in jeopardy once again. However, she did do so. But, this latest experience may end up hardening her heart towards Ridge more. Brooke, on the other hand, was still pining over him and wanting him back, even after he left her without explanation. Hence, it won’t be a shocker that once the cold winter passes, Brooke’s heart will bloom meadows of love for Ridge again!

Would you want Brooke to give Ridge another chance at love? Will Ridge learn anything from this experience? Please share your views with us in the comments. Meanwhile, stay tuned to The Bold and The Beautiful to see what happens next in Ridge’s love life.