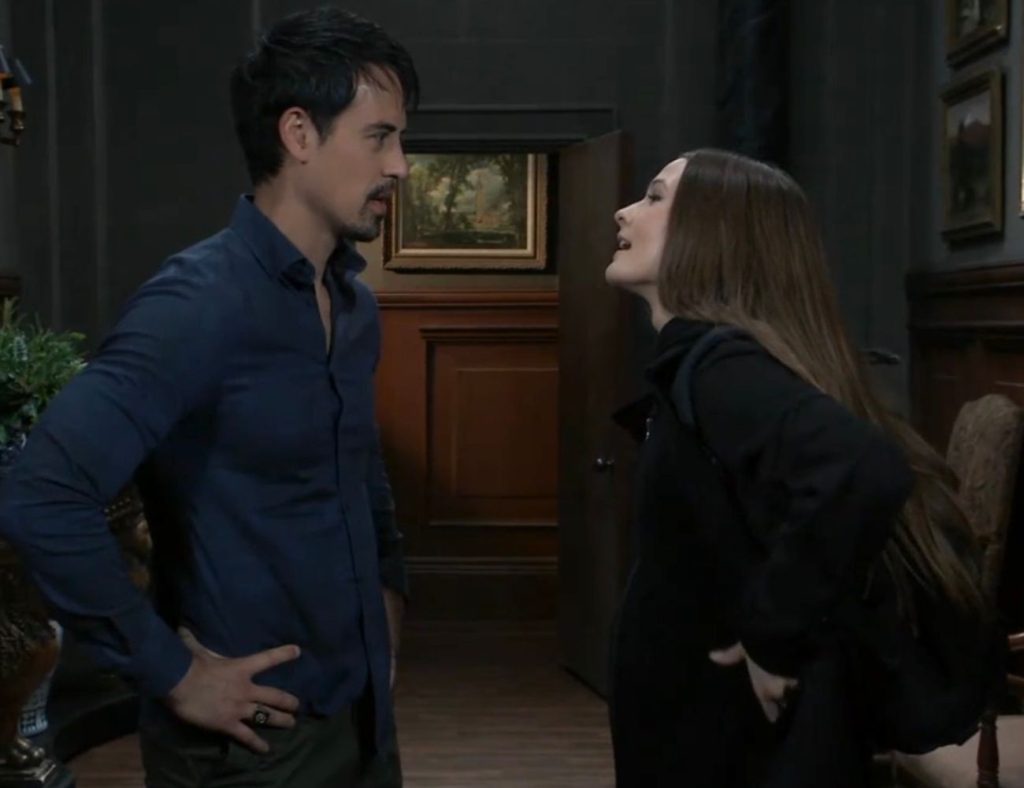 General Hospital spoilers tease that Esme Prince might be having twins. Yes, the latest speculations hint that Nikolas might be having two kids, and double trouble. Considering how Esme is going to use her pregnancy, a second child will add to Nikolas’ stress cart. Let’s discuss what might happen if Esme gives birth to double trouble – twins.

This month the viewers got to see their favorite General Hospital character Esme Prince back in town. This villain-turned-main character was presumed to be dead. But just like in soaps, she rose like a phoenix and made a great comeback in a black hoodie-like outfit, something similar to the hook killer. While everyone thought she was the hook killer, she shocked viewers by dropping the bomb about her pregnancy with Nikolas.

What else now? Nikolas is already going through a lot. On one side, he desperately wants to get back with Ava, and on the other, Victor is pulling all the strings not to let Nikolas be with Ava. Apart from that, Nikolas became the prime suspect when Ava was attacked. Was this not enough? That Esme came with a baby bump? Well, looks like Nikolas’ time to crumble in pressure is coming faster than expected.

Speaking of Esme, it is given that she is carrying Nikolas’ child, a Cassadine’s heir! So, no one, literally no one, will dare to take revenge against her for what all she has done. History is the witness to show just how much Victor hates when someone messes up with a Cassadine. So, before Nikolas, Victor will jump to save Esme from any trouble. However, this is what Esme also wants. Other spoilers hint that Esme will use this pregnancy as leverage to escape from people’s vengeful acts and also prison.

Will Esme’s return and Victor’s pressure to divorce Ava is all that Nikolas has got on his platter? Doubt that. In soaps, just when you think that you are in enough trouble already, the writers tend to shower the character with more! If that has to happen to Nikolas, what trouble might he face? What else can be worse than this? Let’s discuss this.

On social media, fans are circulating Esme’s recent pregnant pictures. In that, there is this buzzworthy topic that Esme’s baby bump just looks too big, considering that she is only three months pregnant. If GH deliberately provided that detail, then what could it imply? Are there two babies in there – Twins?

As of now, Nikolas is holding Esme captive. Considering how he should take care of a pregnant woman, he clearly isn’t doing that right now. But Nikolas is capable of providing health check-ups to Esme at Wyndemere itself. Now, if the twins update is real, does Esme know about it? Chances are there that she might not. So, once Nikolas starts with the in-house treatment and check-ups, that’s when both Esme and Nikolas might get updates about Twins if they really are inside her.

Whatever the case, Esme is planning and plotting a lot with one baby in mind. Once she knows that there is another one in there, she will become more confident with her plans. However, this will just add to Nikolas’ stress cart. If there is something that can make the situation much worse, it’s having another baby, that too, twins! However, this is just speculation, and nothing is confirmed yet. But if the writers really spin the storyline and give this twist, it will surely add to the current chaos and make the storyline much more interesting. Stay tuned and watch General Hospital, it airs every weekday on ABC. For more updates and spoilers, visit our website, TV Season & Spoilers.