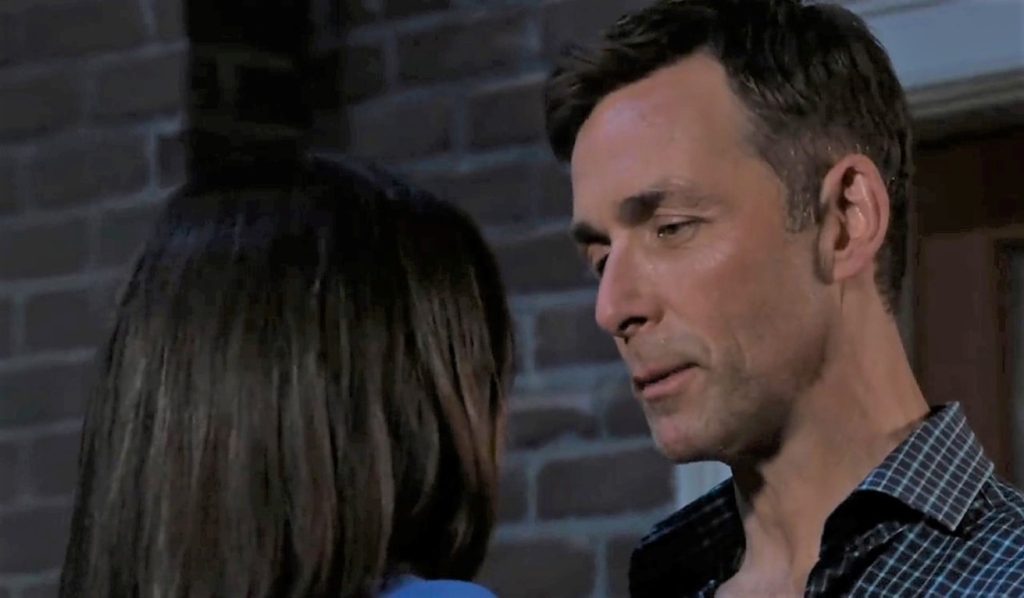 General Hospital spoilers for December 7, 2022, reveal Finn will find prenatal vitamin tablets in Wyndemere and will get some wrong idea. While he tries to quiz Nikolas, Dante will also has some questions for Cody regarding Britt. Elsewhere, Valentin will finally meet Anna in her new hideout, and the two will enjoy some sweet time. Read more and find out what unfolds in today’s episode.

At Pentonville, Victor will come to Spencer with big news. Looks like Victor won’t like how Cyrus is trying to bond with Spencer inside the cell. General Hospital spoilers reveal Victor will try to make Spencer’s release a bit early. Fans know that he will be released from prison in a few days anyways, but Victor will want him to come out immediately. It won’t be that difficult for Victor to do that, but he will continue to clash with Cyrus in the meantime.

Elsewhere, Felicia will offer Valentin a contact through which he will be able to locate Anna’s new hideout. Once he meets her after days, Valentin and Anna will share some sweet moments together. However, Valentin will have some important updates to share with Anna. He will inform her that Lucy is alive is kept somewhere as a hostage. He will also share some plans with Anna, which she won’t want him to do that way.

Over with Felicia, she will meet with Robert and Laura and might talk about Lucy’s whereabouts. General Hospital spoilers say Felicia will get some updates on someone. We have to see if she shares them with Robert and Laura. Whatever the case, Felicia will fret over Victor’s next move. She won’t know that Victor is busy will attending some other problems for the time being.

Next, Finn will reach Wyndemere and will find that Nikolas has given some work to Liz, which she is hiding from him. General Hospital spoilers tease Finn will discover the prenatal vitamin tablets on the table and will get the wrong idea. Finn might misunderstand the whole situation and will feel that Liz slept with Nikolas and is pregnant with his child. Fans know that it is Esme who is pregnant, but Finn will definitely misunderstand the whole case.

Over with Sam, she will feel that she got a way she can use to dig deeper into Cody’s past. Speaking of Cody, Dante will quiz him and want to know why Britt lashed out at him. But even Cody won’t have the answer to his question. Britt’s disease is, unfortunately, progressing faster than expected, so her symptoms are also on full display. However, she will still continue to wish to live a normal life and will decide to throw a birthday party. As for now, Terry doesn’t know about her health crisis, but when Britt gives her an invitation, she will start suspecting her. General Hospital airs every weekday on ABC. For more updates and spoilers, visit our website, TV Season & Spoilers.