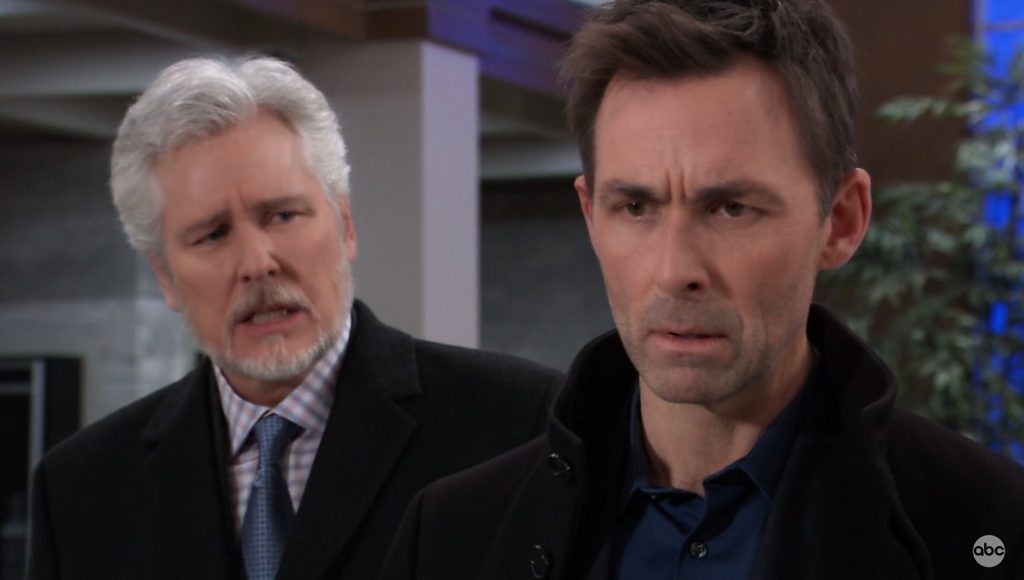 General Hospital spoilers for November 23, 2022, reveal that Valentin will team up with Martin to take Victor down. Elsewhere, Sonny will catch Drew on a phone call and will ask him what he is doing. In the meantime, Britt will confide in Liesl and tell her about her disease. Over with Diane, she will have a bad feeling about what Alexis is going to do next. Keep reading and find out what is brewing in Port Charles.

First, Britt will be done with struggling with Huntington’s disease. General Hospital spoilers tease that Britt will confide in Liesl and will tell her about her health disease. Looks like Britt will come clean about her recent medical tests to Liesl. Once she comes to know that Britt’s disease is growing faster than expected, she will try to comfort her. As for Britt, she will urge that she needs motherly love. So, she will switch to mother mode just to comfort her.

Elsewhere, Valentin will team up with Martin to take down Victor. As for Martin, he will finally realize that Anna wasn’t the killer of Lucy. So, he will decide to help Valentin to find his lover. On the other end, Robert will warn someone that the less they know is better. It can be Holly or even Diane. Since Holly is given the task of stealing the expensive Diamond necklace, so Victor might pressurize her even more.

Speaking of Diane, she will have a bad feeling about something. Looks like it might involve Alexis’s decision to go against Jordan’s warning to publish Hook’s letter. For the past few days, Hook hasn’t done anything, so publishing the letter might trigger it to take some steps. So, Diane will warn Alexis to stop whatever she is planning to do.

Next, Linc Brown will offer a deal to Brook Lynn. He knows that she is trying her best to expose his cheap tricks. General Hospital spoilers say that Linc will have another offer for her. He will offer her that if she leaves him alone, he will agree to give away all her songs back to her. So, Brooke will struggle to make a decision there. Elsewhere, Chase will wonder what letter Dante is talking about.

Looks like Dante will inform Chase about Brook’s letter for the civilian review board. So, He will finally realize that Brooke was hiding things from him and will also know why she was doing it. He will realize Brooke’s selfishness and how she was trying to sabotage his dream career of being a detective. How will this affect Chase and Brook’s relationship? Since Chase is already feeling attracted to Blaze, does it mean their relationship will end? We will know soon.

Over with Sonny, he will find Drew on a call who will want to know about Willow’s parents. Even though Sonny won’t hear it, he certainly will enquire Drew about what he is trying to investigate. However, Sonny might get worried about Carly, so he will ask Drew about it. Once Sonny shows his protective side, Drew will point out that Carly probably doesn’t need it since she is already an independent woman. Before they do anything, they will have to look after their respective partners, who probably are fighting with each other.

Carly and Nina will have an argument where Carly will point out that Nina should just mind her own business. Fans know that Nina has been wrong with her recent suspicions. So, she will remind Nina of that. As for Nina, she will also argue with Carly, and the argument will get more heated. However, Drew and Sonny will come in time to take them away. Stay tuned and watch General Hospital, it airs every weekdays on CBS. For more updates and spoilers, visit our website, TV Season & Spoilers.