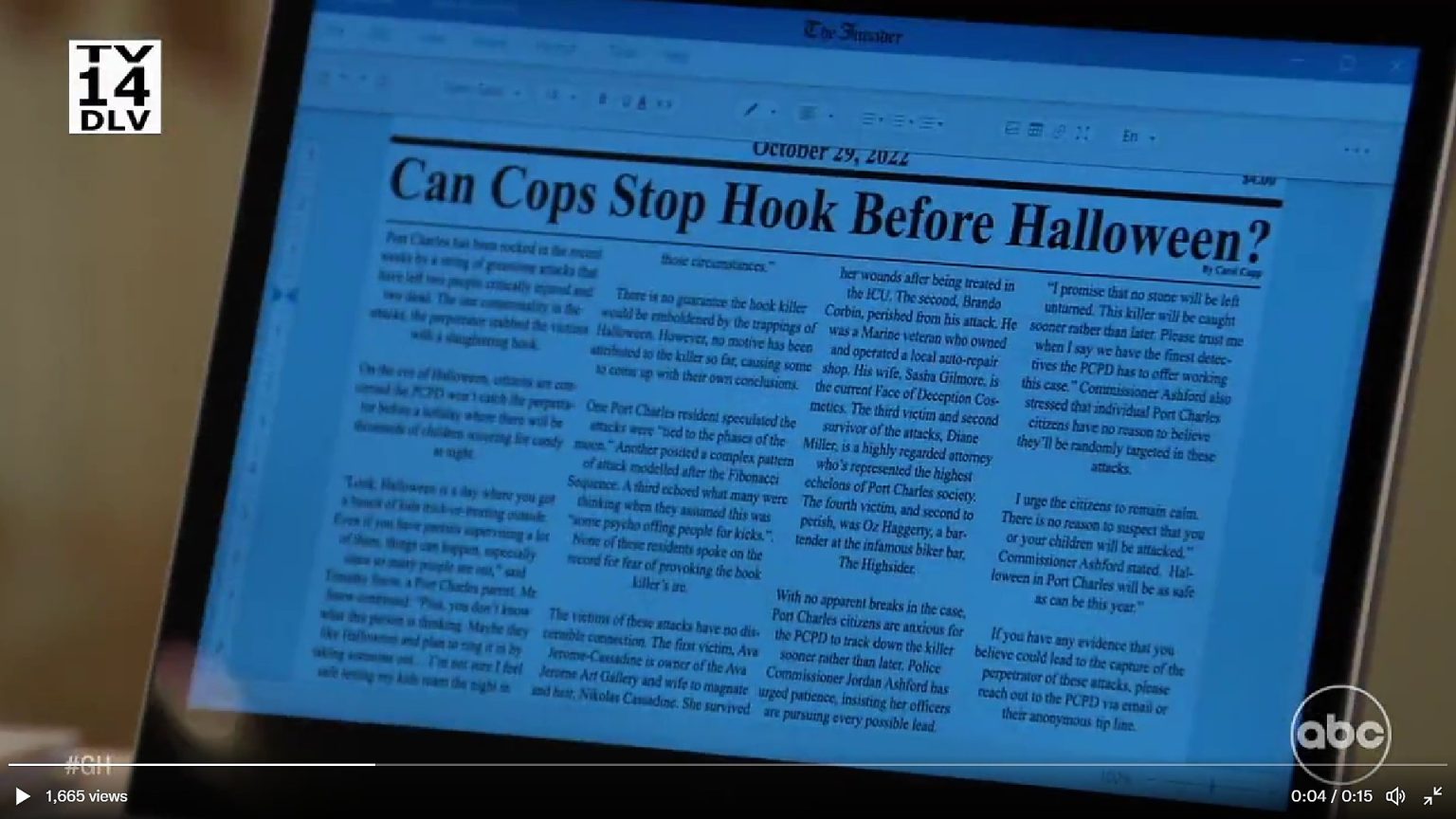 General Hospital preview video for the week of October 31–November 4, 2022, teases that Alexis will finally get a letter from the hook killer. Could they explain who the next victim is? Elsewhere, Jordan will remind Trina and Portia that the victims were not random. Later, Josslyn will call someone and alert them that he or she could be in danger. Could that be Cameron? Keep reading to discover what this chilling week has in store for the viewers.

The chilling week’s preview for General Hospital starts with Alexis informing someone that she just got a letter from the hook killer. Immediately, the camera pans and shows the article, which was published a few days back. The title reads, “Can Cops Stop Hook Before Halloween?”. There is a high chance that the hook killer gave a reply to this. Either they would have named the victim or could have replied to that news piece with some taunting response. Whatever it is, General Hospital spoilers say that Hook killer will finally respond to Alexis’ method of communication.

Fans know that all this while, Alexis tried her best to communicate with the maniac killer. A lot of people were also worried for her – especially Gregory. Now that they have finally received a letter, it might be a bit easy for the PCPD to track the location from where it was delivered. Will the killer be finally caught? We will know that.

Further on, General Hospital the preview clip, Jordan explains to Trina, Portia, and Carly that the victims were not random. The PCPD had already warned the citizen that the attacks looked preplanned and vengeful. So, Jordan will remind Trina and others about the same.

Later, Carly will inform Josslyn about the whole incident and Jordan’s warning. Looks like Joslyn will know who might be the possible victim now. In preview clips, Joss is heard saying, “Cam”. So, it will be Cameron who will be in danger. Finally, the video clip ends with Cameron on the bridge, who is certainly shocked by seeing someone. Could that be the hook killer? Will Cameron become the next victim in town? What are your thoughts on this? Comment down below, and do not forget to watch the preview video. General Hospital airs every weekday on ABC. For more updates and spoilers, visit our website, TV Season & Spoilers.