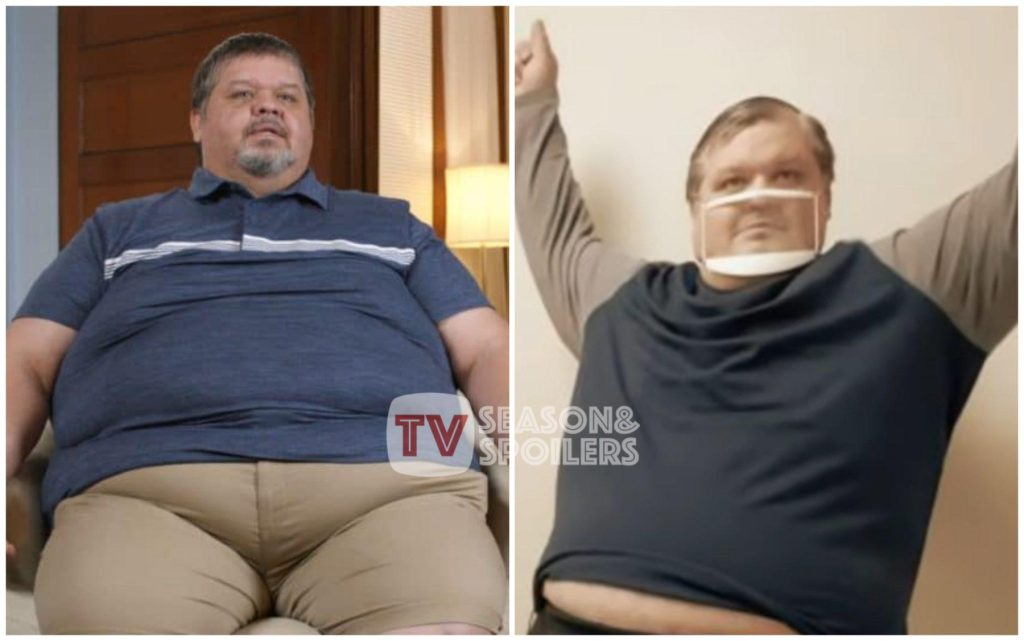 TLC runs 1000 Lb Sisters to showcase the journey of the Slaton sisters as they struggle with obesity. The show covers their path of losing fat and living a healthier life. Since Season 1, Tammy and Amy have tried various diets and activity-based exercises to lose weight. Someone with obesity issues would know well how hard it is to move a body with a lot of weight. However, the progress did not go as predicted because the two, especially Tammy, did not commit to a healthy lifestyle. Her poor choices landed to a medical scare and eventually to rehab. However, one sibling has made promising choices, especially in the upcoming fourth season. Keep reading to know about Chris Combs’ transformation.

1000 Lb Sisters producers have documented Chris Combs’ journey since Season 1. He has become an extremely supportive sibling who backed his sisters throughout the journey. People who follow the show would know that the Tyson Foods employee also struggles with obesity and has tried to lose weight. Over the seasons, he and Tammy and Amy Slaton have tried losing weight but did not succeed. However, Season 4 has been fruitful for the three siblings as they all have good news on the shore for fans.

While Tammy lost weight and got approved for her surgery, Amy had another baby. Although the second baby caused her issues as she ignored the weight factor. The recent season’s trailer of 1000 Lb Sisters focused on Tammy’s roller coaster health and Amy’s second pregnancy. Although, fans did not miss noticing Chris Combs’ transition. Additionally, the TLC fame lost drastic weight, and the transformation was quite noticeable. In the teaser, Chris was seen trying on his pants from his previous weight. He could fit into one leg of the trouser without any trouble.

Fans were amazed to see their favorite star reach his weight goals. Viewers took to the comment section and praised Chris for working hard on himself. People were surely settled in the startlement and compared his progress with sisters Amy and Tammy. Chris always spoke of reasons for getting healthy

and becoming a better role model for his daughter. Th father of one slayed in accomplishing one of his biggest life goals. Although the TLC star is yet to lose more to be approved for skin removal surgery, he is happy to fit inside the harness of an amusement park.

1000 Lb Sisters: Chris’s Wife Is His Biggest Supporter; She Had His Back All The While Through The Weight Loss Journey!

Chris Combs met his wife Brittany Combs met each other while working at Mcdonald’s, and they are happily married to date. The couple got married in 2016 and is based in Kentucky. The 1000 Lb Sisters star has always wanted to keep up with his wife in health terms. However, he failed to do so due to his weight issues. Chris had trouble tying his shoelaces or picking anything that fell because he could not bend down. However, he does not rely on insulin medications for managing diabetes, especially after Combs lost 140 pounds last season.

A few obstacles were in his way, like the emergency surgery on his leg that abstained him from working out for quite a long time. Fortunately, the TLC star understood the seriousness of the situation, especially after witnessing the health issues of his sisters. Whatever the reason, Chris and his fans are happy and grateful for this transformation. What are your views on this? For more exciting news updates, stay tuned to TV Season & Spoilers.