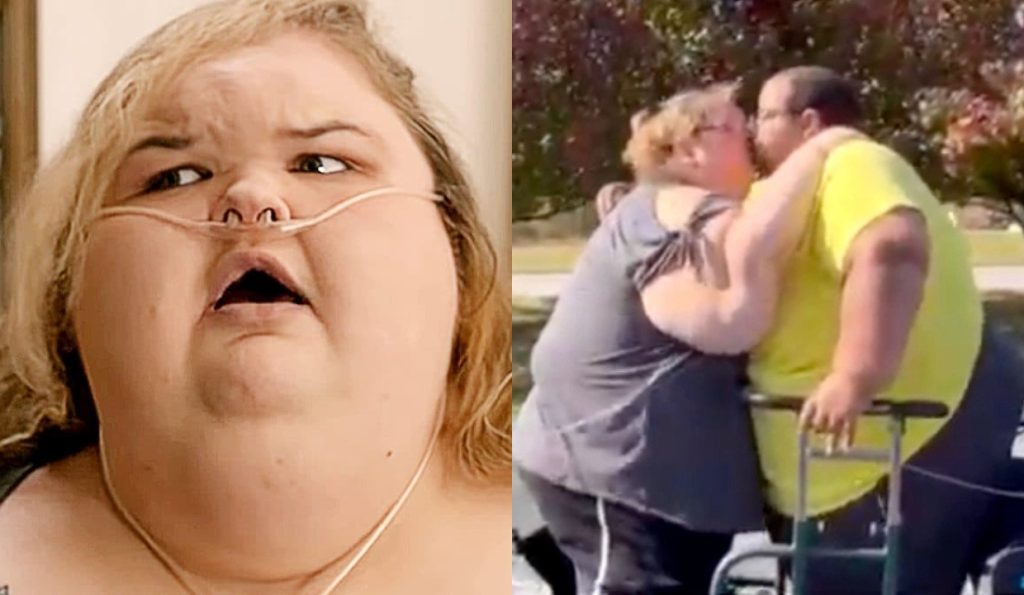 Tammy Slaton began her 1000 Lb Sisters journey three years ago. A lot has happened since then. While she was arrogant and rude and continued to relapse, things took a 360-degree turn for her. Last year, the star went into a specialized rehab for her food addiction to lose weight. While doing so, she also found love in another patient there, Caleb Willingham. Some nosy fans were able to dig out the details from their wedding registry. In fact, they were in shock after looking at some of the gifts! Keep reading to know more details.

Tammy Slaton has been a significant part of 1000 Lb Sisters. In fact, her journey has been quite promising after her visit to rehab. After relapsing multiple times, she found her true calling. The celebrity began working hard to lose weight and has been succeeding. Apart from this, her love life also began to bloom after meeting Caleb Willingham in the same rehab. Both of them also got married to each other recently in November 2022. It turns out that some viewers were able to dig out Tammy and Caleb’s wedding registry gifts. Well, the fans were in for a shock after the reveal.

Allegedly, Tammy’s registry had some adult toys, cat ears, and also liquor. As predicted, people weren’t nice after witnessing these products on her registry. Some even began calling her inappropriate for getting her friends and family to gift her such things. Another ardent 1000 Lb Sisters fan went to the wedding registry website to double-check the post. However, there was no registry present for Caleb and Tammy’s names. It turns out that someone was just poking fun at the couple by posting a “fake screenshot”. Hence, no one really knows what Tammy Slaton had in her wedding registry.

Disclaimer: TV Season & Spoilers does not encourage such pranks.

1000 Lb Sisters: Caleb To Move To Kentucky After Marrying Tammy!

As mentioned above, Tammy fell in love with another rehab patient, Caleb Willingham. Both of them hit it off as they had similar struggles and ended up being each other’s great support. While it is not clear when they began dating, they got engaged to one another in October 2022. Caleb planned a sweet proposal for his lady love in their center’s parking lot. Both of them exchanged rings and shared a kiss with bright smiles on their faces. Eventually, Tammy and Caleb’s wedding took place in November 2022, a month later.

A source mentioned that Caleb intends to move into Tammy’s Kentucky apartment. He is a resident of Ohio and will do so when the couple gets released from rehab. However, both of them are still in the center, looking forward to losing more weight before they can start living happily ever after in Tammy’s home state. The couple will also appear in the upcoming season, all set to premiere in January. Keep coming back to TV Season & Spoilers for more 1000 Lb Sisters news updates.