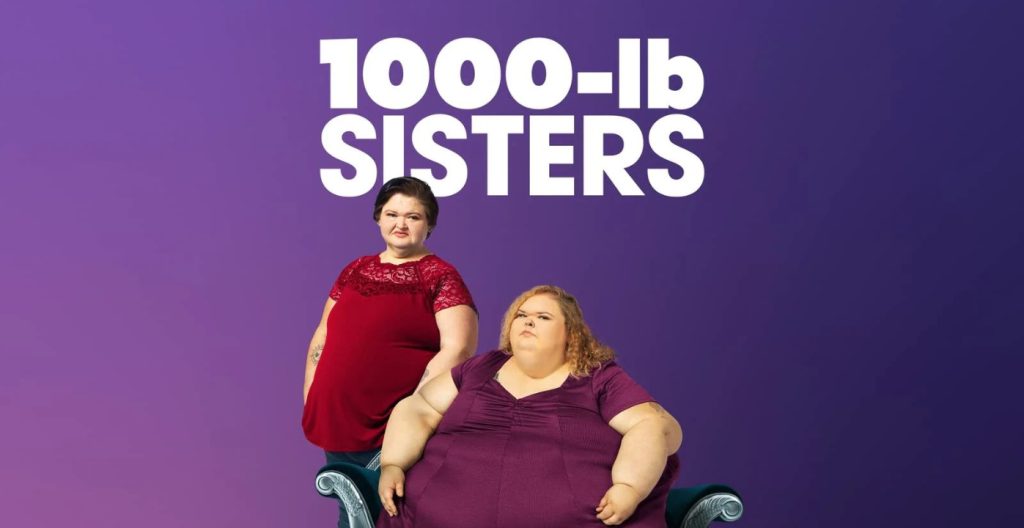 1000 Lb Sisters: Here’s Everything That The Slaton Sisters Has Been Through This Year!

1000 Lb Sisters has become one of the most popular shows to come out of TLC. Surprisingly, it became popular only after being on air for just three years as the show started in 2020. Now, everyone is fascinated by the lives of Tammy and Amy Slaton and wants to stay up to date with their everyday happenings. Lately, everyone will get to see the stars back on TV again as the brand new season of their show is all set to premiere on January 17, 2023. Hence, TV Season & Spoilers is here with all the highlights and a quick recap of the last seasons to get you up to date with the show. Keep reading to know all the details!

The last season of TLC’s 1000 Lb Sisters had lots of concerning but also exciting moments. For instance, TLC documented the Slaton’s for the first time going on a vacation. Apart from Tammy, Amy, and their half-brother Chris, came on the trip with his wife, Brittany, and their other siblings, Amanda and Misty. Amy’s husband, Michael, and Gage were also present. However, Tammy was not at all in the vacation mood. She refused to get out of the car, afraid that her wheelchair won’t be able to go over the hotel’s ramp. Hence, the tantrums began. She started being bitter and told her siblings to leave her alone. In fact, the star even refused to go out of the van and stated she would be sleeping inside. All the Slaton were very bothered by this behavior and didn’t know how to calm her down.

While Amy Slaton was on cloud nine after finding out about her pregnancy, she also had to deal with some tragic news. It turns out that her dear dog, Little Bit, passed away. The celebrity took to her Instagram to write a heartfelt message about her beloved pet. It was a huge loss for her as her furry buddy had been her “emotional support”. Even the viewers saw her hanging out with the famous sisters in many episodes. The castmate didn’t write much in her post. Fans assumed that she must be grieving a lot. Amy captioned the post, “RIP Little Bit,” and that she loves her “so much”. Unfortunately, she had cancer and lost his life to it. Amy paid her respects by adding a sweet photo of him resting on a pillow. The fans also wished her strength during this tough time.

During the time the Slatons’ were on a trip, Tammy’s willingness to be in the van wasn’t the only tantrum. The family thought it would be good if the star shifted into an electric wheelchair instead of a manual one. But the celebrity argued that she liked her old one “just fine”. However, all the other members mentioned that pushing her weight on the chair is quite a task. But Tammy wasn’t willing to compromise. That’s when her sister, Amanda, couldn’t hold it in any longer and came for the star. She started schooling the wheelchair-bound sister and said she had to “bend herself backward” to help her as Tammy just couldn’t help herself. As usual, the latter didn’t pay heed to these remarks and continued to curse her.

Tammy Nearly Loses Her Life! Rushed To The Hospital

after carbon dioxide poisoning. In fact, her lungs had “given up”. Amy revealed to the cameras that her sibling’s body was shutting down on her. However, the trailer for the upcoming season revealed that Tammy made it and finally went to rehab to get her life back on track.

Hence, 1000 Lb Sisters Season 4 is going to capture Tammy Slaton’s journey toward finally getting better after years of relapses. Apart from this, Amy will also showcase her second pregnancy and how it went. Moreover, Chris is making a comeback, too, to show his progress after undergoing bariatric surgery. Keep coming back to TV Season & Spoilers for more reality TV updates.