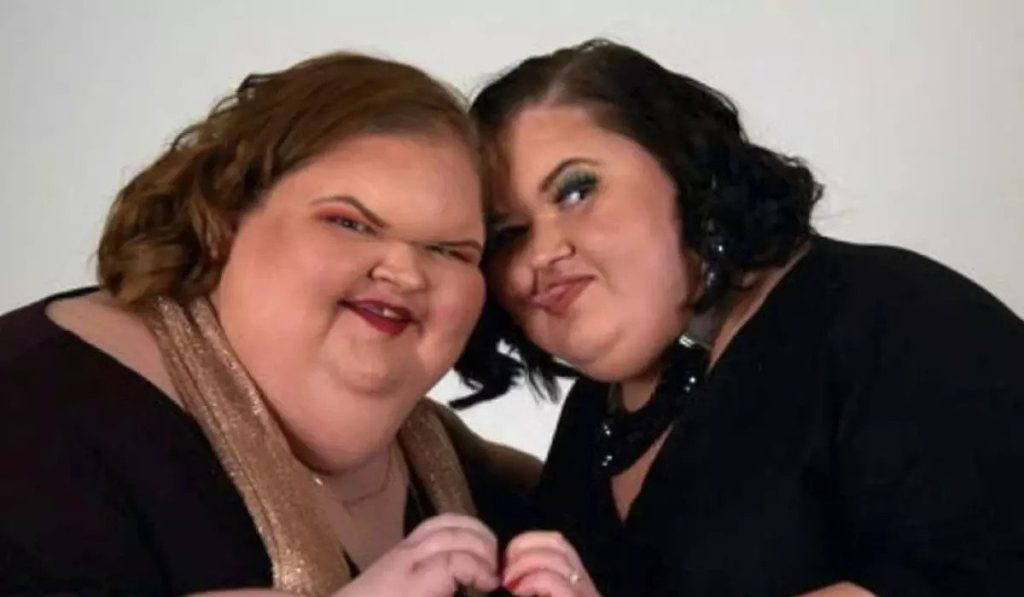 The 1000 Lb Sisters fans can’t wait for the new season. With everything going on with the siblings, the viewers want to know what’s happening in Tammy’s and Amy’s life. Similarly, the two sisters have limited their social activity. Hence, getting to know their whereabouts is not easy. Meanwhile, TV Season & Spoilers will report that the Slatons siblings have been seen filming for the new season. So, tune in to know the deets.

Tammy and Amy have entertained the fans with three years of spice and sugar. Similarly, the viewers have weighed enough to get the desired results from Tammy. Meanwhile, Amy has achieved her goals and got the surgery. Now the fans wait to look further into her marital life. Likewise, the younger sibling is pregnant for the second time, and the audience wants more updates on her. Also, the chances are that Amy’s second pregnancy could be featured on 1000 Lb Sisters Season 4. However, with no official announcement, the fans dismissed the idea of getting a new installment.

Meanwhile, per a Reddit account, the user has posted that their folks live near the Slaton sisters. So, a few days back, they went to a local restaurant to pick up food adjacent to the compound/RV park. So, when they reached there, they saw a cameraman setting up in the restaurant, and one of the customers mentioned that the 1000 Lb Sisters show was being filmed. However, Tammy and Amy were nowhere to be around. The user suggested that the sisters might be in the compound or eating in another part of the restaurant. Well, the fans got excited and claimed that they were ready to welcome the celebs after so long.

Similarly, some fans even mentioned that Tammy was filming even in the hospital. Apart from that, the new season might appear in September, because that is the actual airing time of the show. However, TLC hasn’t confirmed the filming or the show’s specific release date. Therefore, the above information cannot be deemed true. Hence, the audience will have to wait for the network to shed some light on the show’s future. So, what could the viewers expect if there’s Season 4? Read along to find out.

1000 Lb Sisters: What Will The New Season Will Shed Light On?

A few months earlier, Amy Slaton told TheSun that she was willing to do the show only if TLC agrees to cut down her hours. That’s because Amy will have two babies to take care of. And so, to be a devoted mama, she needs to give time to her kids. Similarly, the new installment will also focus on Tammy’s whole journey in rehab, including her bariatric surgery

. Apart from this, Tam Tam will be living with her sister. Hence, that part is likely to get featured.

Hence, Season 4 of 1000 Lb Sisters will be fun and bring many narratives that the audience might not know about. So, are you excited about the new installment? Tell us in the comments below. And stay tuned to TV Season & Spoilers.