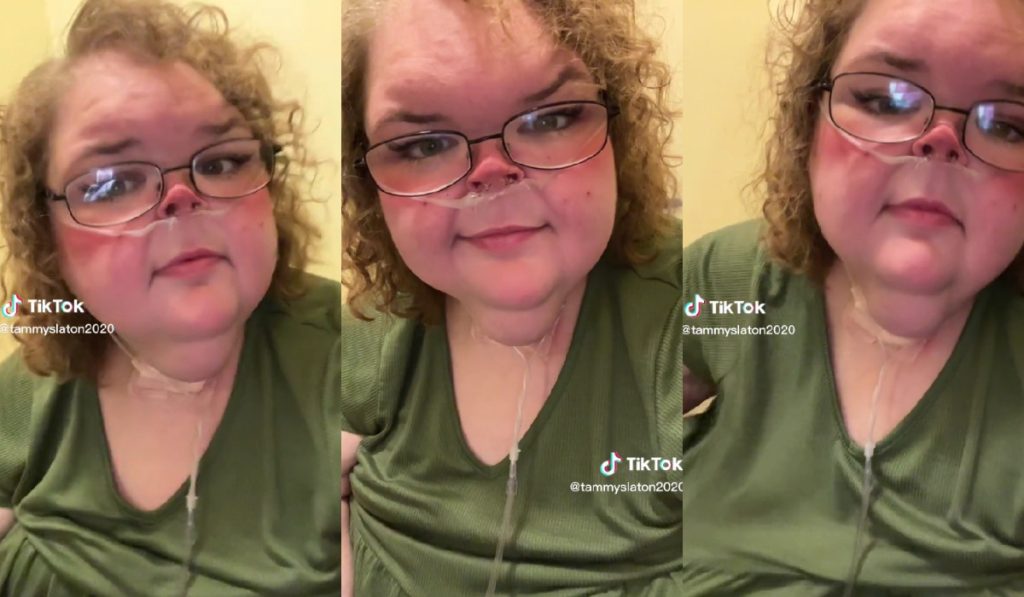 Tammy Slaton of TLC’s 1000 Lb Sisters has become the talk of the town. Well, the popular celeb has faced many ups and downs in her life. Evidently, she reached a condition where doctors feared for her life. Slaton had to face carbon monoxide poisoning, which deteriorated her health to the extent that doctors had no option other than installing a trach tube through surgery via her neck. But it seems that good things are paving her way. Indeed, Tammy has lost pounds of weight after being in months of rehab. To know more about her shocking weight loss journey, keep on reading.

All 1000 Lb Sisters fans were really worried for the star Tammy Slaton’s health. Apparently, she was on the verge of losing her life this time. But it seems that going to rehab really worked for her. It is safe to say that her rehab gave her a completely new life. Tammy also found the love of her life alongside a progressive body. Hence, after spending months there, her appearance has changed, and she looks unrecognizable in her new avatar.

Apparently, Tammy’s husband and her fellow rehab partner Caleb Willingham recently shared a clip of his wife burning the midnight oil to save her life. The celeb sat in a wheelchair and was exercising with her arms with an aerobic machine. Slaton was working out religiously and didn’t let her oxygen tank become a barrier. Caleb wrote in the caption, “My ANGEL hard at work!” Undoubtedly, the celeb has evolved as a role model and an inspiration to many. Hence, the 1000 Lb Sisters star star is getting positive reviews from her fans. Moreover, fans took this news to Reddit and appreciated Slaton. A user commented that it is really good for Tammy, and they were really proud of her as well.

A lot of 1000 Lb Sisters fans seem to be really happy that Slaton is finally taking her life seriously and is working hard to live. Many further praised Caleb for providing her with the love and support that she really needed at this hour. People are acknowledging her efforts to get into a healthy lifestyle. Undoubtedly, it is a really difficult task to leave all the unhealthy habits and start fresh. Hence, Tammy is doing a commendable job with utmost grace and dedication.

Previously, fans felt that the 1000 Lb Sister star Tammy Slaton was playing with her life. She openly admitted on camera in the last season that she used to down eight bottles of booze every week. Not only this, but the celeb’s main priority wasn’t her health but food. Apparently, she revealed that she ate pizzas, consumed liquor shots, and vaped as well. But it seems that Tammy’s turning point was when she was on the verge of losing her life. Hence, the celeb had to go under massive weight loss surgery leading to pounds of weight loss.

Apparently, the surgery was a much-needed procedure because if Tammy didn’t undergo it, she would have been risking her life. However, as per TheSun, now the celeb has lost more than enough weight for her bariatric surgery. As per the source, she decided to go for surgery in Lexington, Kentucky. Not only this, but the star can now even stand on her own feet and walk again. Indeed, regular watchers know that it is a great moment for the TLC celeb. Hence, it is evident that her hard work is paying off. Keep coming back to TV Season & Spoilers for all the latest 1000 Lb Sisters updates.