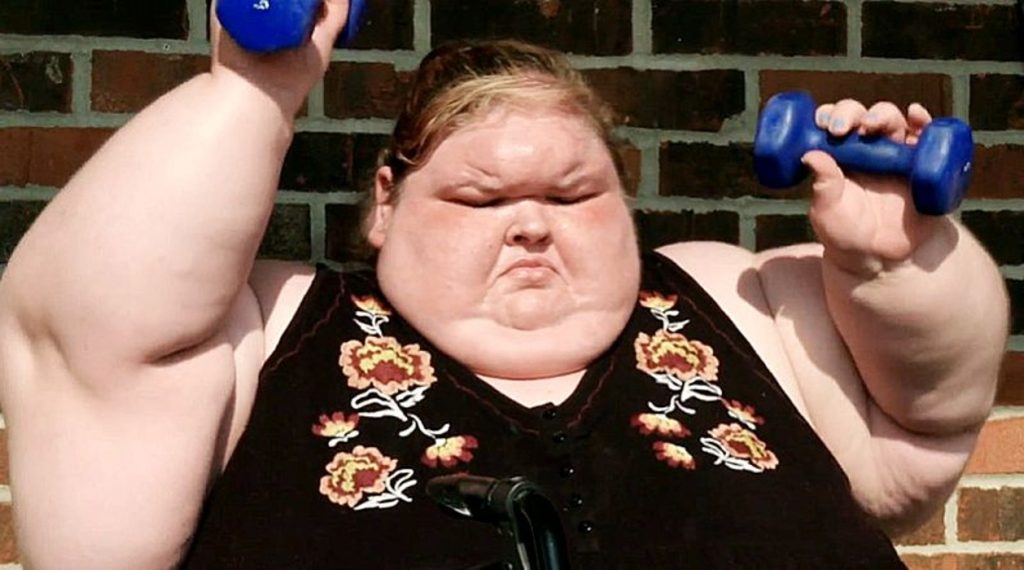 Tammy Slaton’s sudden transformation has taken over the Internet. The change comes a year after spending time healing in rehab. People who follow the star would know that the 1000 Lb Sisters star had a health scare due to carbon monoxide poisoning. Doctors had to admit her due to trouble breathing urgently. Further, doctors installed a trach tube through surgery via her neck. Tammy took a lot of time to heal and get into a better position. Finally, she has crawled her steps towards better health even though there’s more to achieve. Keep reading to know about Tammy’s drastic life changes!

In the teaser video of 1000 Lb Sisters Season 4, released by TLC, Tammy’s health scare spoke loud and clear. The decision was hers, either she loses weight or herself. One morning she woke up in her home to realize she had trouble breathing. The reality-tv star was rushed to the hospital and inserted with syringes and tubes. Amy Slaton was worried and stated that her sister’s body was shutting down. Additionally, the doctor warned Tammy that he had warned her of the possible risks. Further, Chris Combs, Tammy and Amy’s brother, revealed that she’d die if she did not get surgery.

However, the 1000 Lb Sisters star lost a lot of weight and underwent gastric surgery. As per the looks, it seems like Tammy’s weight loss surgery was successful, and the meds also worked in her favor. Gradually, her health improved, and in a recent Tik Tok video, she was seen without a trach tube. Fans also pointed out a noticeable fat loss in Tammy. She recently got married to a rehab fellow, Caleb Willingham. He shared a Tik Tok video of his wife working in the gym. Caleb captioned the video ‘My Angel hard at work’! With an angel emoji. In the video, the 36-year-old uses an aerobic machine to exercise her arms while sitting in a wheelchair.

She was hooked to an oxygen tank and was singing a song. Tammy responded to Caleb’s sweet gestural video with ‘I love you’. Fans flooded the comments with positive and happy words seeing Tammy working out. Everyone was delighted to see their favorite star improving and taking her health seriously. Several users expressed how proud they are of Tammy Slaton. Another 1000 Lb Sisters fan also commented that she has a decent voice. Additionally, fans loved to see Caleb’s support for his wife in the right way.

The upcoming season is going to premiere on January 17, 2023. The season will possibly show the new couple’s romance. Tammy and Caleb met in rehab and shared similar health issues. The couple got engaged in October after Caleb popped the question to his girlfriend in the center’s parking lot. A few weeks later, they tied the knot at the Ohio rehab. People

reported that the wedding happened among a small circle of thirty friends and family members. However, the trailer revealed that the Slaton family members aren’t very happy with Tammy’s new choice.

Amy immediately decided that her sister was in yet another bad relationship. However, she was the only family member to attend the wedding. Additionally, an insider disclosed that the couple shares similar health issues and has seen each other struggle. Hence, they are a big support to each other. What are your views on Tammy and Caleb? For more exciting news updates, stay tuned to TV Season & Spoilers.