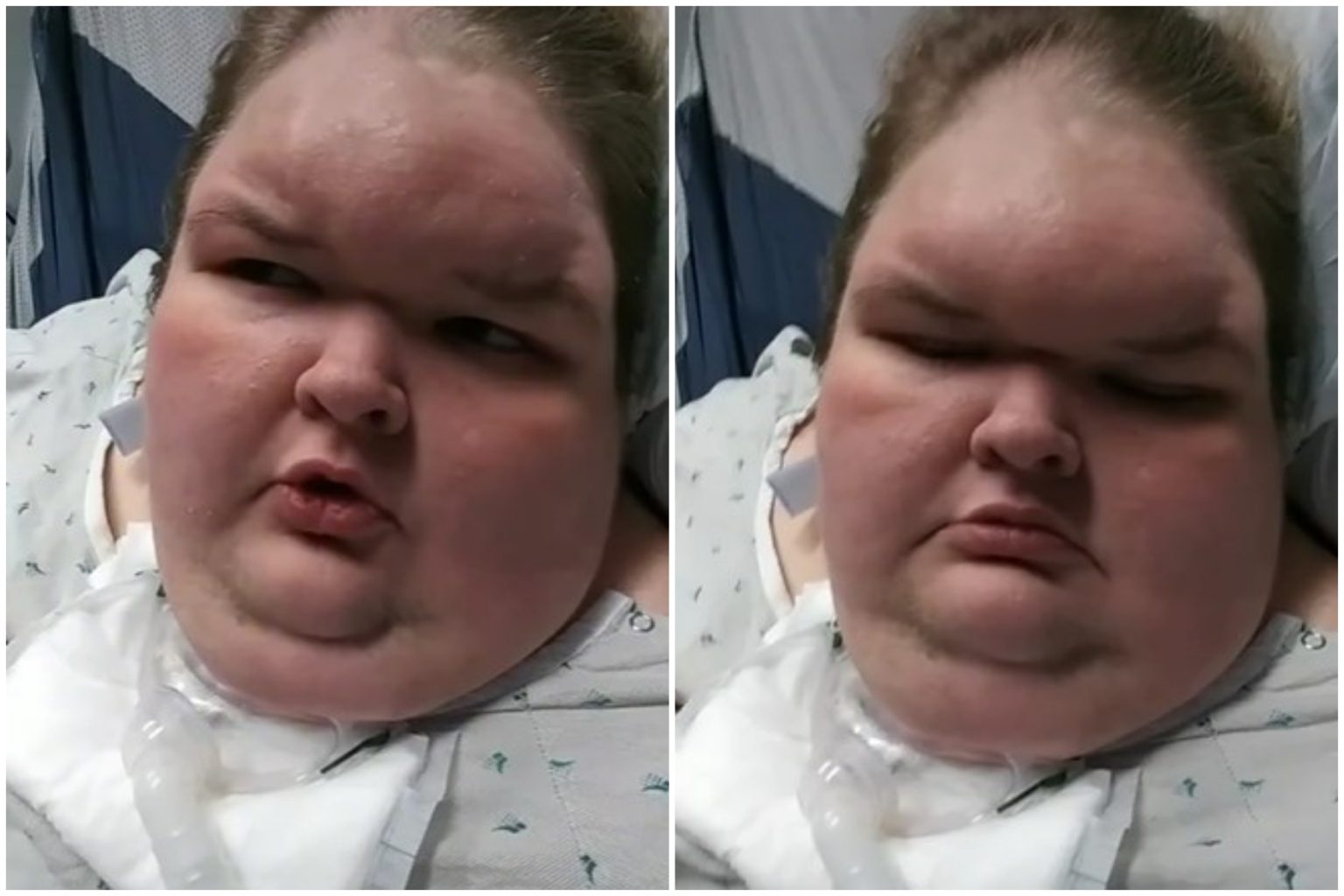 There’s a ray of hope for TLC viewers. After spending time in the hospital, 1000 Lb Sisters star Tammy Slaton has finally given a health update. The reality star has been in the facility to lose enough weight to be eligible for bariatric surgery. It has been three years, and Tam Tam’s siblings are much ahead of her. Fortunately, the infamous sibling has surgery to look forward to in late August. So, what is the new impromptu health update by Tammy? Tune in with us to find out.

Tammy Slaton has been on a notorious side. The reality star never cared for her health. Moreover, as a child, she used to stress-eat. Therefore, that condition turned into obesity, and now she is facing the consequences. However, Tam Tam knew about her condition but decided to go with it. The 1000 Lb sisters celeb got involved in junk food and alcohol. As a result, all these unhealthy habits proved fatal for her. Hence, the infamous sibling went to the hospital because of a medically induced coma. Tammy’s family and friends got scared for her. And that’s when Tam Tam admitted herself to rehab. Since then, she has limited her social media activities and focused on her health.

Meanwhile, the reality star goes live on Tik-Tok to interact with her followers. The 1000 Lb Sisters celeb has been keeping her health status a secret due to NDA. However, during a recent Tik-Tok video, the 37-year-old slipped on some health details. While explaining her breakup with Philip, Tammy showed off her trachea tube that aids her breathing. Apparently, Tammy’s breathing tube has been caped. Therefore, it means she can breathe independently. Moreover, this is considered the last step to removing the tube altogether. This is one step forward to achieving a healthy life for Tammy.

While Tammy was busy correcting her eating habits, she also had another issue to take care of. The 1000 Lb Sisters viewers know that Tam Tam is one having a relationship. Hence, after returning to social media for a long time, the reality star got into a relationship with Mikey Mooney. However, after a week, they distanced, and Tammy started posting with her ex, BBW King. Therefore, the fans got scared as Philip had cheated on Tammy before. Though the couple mentioned each other as their “forever,” the connection wasn’t fruitful. A few days ago, the celeb started posting cryptic videos on her Tik-Tok.