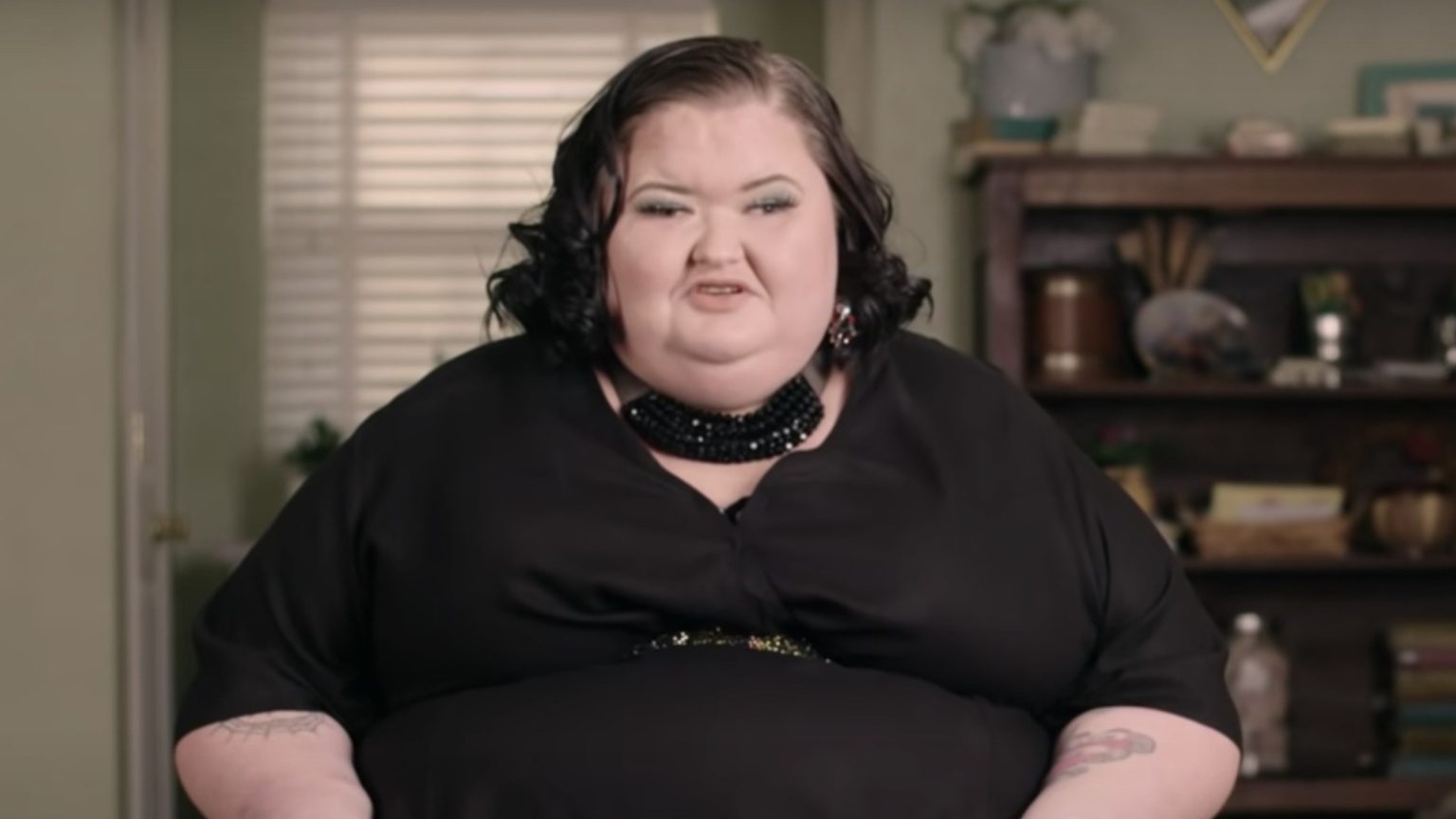 Amy Slaton Halterman has been a popular name in the reality TV realm because of her show, 1000 Lb Sisters. It has been three seasons since she and her sister Tammy began their journey. Now, they are back to rule over TV screens once again with the brand new season. It is going to focus on many different and interesting things. For instance, Tammy has finally started to take her weight loss journey seriously. Moreover, her younger sister, Amy, has been showcasing her pregnancy. During the latter segment in the latest episode, she revealed something too graphic about her health, and viewers were not on board. Keep reading to know what it was.

1000 Lb Sisters: Amy Halterman Found Out About Her Pregnancy Because Of Constipation

Amy Halterman was the only Slaton Sister who was successful in losing weight healthily. She also got qualified for bariatric surgery. However, 1000 Lb Sisters has also showcased her pregnancy journey. Well, the current season is focussing on the time when the star found out she was expecting for the second time. Amy took to the show to reveal how she found out about this. Apparently, the young mother had been constipated for three weeks. Therefore, Amy had to go to the ER to know what was up with her. That’s when she discovered her second pregnancy. While Amy was having a laugh over the matter, the fans felt otherwise.

They took to social media to reveal the 1000 Lb Sisters star went too far. The fans didn’t approve of Amy sharing such details and going overboard on national television. A lot of them shamed her and thought the thing about her constipation was a major “TMI”. Another comment resonated with her, saying they can’t imagine how bad it must have “hurt”. Moreover, holding it in for three weeks is absolutely harmful to the body. In fact, another person stated that they knew a lot of pregnant women. But they had never heard of anyone going through such a symptom while bearing another human inside of themselves. So far, Amy Slaton has not yet responded to this backlash.

Amy Slaton has always been upfront about her way of being, be it on social media or her show, 1000 Lb Sisters. After she found out about her pregnancy, the star thought she should do something unique to celebrate it. So, she and her husband, Michael, and her son Gage went to the salon. Amy decided that her firstborn son would be the one to pick the color for her to dye her hair. So, the little one selected the color blue, and that’s what the celebrity went for. Even her stylist was a bit surprised at this reveal that she let her little one take such a major decision. While she was happy with it, many fans and her family members drew criticism because of it.

Many called Amy names like “peacock” and even a “bruised banana”. In fact, they had a hearty laugh because of her hair. While some joined in on the faun, others said that it was quite rude of Amy’s siblings to troll her in such a way. But it was just friendly banter for the young sister, and she didn’t mind being the butt of their jokes. The young mother was really happy about her baby boy choosing the color for her, and that’s what mattered to her. Do you like Amy’s blue hair? Tell us in the comments below. Stay tuned to TV Season & Spoilers for all latest 1000 Lb Sisters updates.