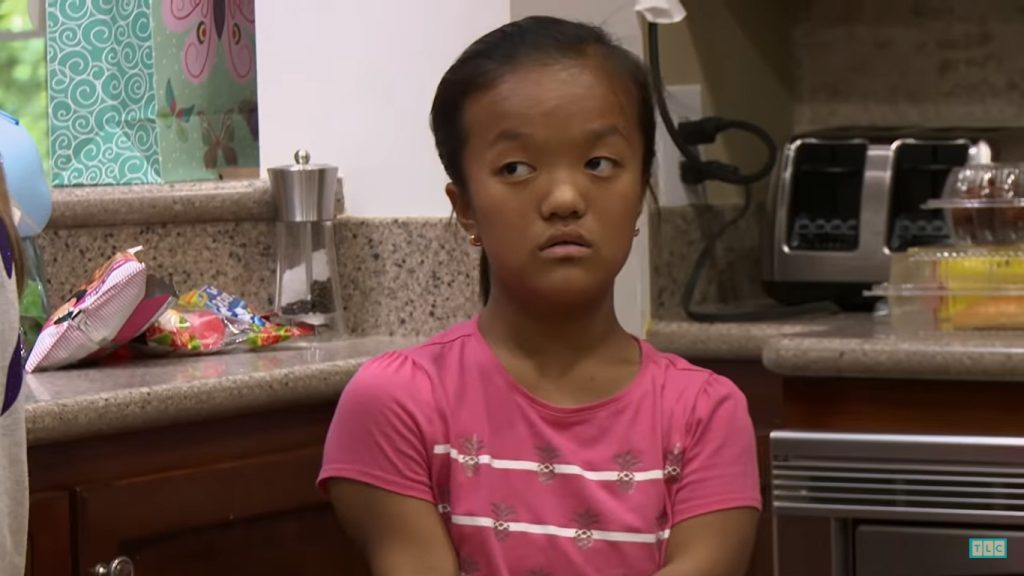 Emma Johnston is one of the brightest siblings from the 7 Little Johnstons family. She also has a fun personality, and viewers love watching her excel in the show. Lately, the family has wrapped up their 12th season. Hence, the audience relies on the castmate’s social media to get updates about their day-to-day life. It turns out that Emma had to share an unfortunate update about her TikTok once but twice. Has she been violating the rules? Keep reading to know more details about this.

7 Little Johnstons: Is Emma Too Young For Tik-Tok? Gets Banned Twice!

Emma Johnston is equally goofy, like the rest of the Johnstons siblings. She and Alex are the youngest members of the 7 Little Johnstons family, staying with p arents Trent and Amber. Meanwhile, the rest of their brothers and sisters are young adults, making a living by moving out of the house. Hence, the millennial and Gen Z audience love Emma and keep track of her through her social media activities. She had a huge following on Tik Tok where she would make comedy and dance videos. However, she had to be the bearer of the bad news. Apparently, the international platform banned her profile not once but twice.

While Emma made this sad news public, she didn’t know the reason why Tik Tok was banning her social media handle. Many speculated that she is 16 and the platform has a lot of objectionable content as many adults use it. However, some pointed out that people as young as 13 can be on TikTok with parental permission. Others believe that the platform is banning her because of her height and mistaking her for being younger than her actual age. This turned into a serious conversation about TikTok thinking that people with dwarfism are younger than 13 years because of their height. However, there was another speculation saying that trolls and haters must constantly be reporting her account, so Tik Tok banned it. However, there is no confirmation about it, just multiple theories.

As mentioned before, Tik Tok banned Emma Johnston’s handle for the second time. Prior to this, things were different. Although the 7 Little Johnstons star was upset, she didn’t lose hope. The young entrepreneur made a post on Instagram saying she is trying to get her account back. Meanwhile, she had made another handle for her well-wishers to follow. Many tried to help her out by suggesting various ways to retrieve her handle. It was clear that Emma loved making content on TikTok, so the account ban made her sad.

Well, making the second account was of no use. As mentioned before, Tik Tok banned this too. The audience had seen Emma’s handle and were sure that she was not violating any community guidelines. In fact, most of her posts would be funny or about dancing. Hence, it is a mystery for them as to why the platform is no longer allowing her to be there. Many encouraged her to post her content on Instagram Reels instead. However, Emma has not yet responded to these suggestions. Keep scrolling through TV Season & Spoilers

to get your hands on the latest 7 Little Johnstons updates.