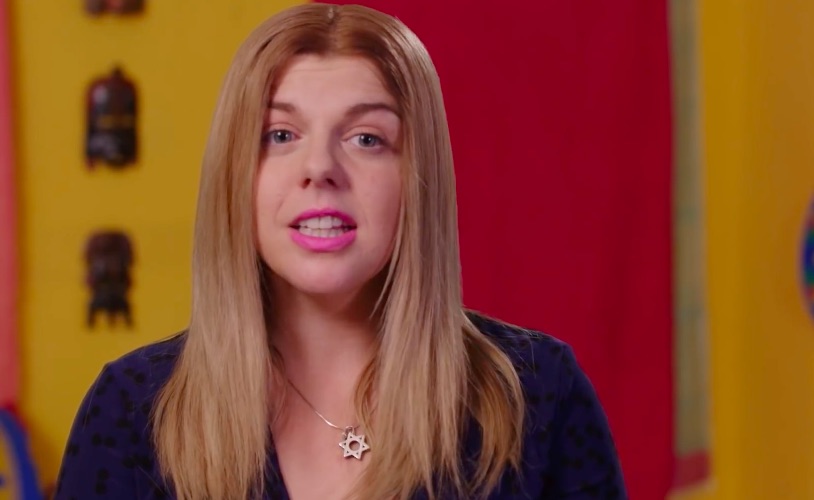 90 Day Fiance: Ariela Gives a Sarcastic Reaction To a Fan Asking Her To Be Nicer To Her Husband

Once a person has signed up for appearing on reality TV, being bombarded by unsolicited advice is inevitable. Recently, a fan asked Ariela to be nicer to Biniyam. To that, the 90 Day Fiance: The Other Way star had a sarcastic reply. Let us take a look at this in detail.

We saw Ariela having a lot of complaints about the living conditions in Ethiopia when she went there to deliver her baby. At one point, Biniyam was a bit overwhelmed with Ariela’s demands. But now when the cameras have stopped rolling on Ariela and Biniyam, they looked much happier than many other couples from the franchise.

Even though the couple didn’t confirm their location, some people have spotted them in Kenya. In one of the clips, Ariela, Biniyam, and Ariela’s mum were having ice cream sundaes somewhere in Kenya. While most found the recording cute, one fan pointed out how Ariela was always being mean to her husband.

In the comments section, the follower asked her to treat Biniyam nicely and referred to him as her husband, as reported by Screenrant. The same user added that she sounds mean and Biniyam is a nice guy. Another fan replied by saying that she was the one who moved to another country. According to the user, if Ariela has such a big problem she should be the one working as well.

Strangely, Ariela didn’t deny the ‘husband’ claim. She had a sarcastic and shocking reply to both concerned fans. Ariela said that she was a real nightmare, agreeing with the critics. Of course, sarcasm is pretty obvious. But the shocking thing is that she didn’t correct those 90 Day Fiance: The Other Way fans by telling them that she is just engaged. Or is she?

90 Day Fiance: The Other Way, Have Ariela And Biniyam Tied The Knot?

From the recent update on the social media accounts, Ariela and Biniyam look happy together. They seem to be enjoying their life with their little baby. Even though most fans think that Ariela is mean to Biniyam, they seem to be loving each other’s company.

It’s pretty clear that they are engaged but since as she didn’t correct the critic for the use of the word husband, fans are speculating that the couple might be married. Considering how well things are going between them, it won’t be surprising. Do you think Biniyam and Ariela are finally married? Let us know in the comments below.