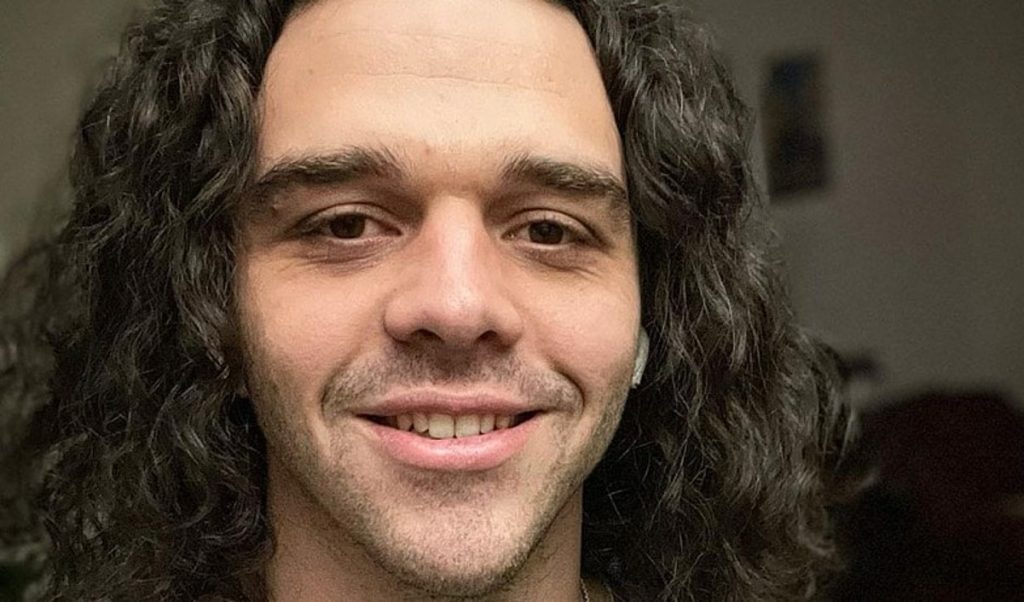 Last year, TLC introduced us to one of the most controversial couples in the history of 90 Day Fiance. Alina and Caleb started off their reality TV journey pretty well. However, it was the former’s scandal that caused an abrupt end to their storyline. As of today, Caleb remains in the limelight, and fans often get updates related to him on his social media. Recently, he surprised his followers with his new look. He is always recognized for his long curly hair with little facial hair. Caleb looked completely unrecognizable in his recent post with a bearded look. Keep reading to know more about his new look and his current status.

Caleb Greenwood, the TLC show’s famous personality, has recently got a new look. He took to Instagram to update fans with his new bearded makeover. He is seen with a long-grown beard. In the picture, Greenwood is standing outside, taking some bright sunshine while flaunting his beard looks with his long hair hidden inside the beanie. He wore a loose hoodie while posing for the camera. Well, his followers seem to like his new look as they shower his comment box with appreciating comments. The comments follow as one of them says they loved the bread and that it looked great. But Caleb is known for his long curly hair and trimmed beard from when he first appeared on the show with Alina Kozhevnikova.

The TLC star did not have a long journey on the show. Caleb Greenwood made his debut in the 5th season of 90 Day Finace: Before the 90 Days, along with his Russian girlfriend, Alina Kozhevnikova. The two of them met online and started dating each other. It was then they realize that they had known each other since their teenage years. Alina has a condition of dwarfism

called diastrophic dysplasia. When they first started dating, she was dubious about their relationship. It was maybe in their destiny Caleb ended their relationship. This is because he was not confident enough to take up the responsibility of a partner with disabilities.

Apart from their mutual breakup, Alina was caught in a problematic controversy. Scrolling through her older social media posts, viewers found her making racist comments. Due to this, TLC decided to fire Alina from the show as per the viewers’ demands. Since then, Alina has not been a part of the show. However, her Instagram feed keeps people updated on her current. As TLC cut off Alina from the show, Caleb’s exit was also obvious.

Caleb Greenwood recently took to Instagram to share his retro emo picture with his fans. In a vintage image that he posted, Caleb appeared very different from how he usually does. The 90 Day Fiance personality wore a black T-shirt that appears to be a trademark of the Swedish heavy metal group. In the picture, he was standing next to his friend. Moreover, his medium-length wavy hair was pretty enough to graze his cuteness. Caleb captioned the post saying, “Baby Caleb”.

Greenwood frequently shares vintage pictures with his followers. He also posted some pictures of his kindergarten. He captioned that post saying viewers of 90 Day Fiance wanted to see him in short hair. While the majority of 90 Day Fiancé viewers claimed he liked his hair, others thought his long hairdo was preferable. On the other hand, after Alina, Caleb was seen dating a Dutch woman named Sabina. She had pink colored hair and tattoos on her body. He seemed quite serious about her, but there were no updates on their status after a while. As of recently, Caleb seems to be dating actress Lauren Ash

as per his Instagram videos. For more exciting news updates, stay tuned to TV Season & Spoilers.