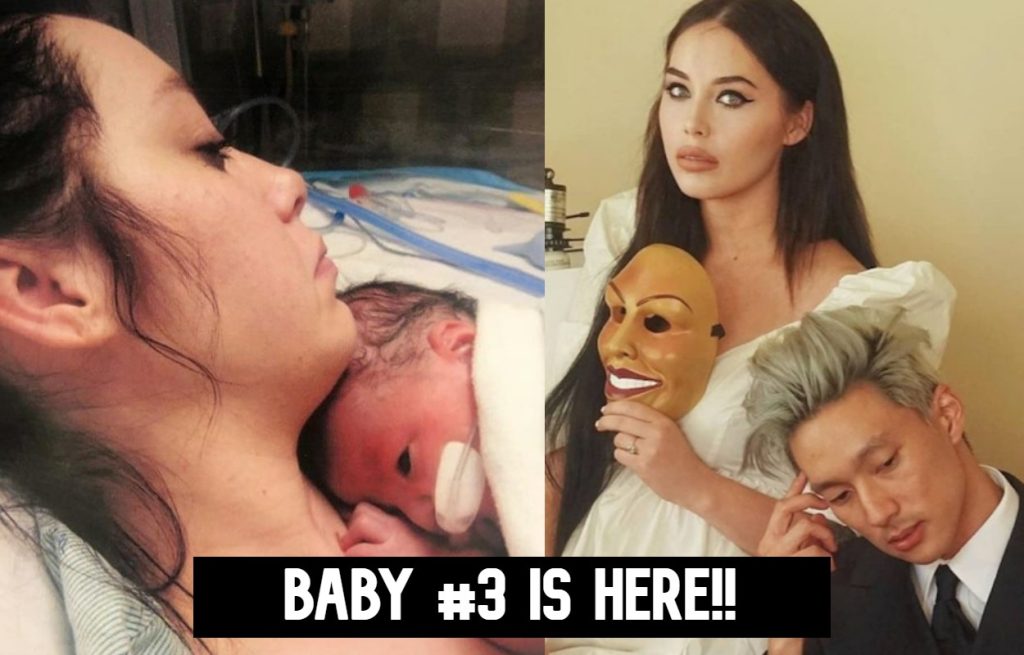 Deavan Clegg had a rollercoaster of a journey on 90 Day Fiance. She conceived her second child after meeting her ex-husband Jihoon Lee for the first time. Things have changed a lot since then. They are divorced, and she has full custody of their son, Taeyang. She is also in a relationship with actor Topher Park. They had been expecting a baby since May 2022, and Deavan finally gave birth to her third baby. However, the family has kept the entire matter low-key. The celebrity finally spoke up about this on her social media. Keep reading more to know all the details about it.

The 90 Day Fiance viewers saw Deavan’s pregnancy journey on the show. Initially, she had a daughter, Drascilla, from a previous relationship. She gave birth to Taeyang while she was appearing on the reality show. However, her relationship with the father of her baby didn’t last long. In fact, Deavan and Jihoon got divorced this year itself. Deavan moved on and found love in actor Topher Park. Back in May 2022, they announced the couple was expecting their first baby together. The celebrity mentioned that the due date is in the fall of this year. As the time came, the fans were expecting the news of the baby from the duo. Yet, they maintained a low-key profile and didn’t talk about it much.

At last, Deavan announced that she had delivered her third baby. While giving an update about the same, she mentioned that the little one is “healthy and doing well”. Without revealing the gender of her newborn, the 90 Day Fiance star continued to refer to them as “Baby Park”. In fact, the family was “enjoying their time” with the little bundle of joy. Hence, she thanked the viewers for giving them and respecting their “privacy”. Since the birth, Deavan hadn’t officially announced giving birth. The family is already having a tough time since 3-year-old Taeyang’s cancer diagnosis

. Hence, Deavan hasn’t been so upfront and open about sharing her sorrows during these tragic times.

As mentioned above, Deavan’s family and the 90 Day Fiance fanbase were shocked after discovering about Taeyang’s deteriorating health. The youngster is only three years old and suffering from blood cancer. It is specifically known as b-cell acute lymphoblastic leukemia. Therefore, Taeyang is going through chemotherapy and is on his recovery journey. As the entire world celebrated Halloween recently, Deavan also shared a heart-shattering update. Apparently, Halloween is her son’s favorite holiday since he “loves to dress up”. Alas, Taeyang was too sick to celebrate this year

Yet, Deavan mentioned that she and her baby boy happily distributed candies to the passerby trick-or-treaters. She also started a gofundme for her little one as the cost of all the medicines one has to procure during chemotherapy is hefty. Hence, the fanbase has been coming forward to help the family out in whatever way possible. They keep trying to uplift Deavan through the comments section while saying things will be better soon and she should hold out hope. Keep checking TV Season & Spoilers