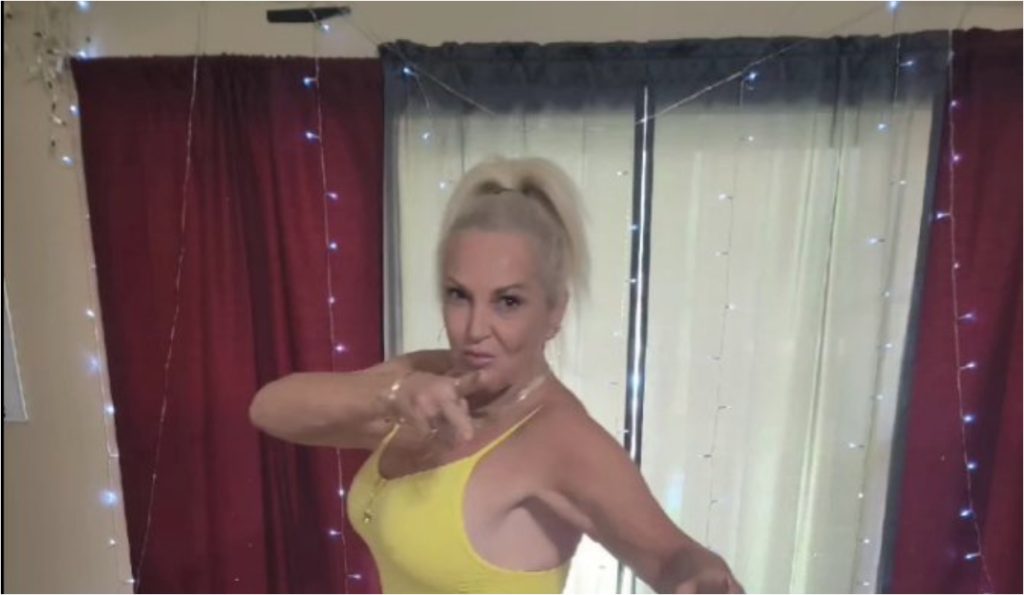 Angela Deem has been on 90 Day Fiance for many years now. However, her personality still remains the same. She started off her journey with Michael Ilesanmi in Nigeria. Now, they are living apart but still married to one another. Angela has a reputation for being loud and inappropriate. On the other hand, Michael has been the patient and meek one. Recently, a video has surfaced online featuring Angela busting out some nasty dance moves in the club and grinding against a pole! Keep reading to know more details about this.

Angela Deem is one of the most controversial stars to come out of the 90 Day Fiance franchise. She was initially controlling and dominant. However, things got out of hand in the recent tell-all episodes. That’s when she got very inappropriate and exposed her breasts in anger towards her husband, Michael Ilesanmi, and his aunty, who had joined from Nigeria. Since then, there were many petitions to fire the woman from the show. However, she is still starring in the Happily Ever After franchise.

Apart from this, the incidents from her everyday life also keep her in the limelight. Lately, someone on Reddit shared a compilation of the time Angela was in the club. Fans feel she was extremely drunk and unhinged. After busting some crazy dance moves, she began to move against the pole on the dancefloor. Hence, many 90 Day Fiance fans commented on these acts and said they were disgusted. Someone worried that Angela might just break her hip if she didn’t calm down. All in all, no one was happy seeing the star this way through the circulating video.

90 Day Fiance: Angela Says Michael Lied To ‘Get Into Her Pants’

Angela Deem and Michael Ilesanmi are still going strong in the latest 90 Day Fiance: Happily Ever After season. Both of them are clearly in an unhappy marriage and don’t seem to understand one another well. Yet, they are continuing with it. In the latest episode, they made peace with one another after their ugly feud. It involved Angela ripping Michael’s car apart and some minor hitting. However, they let bygones be bygones by having “make-up sex”. But Angela woke up the next day, upset after finding out Michael had lied to her for sex. She was so angry that the star kicked her partner out of her hotel room immediately.

It turns out that Michael promised her that he would take his Instagram down before getting intimate. His wife had a problem with him being on social media. Angela was upset and crying after finding out about her husband’s lie. She stated that “prostitutes get treated better”

in comparison to how Michael has been behaving with her. The man defended his actions by saying it was a “lie of love”. This didn’t earn him any points, and Angela was more upset. Keep reading more 90 Day Fiance updates by checking TV Season & Spoilers.