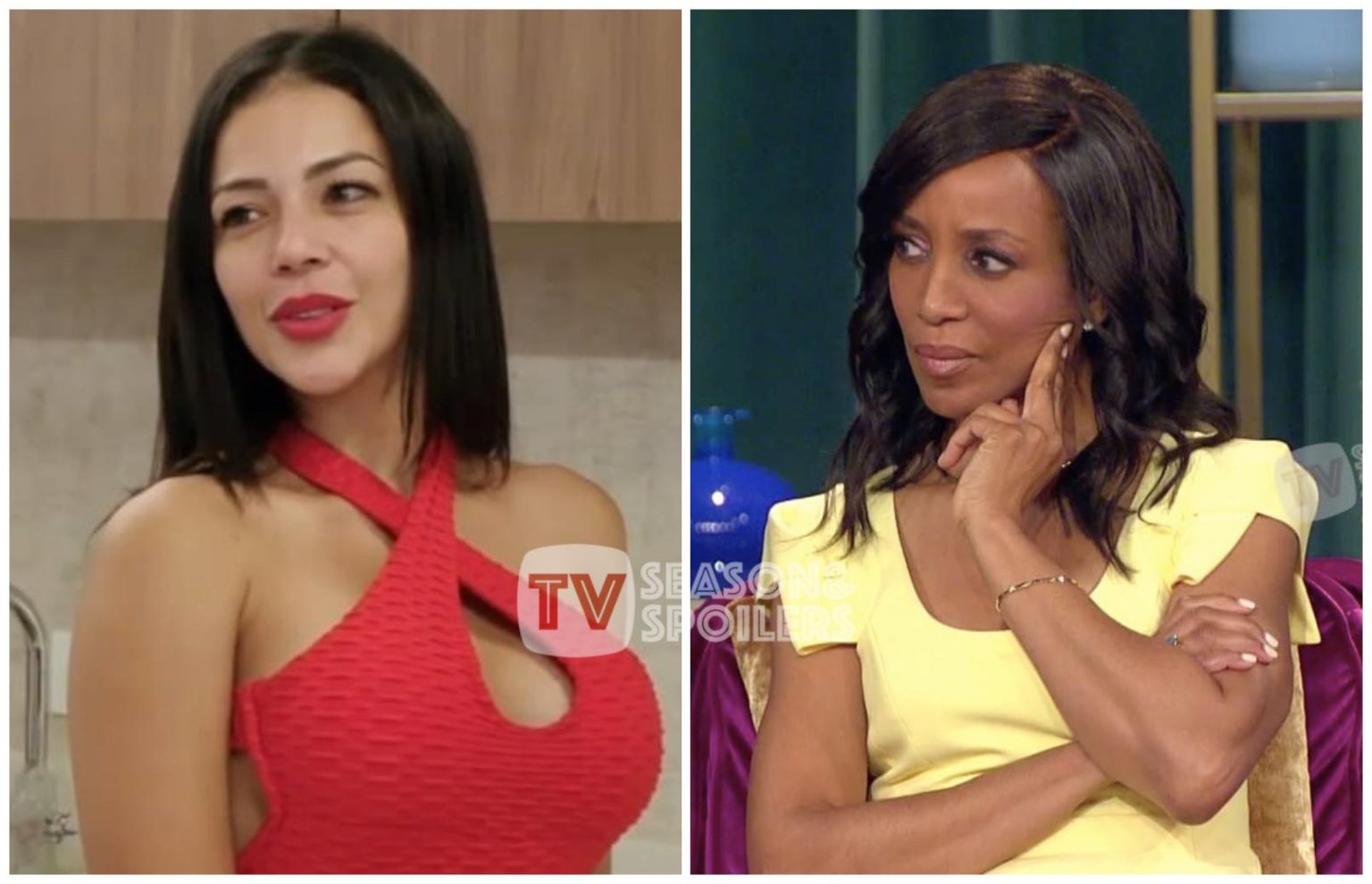 This year, Jasmine Pineda is undoubtedly one of the best cast members to come out of the 90 Day Fiance franchise. Initially, viewers didn’t like her for her possessiveness and aggression. However, she made a place for herself in everyone’s heart due to her savage comebacks and sense of understanding. Moreover, the Latina was again in the limelight after appearing in the Tell All episode. Now, the viewers are so impressed by her that they want her as the show’s new host! Keep reading for all the details.

90 Day Fiance: Jasmine Joining The Show As An Anchor? Fans Demand It!

Jasmine Pineda is one of a kind cast member from 90 Day Fiance. Moreover, fans are in awe of her for her savage comebacks and fierce personality. In fact, they got to see another side to her during the special Tell All episode. Although Shaun Robinson was acting as the host in the series, the new celebrity conversed with other contestants too. It was almost as if she was co-hosting the show with Shaun. Hence, viewers were greatly impressed by this. As a result, they began to demand TLC to bring her back as a host for the new special episode.

Since this demand started to take rounds on the internet, Jasmine herself found out about it too. Moreover, she shared a post on her Instagram story by a follower stating the 34-year-old needs to host the new tell-all as she “slayed”. As she put up the post on her handle, fans believe TLC would take notice of it. Hence, it could be a strong possibility that she will have a large part to play in another Tell All episode of the franchise. However, there is no certainty about it as the network has not yet shed light on this matter yet.

Jasmine and Gino did talk about expanding their family once on 90 Day Fiance: Before The 90 Day. In fact, the man wanted them to conceive during his trip to Panama to meet her for the first time. However, the foreigner felt they weren’t ready and admitted to being on birth control. It has been a long time since the series came to an end in real-time. Hence, a lot of things have changed since then. As a result, the Panama resident shared pictures of her fiance holding onto a soft toy with the caption “daddy to be”.

Yet, to everyone’s surprise, the woman soon made a massive reveal. It turns out the couple ended up adopting a pet rabbit. Hence, viewers realized they got pranked on the occasion of April Fool’s day. Therefore, they had a laugh over this matter and ended up congratulating the couple on their new pet. Even if Jasmine talked of having his babies, it seems like they would wait before taking such a major step. Keep checking TV Season & Spoilers for more such 90 Day Fiance updates.