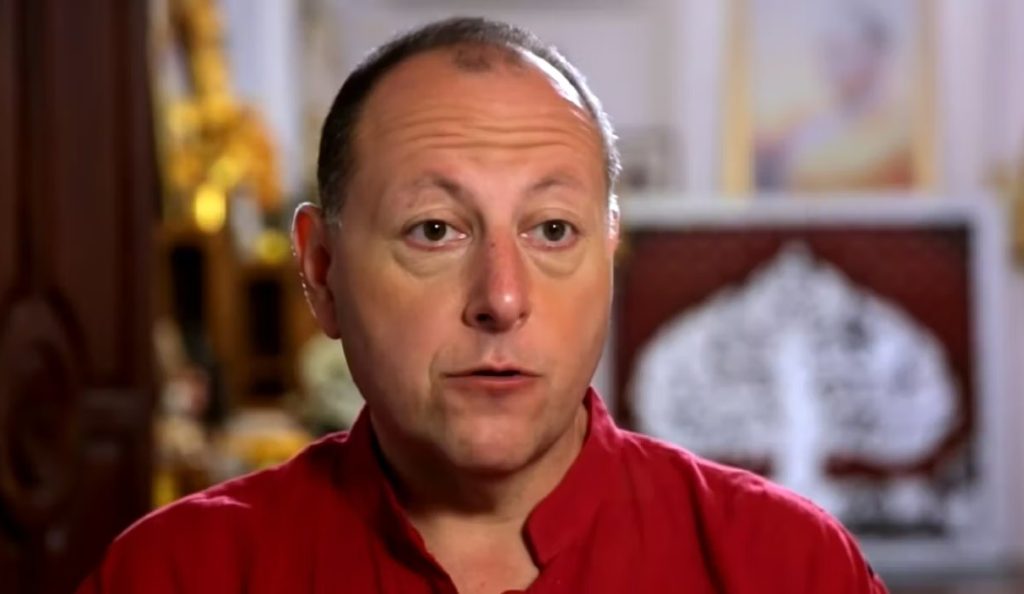 David Toborowsky rose to fame after he appeared in the reality television show 90 Day Fiance. He married a 24 years younger Annie Suwan on the show. He fell in love with the young beauty after seeing her singing in a Karaoke bar. Toborowsky was so deep in love with her that they got engaged within ten days of their meeting. The couple was then featured in 90 Day Fiance Season 5. Their journey was undoubtedly filled with ups and downs. However, tackling everything, they finally made it to the aisle. For the past few years, David has struggled with some issues related to his weight. But recently, he was spotted flaunting his packs. In the past few months, the former reality television star lost a few pounds and is now celebrating his success. Keep reading to know the details.

90 Day Fiance Season 5 featured the sweet story of Annie and David. After getting married, the couple started appearing in a spin-off series of the show. David has gone through a lot in his life. From his divorce to losing a job, he had to tackle every problem with a lot of courage and sheer strength. Fortunately, things got in their favor after the couple came on the show. And, their lives changed for good. However, the one thing that used to bother the fans was his eating habit. His weight was constantly increasing. Toborowsky weighed 350 pounds before he met Annie.

These days, David has become very health conscious. He has started exercising and is adapting healthy eating habits. Slowly, the results are also showing up, and luckily enough, Toborowsky has lost 70 pounds

. At the beginning of August, the couple celebrated his weight loss journey. However, David had a very creative idea to shock his fans. He had recently posted a picture of him on his official social media account, flaunting his six-pack abs. Well, he does not have real abs. The reality television star wore a T-shirt with the abs printed on it. His funny caption caught everyone’s attention, and the picture began a laughing riot amongst fans. David wrote that his wife wanted to see him with six-pack abs. Moreover, he added, “happy wife, happy life.” His beautiful wife jumped to the comment section saying, “Sexy mannnnnnn.”

The 90 Day Fiance star started focusing on his health after he settled in America with his Thai wife. They are one of the favorite couples on the reality television show. Both of them are very happy together. And now, with his weight loss journey, fans are praising him for his hard work and dedication. Unlike most people who opt for surgeries to lose weight, David Toborowsky dropped his weight naturally.

He started his weight loss journey last year, and within a year, the celebrity managed to lose a lot of weight. David and Annie often share pictures on their social media about their healthy diet. They are currently exploring new places. Keep coming back to TV Season & Spoilers for all latest reality series updates.