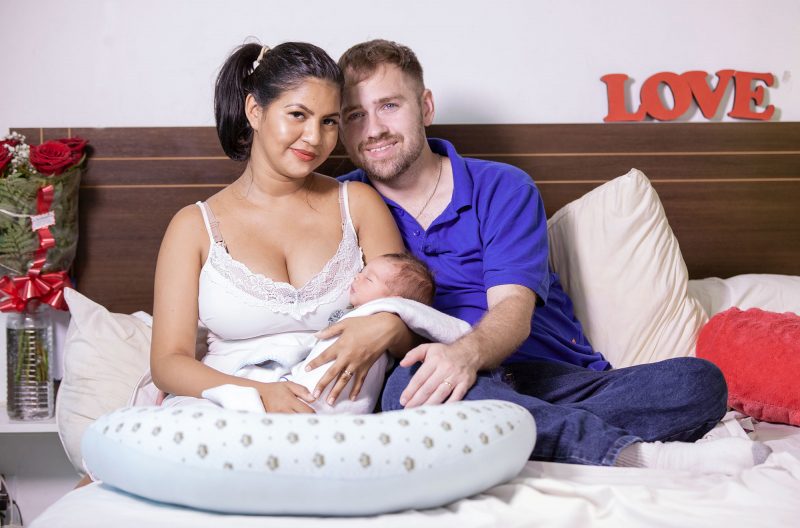 Paul and Karine’s second baby has arrived on February 5th! According to the update Paul gave on Instagram, he is born healthy and very fast. The Kentucky native revealed that his wife will be posting video logs until the birthdate. However, they won’t be live streaming or uploading videos from the day of birth as well as for some time after that. Let’s take a detailed look at this.

Paul And Karine Are Finally a Happy Family of Four

The couple tied the knot in 2017 and have had an up and down relationship since then. In July 2020, they had a massive altercation. Paul stated that his wife went missing with their son. She also ended up filing a full restraining order against Paul. There was a time she wanted to leave Paul and go back to Brazil with her son. But when she was talking about this with her lawyer back in Brazil, Paul caught her red-handed which led to a huge fight.

At the time, Karine also accused Paul of sexually assaulting her. Later, they dropped the restraining order and Paul explained that it was all the translator’s fault. According to him, the person translating was cooking up his own stories to make him look bad. But when their fight was in full swing, Paul was worried about not seeing his sons for a long time. He was trying to cope with the fact that he would probably never see Karine and his kids again. But now that they are happy living in Brazil, things have turned around for the couple.

Before the birth of the second son Ethan, Paul asked for fans’ prayers for Karine. The hospitals didn’t have a spot for them due to the pandemic. Fans were hoping for the couple to find a midwife if it came down to an apartment birth. After all, it was too late to go to America by that time.

90 Day Fiance: Happily Ever After, Pierre Is a Big Brother

After giving birth to Pierre in 2019, Karine was happy and fine even though she had a hard time. But since the baby was calm and was breastfeeding well, the young mother was relieved. On the other hand, Paul stated that anyone can make a baby. But it’s a whole new thing to be a father throughout their life.

Some 90 Day Fiance: Happily Ever After fans have pointed out that the couple seems unfit for having a child. Do you think their issues will resurface again? Let us know in the comments below.