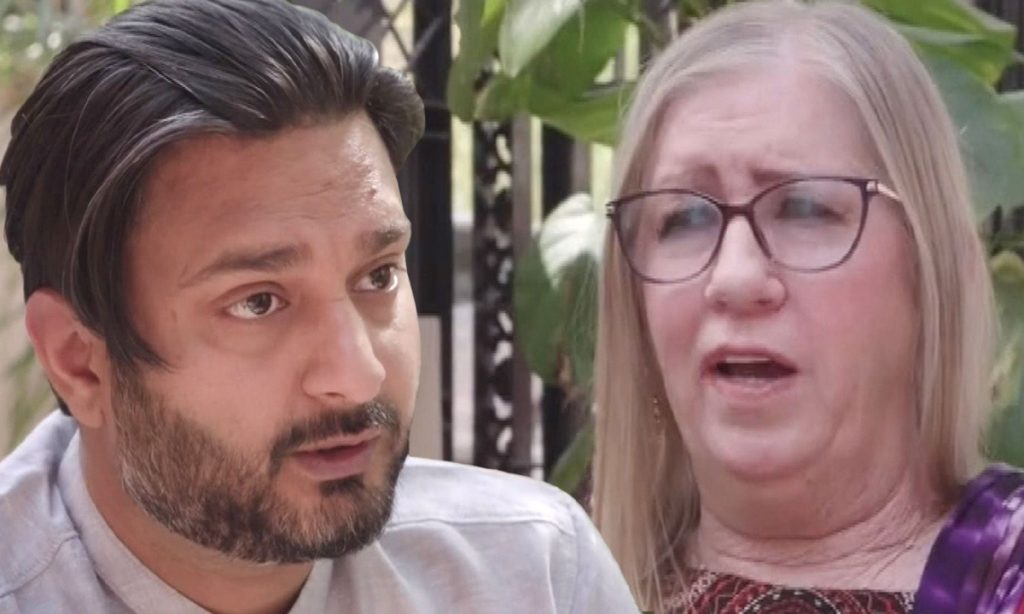 90 Day Fiance: Jenny Gets A Shock As Sumit Plans To Adopt Kids In India!

The 90 Day Fiance fans know that Jenny and Sumit’s life has never been out of the drama. Apparently, the star couple has always received much backlash because of their age gap. Fans know that the duo secretly tied their nuptial knot without Sumit’s parents’ concern. Hence the elderly couple has completely disowned their son for getting married to a woman who is 30 years older than him. Earlier, Sumit just thought of age as just a number. But lately, he has realized that maybe age really matters. Not only this, but lately, Sumit has acknowledged the need to have children. But will Jenny agree to it? We have all the information you might wish to know, so keep on reading.

The 90 Day Fiance fans know that Jenny and Sumit have been trying their best to convince his parents. But it seems they really meant it when they said their son had died for them. Apparently, the elderly couple’s main concern is that they won’t be able to have grandkids, and there will be no one to carry on with their legacy. However, fans are well aware of the fact that after all these ten years of relationship, Sumit and Jenny were clear about the fact that they won’t ever have kids. But it seems that the 33-year-old Indian man has something out of the box in his mind now.

In a recent clip from the upcoming episode, Sumit finally dropped the bomb on his wife. Apparently, Jenny’s daughter was also a part of the incident. The trio sat down together, and then Sumit revealed that he plans to have kids within the next two years. This was a literal shock for the 64-year-old as she couldn’t believe it. Apparently, all these years, she had a belief that she had made it clear that the couple won’t have kids. Her instant reaction was, “What the f***?”.

Not only this, but Sumit further reveals that he not only wants kids but has decided that he doesn’t want to move to America either. Apparently, he further adds that within two years, he’ll be 35, so he is planning to adopt kids within this duration and raise them in India itself. Evidently, he thinks that maybe if he has kids, his parents will forgive him and will accept his relationship with Jenny as well.

90 Day Fiance: Will Jenny Accept Raising Kids All Over Again?

Many 90 Day Fiance fans would know that Jenny is 64 years old. Apparently, the star already has children and has raised them well enough now. Hence, that is the reason, from day one, she made it clear that she wouldn’t entertain the idea of kids. Slatten was instantly shocked by the revelation from her husband. S he simply exclaimed that this topic has been clear all over these years, and now out of nowhere, it has sprung up. She is baffled. Jenny simply asked Sumit if he really wanted to have kids

, he shouldn’t have married her.

Meanwhile, in the conversation, Jenny’s daughter chimed in. She simply asks Sumit if he had this in mind. And if he did, he shouldn’t have married a person who is done raising kids. But Sumit yet tries to justify himself. He explains that it is the only way to win his family back. When they have a kid, they’ll need a family as well to take care of the child. Hence, they’ll stay in India for that. But will Jenny agree to this? Will she be able to raise a child at this age? For all the latest 90 Day Fiance tea, keep coming back to TV Season & Spoilers.