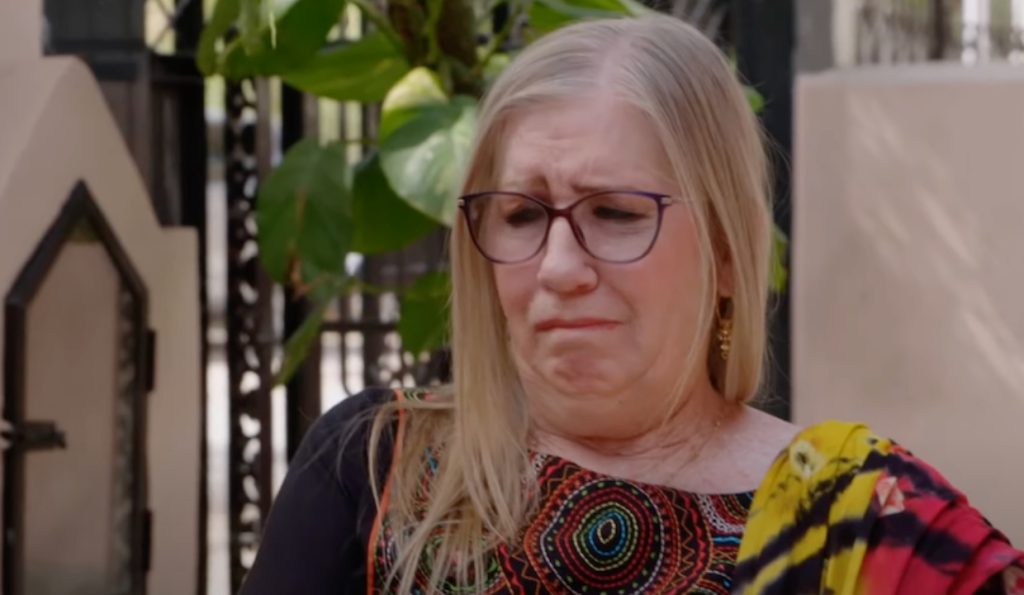 90 Day Fiance stars Sumit and Jenny have been going strong for over a decade! Their hearts became one after they met one another online ten years ago. The couple’s love was so strong that the latter migrated from America to India to be with him. After many hardships, they have tied the knot and are currently enjoying their married life. To spice things up, they also took a Kama Sutra class together. Things took a different turn when Jenny realized she was the eldest person to be doing the session. Keep reading to know more about this.

90 Day Fiance: Jenny & Sumit Go For A Kama Sutra Class! She Is The Eldest Person There

Jenny and Sumit are slowly becoming the strongest 90 Day Fiance

couple on the show. Initially, their journey was off to a bad start. It involved catfishing, Sumit’s first marriage, his parents’ disapproval, and so on. At last, they are happily married to one another and looking for their happiness. Lately, while on honeymoon, they took a Kama Sutra class. Jenny was reluctant to visit at first, and she argued that the star has all the experience she needs at her age. Hence, she didn’t need to know additional things.

Hence, Jenny only agreed to go to the Kama Sutra session because of her husband, Sumit. He was the one who wanted to learn ways to spice things up in their bedroom. Their instructor was also in shock after noticing Jenny. He worried that she would get injured during the class. Well, Jenny managed to prove him wrong and had a lot of fun while practicing new poses with Sumit. By the end of it, both of them were very happy and laughed a lot during their confessional. The 90 Day Fiance fans were glad to see the couple having so much fun with each other.

90 Day Fiance: Jenny Makes Sumit Do All The Household Work?

While the 90 Day Fiance fans are already catching Sumit and Jenny’s adventures on Happily Ever After, they also post on their social media very frequently. They never shy away from depicting their fun side on their Instagram handle. Lately, Jenny put up a post that was quite concerning. She was smiling and laughing at the camera while Sumit was cleaning a window behind her. Viewers began to wonder if Jenny was making her man do all the household chores.

Jenny clarified in the caption that her husband loves to clean, even during vacations. That’s when the 90 Day Fiance audience realized that Jenny and Sumit made a funny reel just for laughs. Hence, things are okay between the two, and they were having fun on their holiday. In the previous episodes, Sumit also tried to convince Jenny to let him go back to work

. But she wasn’t on board with him working for 6 days weekly. Viewers will have to keep watching the new season to see how things unfold in the upcoming episodes. Keep track of the latest reality TV updates by staying tuned to TV Season & Spoilers.