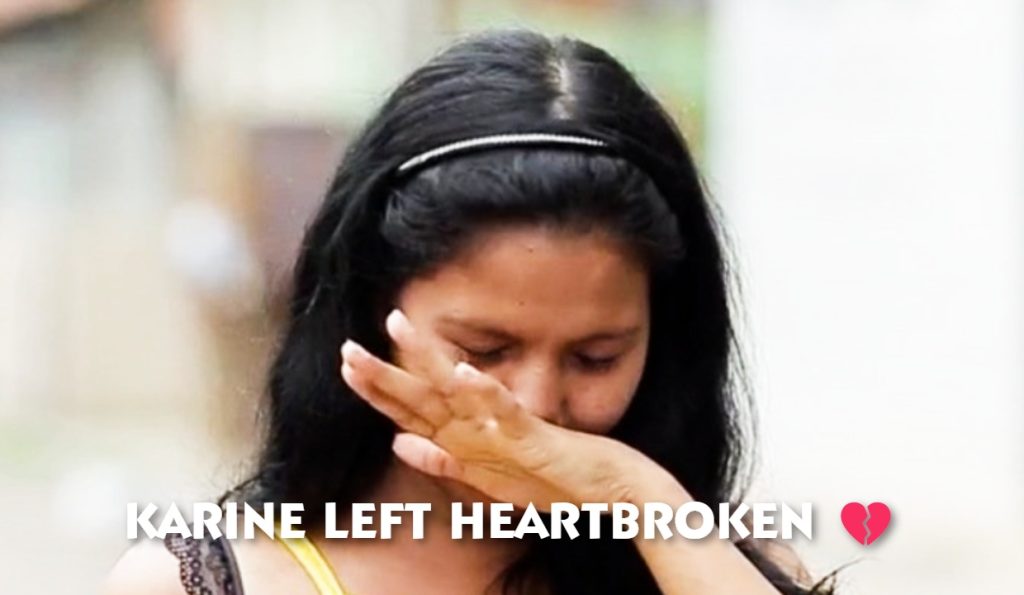 Karine Martins and Paul Staehle became known faces after starring in 90 Day Fiance. Their relationship then became part of more franchises. At last, they couldn’t last and separated. Even their disturbing video featuring domestic violence became part of the internet. At last, the court separated them from their kids, Ethan and Pierre. Both of them are under Child Protection Services, i.e., CPS, now. Amidst this tragic situation, Karine shared a concerning video talking about the same. Keep reading to know more details about this.

90 Day Fiance: Karine Martins Breaks Down While Talking About Her Boys

Karine and Paul’s relationship was a disaster waiting to happen. First, 90 Day Fiance captured them spending time in Brazil only to move to the USA at last. They also had two sons while they were together. However, their relationship got very problematic at last. Footage of Karine Martins hitting her husband amidst the presence of her kids took over the internet. Following this, the court considered them “unfit” to care for their sons. Hence, they are now under the custody of Child Protection Services. While Paul Staehle is off vacationing in Brazil, his former wife is in America. She is following all the protocols that will enable her to regain custody of her babies.

Lately, she shared a video of herself breaking out infront of the camera. Karine was upset that she was not with her kids, Ethan and Pierre. Although she didn’t burst out crying, she wiped her face several times as they were welling up with tears. Martins tried to play it cool while saying she was focusing on her everyday life. The 90 Day Fiance fans could sense that she was deeply hurt and putting a brave face on. Yet, Karine continued to carry on with her day, cleaned up her house, and also recycled. The fanbase prayed for her and told her to stay strong, assuring her that she would reunite with her kids soon.

Paul and Karine have been struggling for a long time. Although they are not together, both of them are suffering the same pain. As mentioned above, CPS took over their kids, and Ethan and Pierre are in foster care. Paul took to his social media to reveal that Karine only gets to see their kids once a week for an hour. He revealed that his former wife has been following the protocols laid out by CPS and the court since December. Hence, he found it unfair. The 90 Day Fiance star called out Judge Hagarty. He is an ex-prosecutor. He wanted an evaluation for CPS Jefferson county. That’s because Paul called the system “corrupt” and shamed the judge

He also called his ex-wife, Karine, hardworking. Paul stated that she has assistance from the government and enough food stamps to support living by herself. Despite such a heavy statement, the celebrity had to face criticism. That’s because 90 Day Fiance fans called Staehle out for being out of the country and vacationing in Brazil. Many of them questioned him for not being there for his kids and escaping the responsibilities of being a parent. So far, Paul has not yet responded to the backlash. Keep coming back to TV Season & Spoilers for the latest reality TV tea.