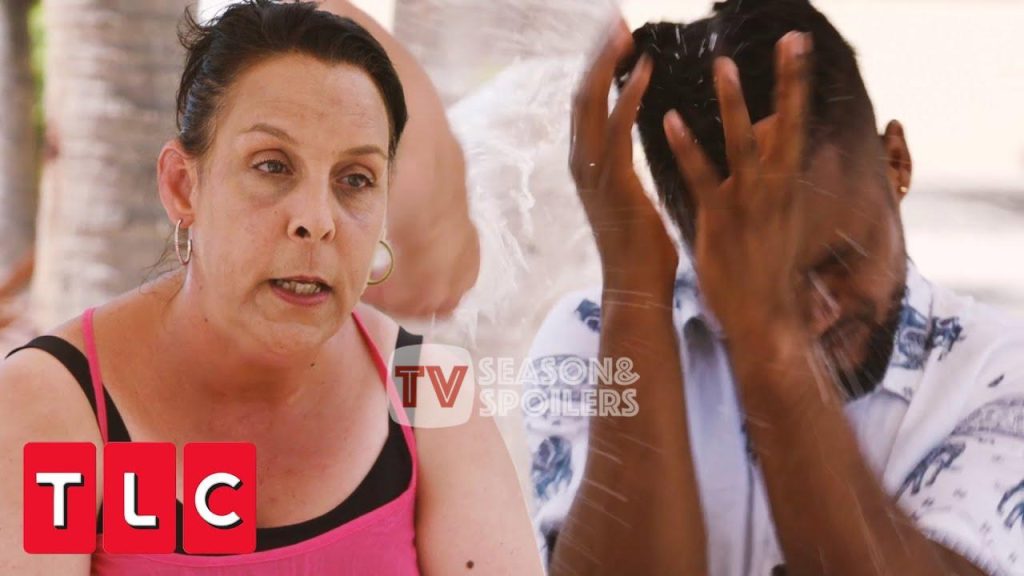 Kimberly and Usman became a prominent part of 90 Day Fiance: Before The 90 Days. As predicted, their relationship has been far from perfect due to tons of alarming issues. Now, there has been trouble in paradise yet again. Apparently, the American woman reached her breaking point and ended up spilling a drink on her man’s face during an argument. So, will they call it quits and part ways forever? Keep reading to know more details.

90 Day Fiance: Kim Angry At Usman For Putting No Efforts, Sloshes Drink On Him!

Kimberly and Usman began their journey on 90 Day Fiance with tons of problems. Initially, the woman was eager to get intimate with Sojaboy while he wasn’t comfortable. Then, they faced lots of ups and downs related to the abovementioned topic. Later on, things got out of hand when the duo went on a trip to film the budding artists’ new music video “Zara”. Earlier, the foreigner said it was just a random name of a girl. At last, he came clean to his current lover by saying it is the name of his ex and the song is based on her.

Moreover, the Nigerian man was in touch with his former lover when he met Kim online. While the 90 Day Fiance star was going through a tough time after all these reveals, things kept falling apart. Eventually, the 50-year-old confronted her boyfriend and reminded him of all her efforts into their relationship. First, she started off by telling him about all the lavish gifts she got him. However, Usman seemed indifferent to these statements.

Eventually, the San Diego resident gives him an ultimatum while saying he must do a “grand gesture” to prove his love to her. At last, she finally asks the singer how much thought he put into the trip for her. To this, he answered with “nothing”. That’s when the woman hit her breaking point and sloshed a drink on his face. She also walked away from the spot while dropping the f-bomb on him.

90 Day Fiance: Kim and Usman Finally Broken Up? She Flies Back Home?

After the abovementioned incident, both Kim and Sojaboy open up in front of the cameras. As per the ETOnline promo, the latter says it was very disrespectful as most women in Nigeria are “100% submissive”. Meanwhile, the former confesses that she has never thrown a drink on anyone before. Yet, she did so as the celebrity got reminded of her ex-husband, who cheated on her and “laughed” at her feelings. Hence, she got triggered. Moreover, the 90 Day Fiance couple’s fight followed when they went to their hotel room. That’s when the musician tells her he is not “feeling it” anymore, and she begins to remind him of his ex ‘Lisa’.

Apparently, the American native tells him she would take a flight and leave. However, the man is again unbothered by this threat and tells her to have a “safe flight”. When the celebrity leaves their room, the woman breaks down into tears and reveals it would be very hard for her to “remove” him from her life now and probably won’t ever “date” again. Despite everything, there are also rumors that Kimberly and Usman eventually got married

after all the drama. As of now, it’s hard to predict the fate of their relationship. Keep checking TV Season & Spoilers for more such 90 Day Fiance news.
News