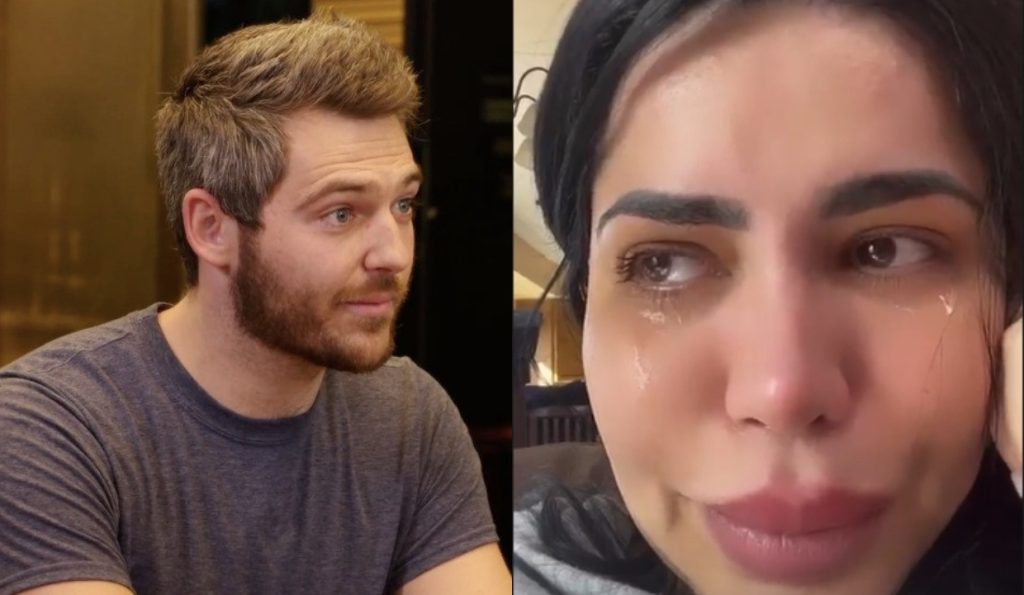 90 Day Fiance: Larissa Is HOMELESS After Eric KICKS Her Out Of The House In Colorado!

Larissa Lima is no longer a part of 90 Day Fiance. Yet, fans love keeping track of her life through her social media. TLC fired her after she started getting associated with creating adult content. Despite this, she has a huge fan following. In fact, it has increased since her new job. But things haven’t been so good with the celebrity. Longtime fans must know that she was still staying with her ex-boyfriend, Eric Nichols. It turns out that the former couple had a falling out, and he kicked her out of their house! Keep reading to know more details about this.

90 Day Fiance: Ex-Couple Larissa & Eric Get Into A Fight! He Kicks Her Out Of The House

Larissa Lima first became part of 90 Day Fiance as Colt Johnson’s wife. However, that relationship wasn’t a happy one. Both of them were not good for each other and parted ways eventually. At last, Larissa found love again in a man by the name of Eric Nichols. That relationship didn’t work out, either. Despite this, they continued to be in contact with one another and stayed together. Larissa had made a post last year calling Eric her “roommate” as she moved with him to Las Vegas. Fans thought it was a bizarre arrangement to continue to live with your ex, but she was still doing it.

Larissa had made another post about moving back to Colorado from Las Vegas. It turns out that she began having problems with Eric right after it. She made posts on Instagram of herself crying. The caption for the same said that the star is tired of getting “kicked-out” of the house every day and listening to “horrible things”. The former 90 Day Fiance cast member also put up a picture of a suitcase on the road outside of their house. Popular blogger John Yates reshared these videos on his Instagram. The viewers were concerned after looking at these posts. Some also called it “attention seeking”.

90 Day Fiance: Larissa Poses With A Moving Truck! Where Is She Going?

Larissa Lima’s life has been quite extravagant since she bid goodbye to 90 Day Fiance. She became an adult content creator and made her OnlyFans account. Since then, she got a lot of popularity. Apart from this, Larissa’s excessive surgeries also keep her in the limelight. Viewers love to see her transformations. With this, the woman also shares updates from her life through her Instagram. She had made a post from Las Vegas while posing with a moving truck. She wanted her followers to guess where she was headed.

Many viewers knew that Larissa and Eric Nichols were moving together. After making the viewers guess about her move, she came clean about heading back to Colorado. Before Las Vegas, the ex-couple was residing in Colorado itself. She didn’t mention the reason why they wanted to move back. Moreover, the new posts on her social media have left her supporters concerned. However, there is no sure way of telling what Larissa will do now until she makes a post about it on her social media. Keep checking TV Season & Spoilers

for all the latest 90 Day Fiance.