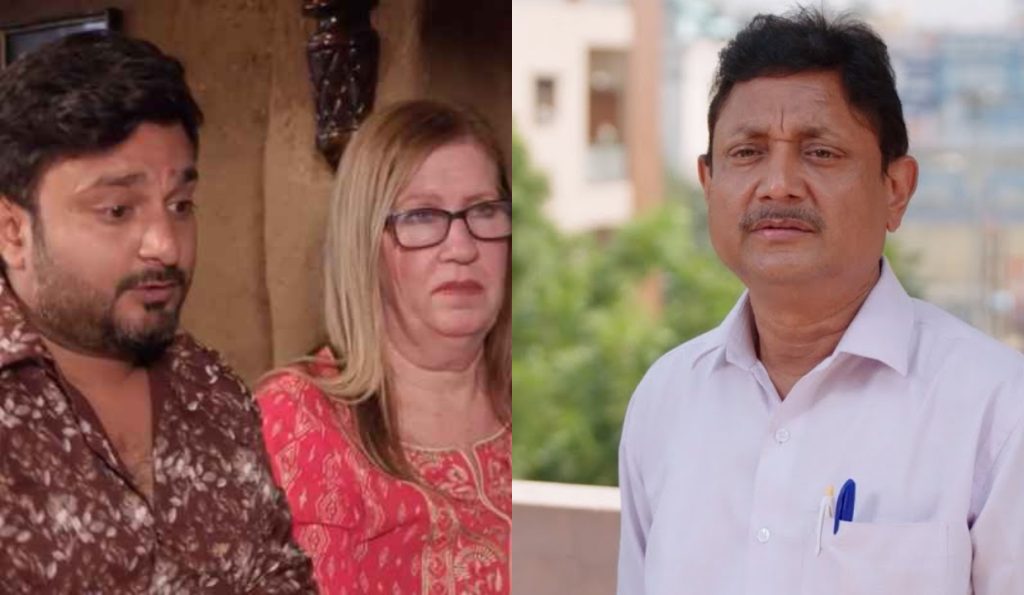 90 Day Fiance: Sumit & Jenny Getting Divorced After His Father Pressurizes? Jenny Going Back To The US!

Jenny and Sumit’s relationship has gone through many hurdles and obstacles in the last few years. Although the 90 Day Fiance couple has been together for almost a decade, viewers began seeing their journey in the last 3-4 years. Lately, Sumit’s parents have been creating a lot of trouble for the duo. At first, his mother, Sahna, disowned both of them and refused to interact with them at any cost. Lately, Sumit’s father has also done something alarming. He demanded his son get a divorce from his wife! Keep reading to know more about what went down in the heated family discussion.

90 Day Fiance: Sumit’s Father Furious At Couple’s Possible US Move! Wants Them To Get A Divorce

Sumit and Jenny’s journey on 90 Day Fiance: Happily Ever After began with a massive reveal. The former finally came clean to his parents about secretly marrying his wife. As mentioned above, his mother broke down and “disowned” her son. She hasn’t interacted with them since then. At last, Jenny’s daughter, Sumit, Jenny, and Sumit’s father, brother, and sister-in-law got together for dinner. That’s when hell broke loose as Sumit’s dad, Anil, still refused to accept the couple. He stated that it was because society and other family members have been “harsh” to them after finding out about Sumit and Jenny’s age gap. That’s when Jenny finally spilled the beans about moving to America with her husband.

She believed that this would make things easier for Sumit’s family. As they wouldn’t be in front of them and they wouldn’t have to see them much. Jenny said so after realizing that the family would never accept her or their relationship. In a promo by People for the upcoming episode, Sumit’s father mentioned that they want a “separation from Jenny”. He also stated that his son’s relationship wouldn’t last for more than “one or two years”. The 90 Day Fiance fans have never shied away from calling out Sumit’s parents for their toxicity and their orthodox ways. They have been in support of Jenny for a long time and have been urging her to fight for her love. However, this incident made matters worse. Sumit, as usual, was upset and quiet regarding the entire discussion.

90 Day Fiance: Fans Slam Sumit Again For Not Standing Up For Jenny!

While the heated discussion over dinner was taking place between Jenny and Sumit’s family, the latter was extremely quiet. In fact, his family was in disbelief, and Sumit’s brother Amit confirmed once again if the couple really planned to move to America. That’s when Jenny immediately responded that she wished to do so for the couple. Sumit mentioned in his confessional that he wasn’t expecting his wife to drop such a massive bomb in front of his parents in such a way. Despite this, he continued to be mum during the entire conversation. Hence, the 90 Day Fiance fans began to slam the man for not backing up his partner when she expressed disappointment regarding Sumit’s parents not accepting the duo.

It turns out that Sumit is still willing to reconcile with his parents. Owing to his Indian values, the man feels that a couple can only be happy and lead a smooth life by getting their parents’ blessings. This hasn’t been the case in their marriage. Hence, he wishes to stay in India to make things better with his family. However, Sumit and his family seem to be falling apart as the episodes progress. In fact, many fans also feel that the couple should start a new life in America, as there seems to be no scope for things to return to normal. Hence, Sumit has been in deep waters as he is unwilling to act in favor of his wife. Keep coming back to TV Season & Spoilers