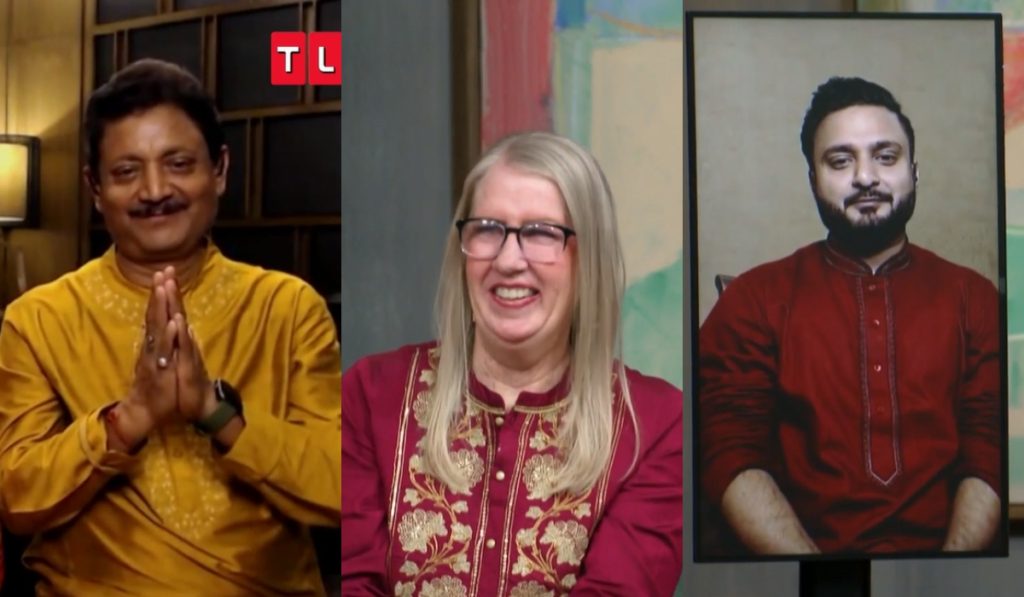 Sumit Singh and Jenny Slatten have gone through many hardships in their ten-year relationship. They have been showcasing their love story on 90 Day Fiance for a long time. One thing has been common in their adventures. It’s Sumit’s parent’s disapproval of his and Jenny’s bond. That’s because they almost have a 30-year age gap. This had made Jenny’s in-laws quite uncomfortable, and they even disowned the couple. However, it looks like Sumit’s father, Anil, had a change of heart. That’s because he finally gave the duo his much-awaited blessings. Keep reading to know all the details behind this.

Jenny and Sumit tied the knot with a secret Indian wedding in the last The Other Way season. So, the couple made a comeback in Happily Ever After to showcase their marital life. Since their wedding was a secret, Sumit finally fessed up with his parents about it. At last, the parents disowned the couple after this reveal. However, things have significantly progressed since that moment. Sumit’s family consisting of his father, Anil, brother Amit and sister-in-law Shree, became part of the Tell All. In a new Eonline promo, the head of the Singh family announced he had given his “blessings” to his son and daughter-in-law, Jenny. Shaun Robinson, the 90 Day Fiance host, was quite curious to know “what changed” in the family and how they instantly accepted Jenny.

That’s when Anil stated that there was nothing they could have done as Sumit and Jenny had already married one another. At last, they realize that their happiness lies with Sumit, and he has been happy with his wife. The host still wanted to know if Jenny would be invited to family gatherings after this development. But Sumit’s brother Amit and his wife Shree stated that things are complicated when it comes to their mother, Sadhna. She is still not okay with the bond and doesn’t want their relatives to “face” Sumit and Jenny together. However, Jenny was okay with it as she acknowledged Sumit’s mother not being uncomfortable makes her uncomfortable too. So, the 90 Day Fiance celeb would be happy being home, away from the family, during their events.

Jenny Slatten looked very happy after Sumit’s father, Anil, gave the couple his blessings. While grinning ear to ear, she sent her husband’s family a flying kiss and joined her hands. It looks like the Singh family also acted on their words. After the Tell All filming, the American woman came back to Delhi, India, to be with her partner. Together they also celebrated Christmas. In a new Reel on Jenny’s Instagram, she was enjoying her holiday with her partner’s side of the family

. So after witnessing the new promo, fans understood that the family is slowly reconciling. However, the Indian man’s mother, Sadhna, was not present in the clip.

So, it was clear that the matriarch is still having trouble coming to terms with her son’s relationship. But the audience was happy that the family is still taking baby steps to smoothen their issues out. By the time the Happily Ever After finale rolled in, Jenny had stated that she will take Sumit to America with her if his family doesn’t give their relationship the green light. But that doesn’t seem to be the case anymore as both sides are inching towards making peace now. The fans still remain curious as ever to see if Sumit’s mother will ever come around to forgive the couple or not. Are you happy with Sumit’s father giving the duo his blessings? Tell us in the comments below. Until then, TV Season & Spoilers has got you covered with all the latest 90 Day Fiance updates.