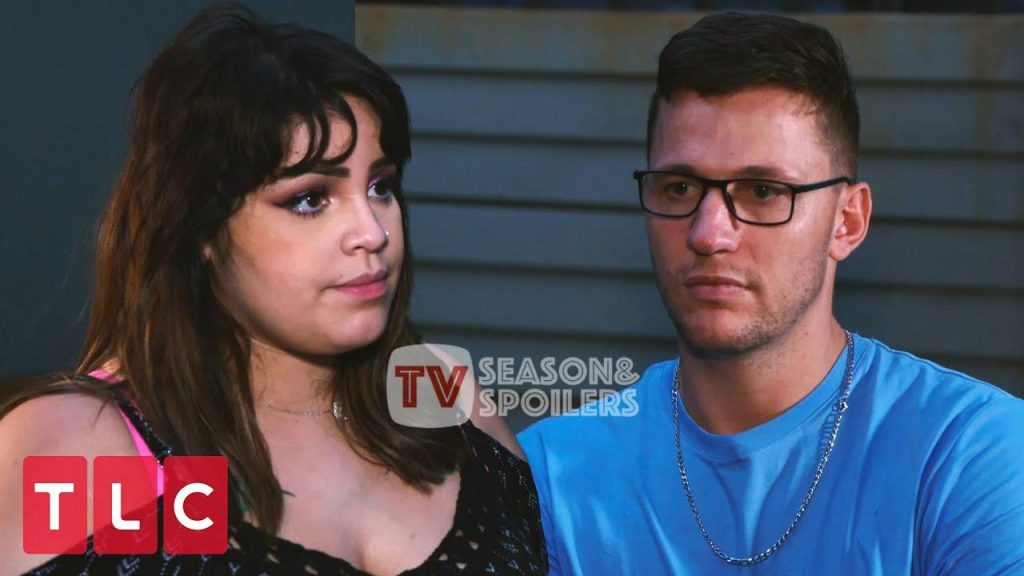 Tiffany Franco and Ronald Smith’s relationship continued getting toxic as 90 Day Fiance episodes progressed. Although the both of them announced their separation on a Tell All episode, they didn’t get a divorce. At last, Tiffany also became the newest member of The Single Life franchise. That’s when the celebrity expressed that she has been trying to get out of the marriage for a long time, but Ronald has been refusing to. Well, there is proof now that things are the other way around. Hence, the South African man has been the one to break it off legally, but his former wife, Tiffany, is refusing to. Keep reading to know more details about this.

When Tiffany Franco became a part of The Single Life, viewers saw her explore the dating scene as a single mother. Apart from her daughter, Carley, whom she shares with 90 Day Fiance star Ronald Smith, she also has a son from a previous relationship, Daniel. The TV couple tried to make it work multiple times by being on and off. However, it always ended terribly for both of them. In the latest Tell All, Tiffany expressed that she tried to get out of the marriage after separating from Ronald. However, the divorce never took place as the husband wanted to keep holding on. But an Instagram page by the name of ’90DayFianceUpdate’ is proving otherwise. They had proof stating that Ronald had filed all the paperwork.

In fact, Tiffany Franco was the one who constantly told him not to “rush” things in the texts. Other details reveal that Ronald will be allowed to serve Tiffany twice with a divorce after this. If she still refuses, then the high court will be in control of the proceedings. The 90 Day Fiance fans were shocked at this revelation. Tiffany had talked about “filing paperwork” for divorce during the special episode. Hence, the screenshots were proving otherwise. As per InTouch, Ronald had mentioned that his life “goes on,” and he refuses to be “bound by” an unsuccessful marriage. Yet, Tiffany is still refusing to sign the paperwork, making this more difficult. The fans remain surprised at how toxic the couple has been even after their marriage ended.

As Tiffany’s lies have come into the limelight, the 90 Day Fiance fans have been having trouble following the narrative. That’s because even Ronald has been accused of lying in the past in their relationship. While both the stars are extremely toxic to one another, the viewers are getting tired of their drama. Lately, another rumor has taken over the internet. There was a buzz that Ronald Smith’s girlfriend, whom he dated after separating from Tiffany, was pregnant. As fans wanted clarification on this, they asked the young mother about the same during her live session on Tik Tok. While Tiffany didn’t answer with a yes or a no, her response gave away a lot. She smirked evilly while saying, “maybe”. She didn’t stop there.

The celebrity took a big swig of her drink while asking her audience to “imagine” while also adding the words “poor girl”. This made many viewers feel that Tiffany was, in a way, confirming the news. However, neither Ronald nor his ex-girlfriend shed light on this. However, the latest updates regarding the former duo’s divorce proceedings suggest that Tiffany also hasn’t been honest with the audience. Hence, they remain curious to see how things will shape up for them as time passes. Whom do you believe, Tiffany or Ronald? Tell us in the comments below. Keep coming back to TV Season & Spoilers for 90 Day Fiance updates.