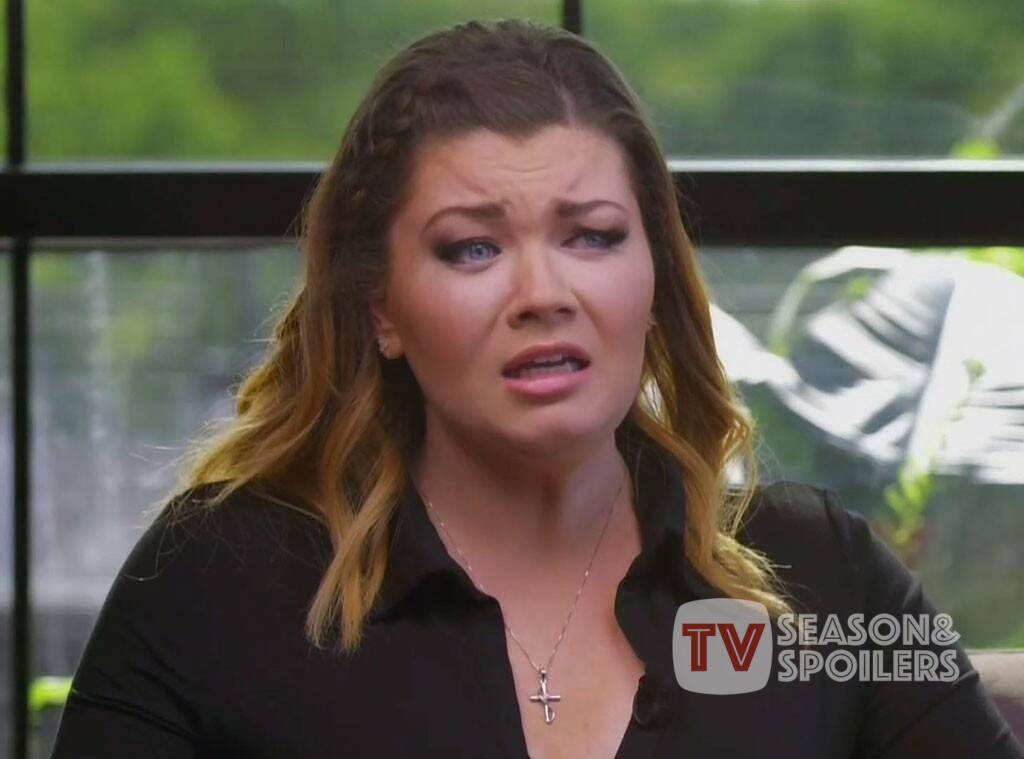 Amber Portwood joined the show in 2009 by appearing on 16 & Pregnant. Later, she became a regular cast member and continued filming with the spin-off series Teen Mom. The show documented her teen pregnancy with her first child, Leah, who is now fourteen. She shares her first child with her high school boyfriend, Gary Shirley. However, things went haywire when cameras captured Portwood indulging in domestic violence with Gary. The court convicted her of violence as well as drug-related crimes. The reality-tv personality has spent quite a few years in prison. Additionally, she abused her other recent former partner, Andrew Glennon. Although, a recent update tells us that she might be leaving the show. Keep reading to know the right story!

The Teen Mom star has been engaged twice, once with Gary Shirley and later to her ex-fiancé, Matt Bier, who was an amateur DJ. Both the ties broke off and did not work well. Apart from Leah, Amber has another child, James, who is now four years old. However, she lost the child’s custody in his infancy because of repeatedly abusing her former partner Andrew Glennon. The mother also threatened him with committing suicide by drug overdose. Further, she lost his custody, and Glennon left her and moved away.

He shifted to his mother’s $5 million mansion in Malibu, California. The residence is 2,000 miles away from Amber Portwood’s native, Indiana. She has been traveling back and forth to see her son and spend time with him. Although, back then, the court had not granted Andrew complete custody of their child James. She was allowed to visit him whenever she wished to do so. The reality-tv star would have to stay in her rental on her expenses if she wanted to see her son. However, in a recent hearing, the court stripped Amber from custody

and granted that to the father, Andrew Glennon.

Since then, she has been struggling to accept the sudden change showered on her. Additionally, the Teen Mom star has not shared the changed parenting dynamics post the recent court decision. In the midst of the drama, an insider claimed that Amber was out of the show and that she has already quit and served notice to MTV. Further, the source stated that her next professional move is not planned or decided yet. The reality-tv star continues exploring her options but is considering real estate.

Teen Mom: Amber Portwood Was Involved In A Bitter Custody War, Refused To Talk About It In The Reunion!

Teen Mom host Dr. Drew tried speaking to Portwood about the custody loss during the reunion ep isode. However, she did not stay on the topic and refused to talk about it. He asked her thoughts on losing her son’s custody. Although, the reality-tv star gave an indirect statement, saying she is not ready to be there. Further, he questioned to clarify what she meant by ‘there’. Portwood seemed in a bad mood and refused to entertain the host.

She adamantly stated that she did not want to deal with the whole custody situation at that moment. The mother of two concluded that everything she went through with the custody was horrible. The show has covered her struggle to remain sober and trying to reconnect with her studies. Viewers also have trolled her tremendously over parenting and individual decisions. Further, the reality-tv star suffers from a borderline personality disorder and bipolar disorder. For more exciting news updates, stay tuned to TV Season & Spoilers.