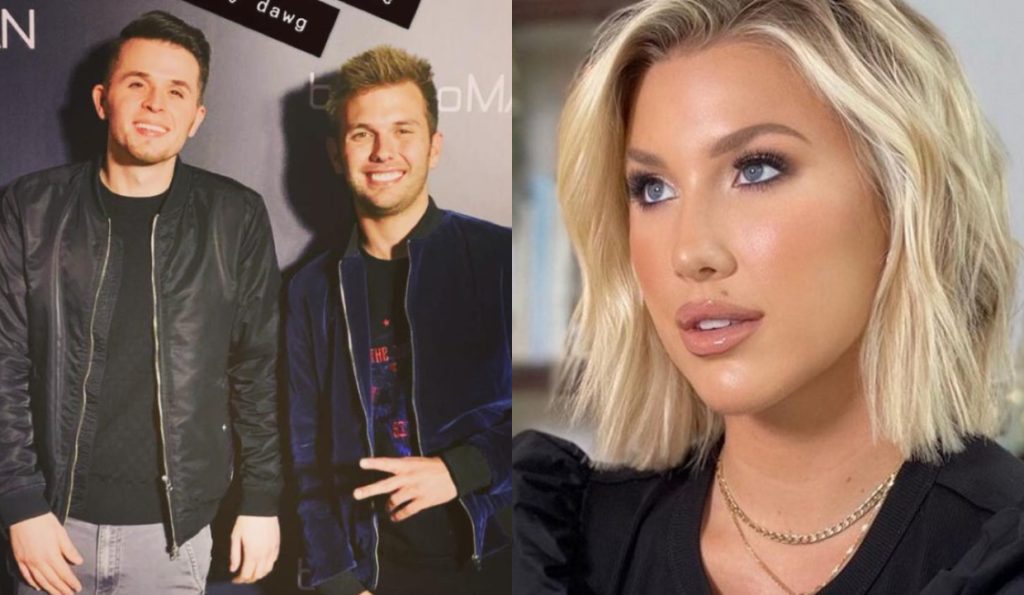 Todd and Julie Chrisley became the newest reality TV couple to bring up drama through their show, Chrisley Knows Best. Their kid’s Chase, Savannah, and Grayson Chirlsy also became part of the show. The USA network series shares a huge chunk of their life. Through the years, Chase and his friends have featured on the show, too, and one of them is Elliot. He even claimed to have a crush on Savannah once. Some new photos on the star’s post reveal that his friend could be hitting on Savannah. Keep reading to know more details about this.

Chrisley Knows Best: Chase’s Mate Elliott Is Head Over Heals For Savannah? Flirts With Her!

Chase Chrisley and Savannah have been a huge part of Chrisley Knows Best. The original show was not enough to depict their separate storylines. They are all set to come back on TV with their spin-off ‘Growing Up Chrisley’. Well, the eldest sibling took to his social media to tease his fans about the upcoming season. He had shared a bunch of photos with his friends, girlfriend Emmy, and sister Savannah. That’s when viewers realized that Chase’s friend, Elliot, was standing a bit too close to Savannah. Apparently, it is no secret that he has had the hots for the Sassy By Savannah creator, as per Tvshowsace

Savannah took to the comments section to pull her bother’s leg. She commented that she let him be the “funny one” in the upcoming season of Growing Up Chrisley. That’s when Chase’s friend Elliott was quick to comment that the 25-year-old is the “hot one”. The Chrisley Knows Best fans were in shock at the upfront nature of Elliott’s comment. Hence, they began speculating if they had started to date one another. Some did a bit of digging and went to Elliott’s social media for more hints. It turns out he was posing with another woman in one of his posts, and they seemed to be dating. Therefore, Chrisley Knows Best fans quickly realized that Savannah and Elliott had just had light banter, and they weren’t going to date.

Chase and Savannah remain very excited to make their return to their show Growing Up Chrisley. A lot of interesting things are happening in their life. Since the court found their parents, Todd and Julie Chrisley, guilty of crimes like tax evasion and bank fraud, the family has been going through a tough time. The siblings are trying their best to put on a brave front and focus on the good things. Lately, Chase took to his social media as he accompanied his girlfriend, Emmy, to the hospital. He put up a video of the two while his partner was in a hospital gown.

The Chrisley Knows Best audience began to speculate that Chase and Emmy are probably expecting a child together. A viewer noted that due to strict COVID-19 rules, adults are not allowed to accompany one another to the hospital unless necessary. Yet, the couple refused to react to these theories. Another side of the fanbase argued that Emmy is not pregnant as it would go against the family’s belief of not having kids before tying the knot. Although Chase has openly spoken up about marrying his girlfriend one day, they don’t seem to be in a rush to do so. Keep checking TV Season & Spoilers for the latest Chrisley Knows Best news updates.