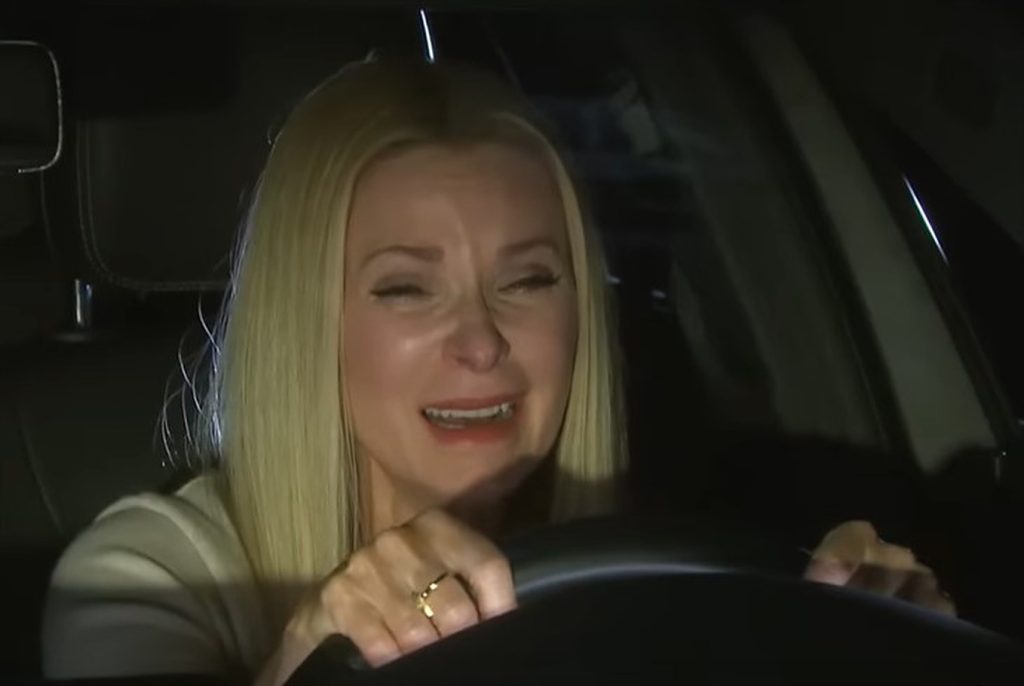 Days of Our Lives: Cady McLain Opens Up About A HUGE PERSONAL LOSS

Things have been hard for the residents of Salem on Days Of Our Lives. The aftermath of Abigail’s brutal murder is still quite evident. Initially, it looked that Chad was the most torn apart by the heart-wrenching loss. Meanwhile, Jennifer stood strong in lending everyone a shoulder to cry on. But it turned out things were not quite as they seemed. Unknown to others, Jennifer was drowning her pain in a bottle of pills. Devastated by her daughter’s loss, Jennifer fell into self-medication and substance dependency as a means of escape.

This, however, took a nasty turn when Jennifer started experiencing the after-effects of the pill overconsumption on Days Of Our Lives. From road rage to having visions of her late daughter, Jennifer is seeing it all! And we must admit that actress Cady McClain is doing a fantastic job portraying the character on-screen. Her pain seems so real that even we can feel it just by seeing it on screen. But, it turns out, it just might be real!

Days Of Our Lives star Cady McClain recently spoke her heart out on the Soap Opera Digest’s Podcast, about her on-screen daughter Abigail’s death. The actress gave us an insight on what it was like filming the difficult scenes, saying goodbye to Abigail, and her real-life heartache that was attached to it.

Days Of Our Lives: Cady McClain Opens Up About Her Heart-Wrenching Loss

“That scene, it just touched me,” Cady shared. “That beautiful girl being so brutally murdered, it just knocked me out.” She admitted as she went on to describe what her first attempt at filming the scene was like. “So the first time I tried to do the take, I couldn’t remember a single line.” Cady confessed. “It just went out of my head, which rarely happens. I’m usually pretty good on that.”

But, everyone around the actress understood why it hit her so hard and was supportive of their Days Of Our Lives co-star. The Executive producer of the soap, Albert Alarr, then gave her a pep talk saying, “Hey, it’s OK, you’ve got this. Trust the material and just go for it.” Cady shared on the podcast.

Cady further described filming an emotionally charged scene as riding a wave. “That’s the best way I can describe it,” she said. “It’s like being a surfer on a board. You can’t think, you just have to go.” She went on to share that she has been on the very wave recently in her real life. “A lot of people don’t know this,” the Days Of Our Lives star admitted, “and it’s odd to talk about, but my best friend died this year of ovarian cancer. And she had it for two years and I was shooting all of that.” She shared the loss is still evidently fresh for her.

“I’m not a method actor,” the talented actress stated. “I don’t replace one scenario for another. I am not crying over my dead friend when I do that scene. It’s just that I have a lot of understanding about loss.” She added. And we get it. The understanding of it all is reflected in the emotions and expressions Jennifer has portrayed ever since she lost her daughter on Days Of Our Lives. And by the looks of where Jennifer’s story is heading, we think the ache is far from finished.

Death is the cruelest and the most real of life that we must face. We hope our dear Cady is able to make peace with her friend’s passing. Just as we hope Jennifer somehow manages to make sense of the new reality of Abigail being gone. Life has to go on, and so must we with it. On-screen and Off-screen, both. Do not forget to tune in to the future episodes of Days Of Our Lives on Peacock to find out what happens next.