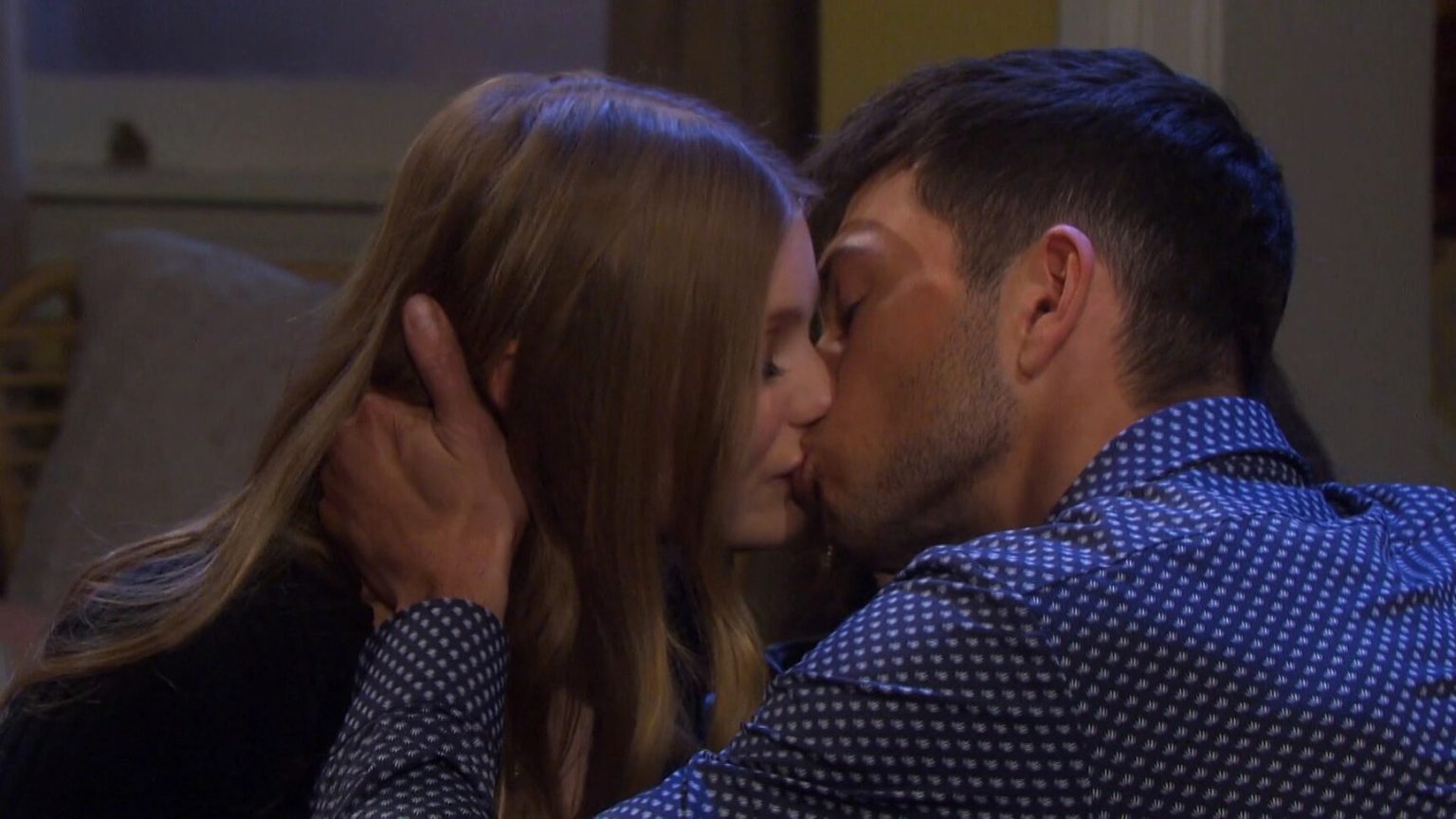 Days of Our Lives: Johnny-Chanel Come Closer, Allie Ends Up With Alex?

Just days ago, Johnny and Wendy decided to give their relationship a try. However, they are still struggling with all the accusations of hiding Li’s brainwashing treatment. While Johnny and Wendy are facing some backlash, Days Of Our Lives recent spoilers hinted that Johnny and Chanel will come closer to each other. Not to mention, Johnny and Allie both are had feelings for Chanel, but she eventually chose to be with Allie.

Although Johnny tried his best to sabotage their relationship, he was not successful. However, things might start to change now. Recently, Kate, Kayla, and Marlena were in serious condition. Although Kayla and Kate faded faster, it was Marlena’s turn to leave her loved ones. She made a last wish for which Johnny and Chanel helped make the presentation slides. They made arrangements for Marlena’s last wish by preparing her and John’s pictures on the slide. While working together on this, Days Of Our Lives spoilers say Johnny and Chanel will come closer to each other.

Not to mention, past few days, Allie is noticing Chanel and Johnny’s growing closeness. Although they say that they are friends, Allie does feel cornered sometimes. There was a time when Allie also shared her ordeal with others. If that is the case and Johnny and Chanel do end up together, how will Allie end up with? Let’s discuss that.

Days Of Our Lives Spoilers: Allie-Alex To Become The Next Pair?

Fans might remember a few seconds of the scene in the Days of Our Lives preview video for fall where Alex was seen kissing Allie. Although it made no sense at that point in time, it does make sense now! Given how the story is turning its direction, it won’t be a surprise if Allie and Alex actually end up together. But the question is – How?

As for now, Allie is already facing issues in her relationship with Chanel. At the same time, Alex is already in a tough spot after his recent phone-switching off mission. After he switched off Stephanie’s phone, he has become the person who is responsible for Stephanie not being able to have last minutes with her mother. Above that, Stephanie already has issues with his jealousy and doesn’t want him to treat her as his property.