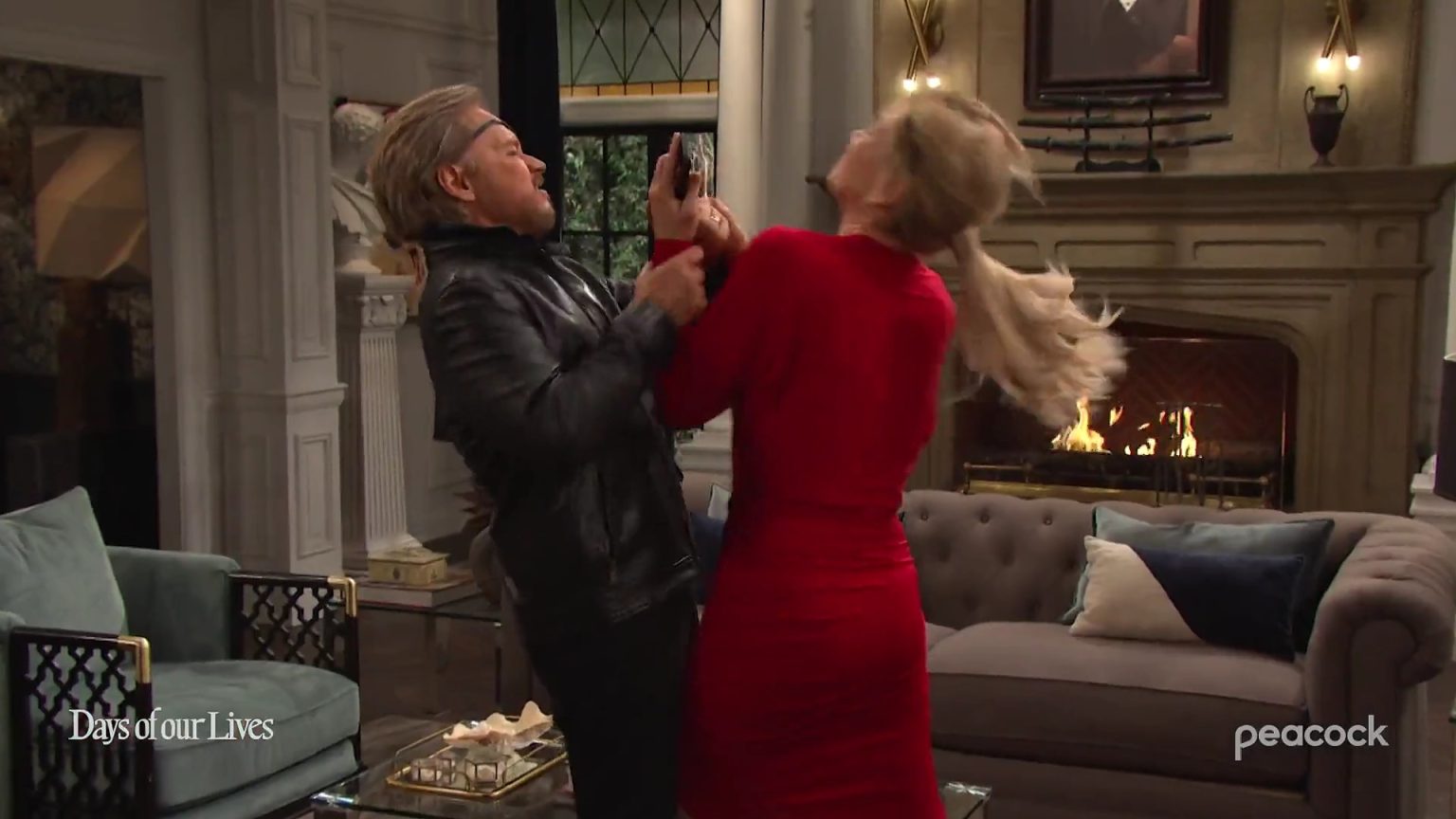 Days of Our Lives preview video for the week of January 16-20, 2023, reveals that Steve will record Kristen’s confession. However, she will be fast enough to snatch the phone from him, but Steve will also not let her go, and will both will fight over the phone. Elsewhere, Sonny will lash out at Leo for his deception and taking his fooling him. Over with Stefan will also confront Li, and they both will get into a physical fight. Keep reading to know what is going to happen in the coming week.

The preview video starts with Kristen and Steve wrestling over a phone. Days of Our Lives spoilers show that Steve will finally record Kristen’s confession about her crimes. Once Kristen knows about it, she will wrestle with him as she tries to snatch the phone. Looks like she won’t be that lucky since the spoilers already hinted that Steve will hand over the recording to the cops. So, Kristen will soon end up in jail.

After that, Sonny is shown crying and lashing out at Leo for taking his friendship for granted. Will Horton will eavesdrop on Sloan and Leo’s conversation as Leo will seek some legal help. He will realize that Leo is also involved in Xander’s drama and will share the same with his husband. This is precisely why Sonny will be screaming at Leo for putting his family in trouble. During the next week, Sonny will kick out Leo from the mansion and might apologize to Will for not believing him.

Further, Stefan will confront Li and Gabi and will fume in rage for brainwashing him and making him hate Gabi. Days of Our Lives spoilers say Li will punch Stefan in the face, and both will get into a physical altercation. It will be interesting to see how Gabi will handle the whole situation. Since Stefan still doesn’t want to have the reverse brainwashing done, how will Gabi react to that? We will know that.

At the hospital, Belle will finally be back in town and will meet her mother, Marlena. The preview clip shows Allie panicking over and informing John “Code Blue”. This means that the doctors will work to shock her heart and keep her alive for a few more minutes. Marlena will be saved in this trial since she will die in John’s arms. However, these three former hostages will be back soon. Comment down below your thoughts on what might happen which brings them back. Days Of Our Lives airs exclusively on Peacock+ streaming app! For more spoilers and updates, visit our website, TV Season & Spoilers.