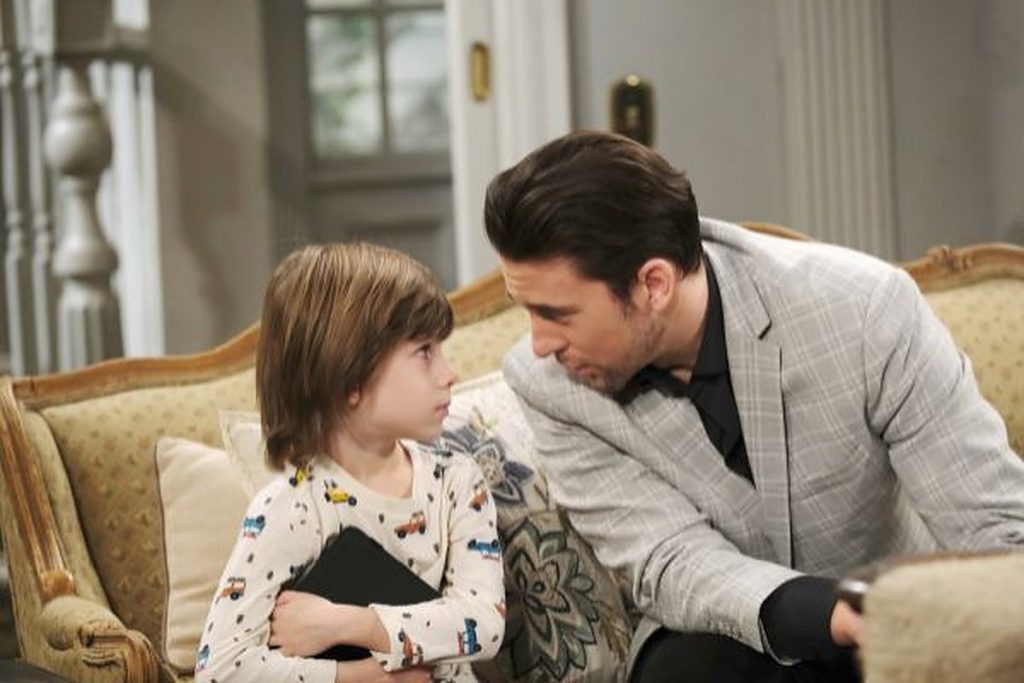 Days of Our Lives recap for August 11, 2022, revealed the story of Chad and Thomas. After Chad did not show up at home the night before, Thomas was upset and ran out of the room as soon as he arrived. Jennifer told Chad to look out for his son and spend time with him. Chad and Thomas went to the town square and had frozen yogurt.

Meanwhile, EJ thought Ava and Gwen were hiding a secret about Abigail’s murder. He asked them to have dinner with him and Ava told him their secret was all about Gwen still having feelings for Xander. In another part of town, Clyde, Nancy, Chloe, and Brady decided to head to the bistro for dinner. Clyde spotted Leo and recognized him as the guy who sold him Abigail’s stolen jewelry. Would he confront him? Here is everything to know.

In this episode of Days of Our Lives, Thomas left the living room after Chad arrived at the Horton House. Chad understood that his son was still upset about his outburst. Jennifer confessed that the problem was Chad did not come back home last night. Thomas was worried something wrong had happened to his father like his mother.

Chad felt sorry and apologized to Thomas. The two of them realized they had to be there for each other. Jennifer suggested that the boys should spend some quality time together. Chad liked the ide a and took Thomas to get some frozen yogurt at the town square.

Days of Our Lives: Ava And Gwen Dine With EJ

Meanwhile, at the DiMera mansion, EJ met Ava and Gwen

after his workout. EJ convinced Gwen to wait and stay for dinner and he would join them. He wanted to join them and know what secret they were sharing with each other.

After EJ’s alarming plan, Ava decided that they needed a new fake secret. EJ returned and thought Gwen and Ava knew something about Abigail’s murder. Ava told him that the big secret was Gwen’s feelings for Xander Cook. Gwen agreed and felt like she had a chance after learning about Lucas’ memories of Sarah Horton.

Further in this episode of Days of Our Lives, Clyde expressed his gratitude to Nancy for giving him a place to stay. He was grateful for her support when he was accused of murder. Nancy wanted Chloe to accept her relationship. She decided to leave and convince her daughter to join them for supper.

Meanwhile, at Basic Black, Leo wanted to become a brand specialist but his proposal was rejected. After Leo left, Chloe went through his work and admitted to liking it. Nancy arrived and was furious to know that Leo had come there for a job. Later, Nancy convinced Chloe and Brady to join her for dinner and they decided to head for the bistro. Clyde found Leo at the bistro and recognized him. Leo had sold the stolen jewelry to him, which was evidence in Abigail’s murder case. Days of Our Lives airs weekdays on NBC. Catch the latest news and updates for the show at TV Season & Spoilers.